The following review was originally published as part of our 2016 coverage of South By Southwest.

“Without improv I’m kind of a loser.” How’s that for a thesis statement? Don’t Think Twice is the latest directorial effort from comedian Mike Birbiglia, and, if that blunt proclamation didn’t already make it clear, the stakes couldn’t possibly be higher. The pursuit of entertainment is all-encompassing–finances, family, and relationships are inevitably affected and, more often than not, sacrificed in the hunt for relevance. Birbiglia explored stand-up comedy’s toll on romantic relationships in his 2012 indie Sleepwalk With Me, and here he broadens his gaze with a focus on friendship and improvisation.

At the center of this story is The Commune, a New York-based improv team on the verge of losing their artistic home, as well as the commercial viability that, like it or not, only fades with time. Ranging in age from their late 20s to mid-30s, the cast of Birbiglia, Keegan-Michael Key, Gillian Jacobs, Tami Sagher, Chris Gethard, and Kate Micucci all embody veterans of the comedy scene, performers who’ve killed and bombed in every storefront in NYC. But when one of them scores a highly coveted gig on Weekend Live–a not-subtle-whatsoever Saturday Night Live facsimile–the rest of the team must cope with the ensuing jealousy, resentment, and ennui as they make one last scramble for the spotlight.

The cast is uniformly excellent; each of them must navigate shifts both subtle and glaring as the dynamics of their team and friendship mutate in the wake of success. Jacobs conveys the most complexity–her Sam is young, but caught between the contentment of personal satisfaction and the promise of fame. Not only is she one of the funniest members of the team, but she can tell more stories with a subtle shift in gaze than most actors could with a one-man show. Gethard also shines as Bill, a sad sack with low self-esteem and some of the film’s most gutting lines–in addition to this review’s lede, he also breaks hearts when he says his father is “nostalgic for a time when I was the star of every play.” As the opportunistic Jack, Key has the toughest role. He loves his friends, but not nearly as much as he loves the idea of being famous. That he’s still able to earn our empathy is a testament to Key’s warmth and natural charisma.

As in Sleepwalk With Me, Birbiglia (no stranger to the low-rent dregs of big-city comedy) has a keen eye for detail and a knack for culling naturalistic performances. He’s also good at capturing moments–Googling your more successful friends, for one–that will cause groans of recognition from anyone with performing experience. His penchant for naturalism extends to the fact that his broke-ass protagonists work menial service jobs and live in dumpy apartments with plywood walls.

That said, Don’t Think Twice never quite goes far enough. In pre-release press, Birbiglia hinted at backstabbing, passive aggression, and cruelty, something that’s all too common among emerging performers. But he’s too in love with his characters to ever truly expose their ugliness. There’s some bite: the film never shies away from the fact that Birbiglia’s Miles regularly puffs himself up in front of his 22-year old improv students so he can get into their pants, for example. But most of the characters are comprised almost entirely of round edges. There’s a reason I can’t recall the names of Micucci or Sagher’s characters just minutes after seeing the film; it’s not that the performers don’t impress, but that their characters never evolve past their prescribed archetypes.

Fame is a gamble. A few win, but most lose. And Don’t Think Twice lets all of its characters off just a little too easy, making its happy ending feel unearned and a touch schmaltzy. Birbiglia also begins and ends his movie with a didactic voiceover that, when coupled with archival footage of improv’s genesis, divorces us that much more from the characters. Because Don’t Think Twice never resonates as a testament to the power of improv, nor should it. It’s a movie about friendship. This starry-eyed gaze at both the form and the characters shows that Birbiglia just might be a little too close to the subject he’s trying to excavate. Maybe a successful comedian isn’t the best person to make a film about struggling ones?

Regardless, Don’t Think Twice is a brisk, engaging watch. It’s sweet, it’s melancholy, and, perhaps most importantly, it’s hilarious. And despite the film’s soft teeth, it’s still the most honest and unfiltered exploration of improv comedy you’re likely to find out of Hollywood. For that reason alone it should become mandatory viewing in all Improv 101 classes. 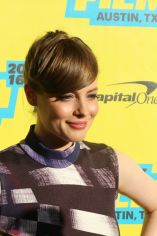 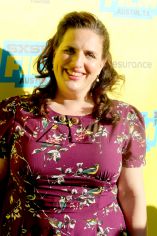 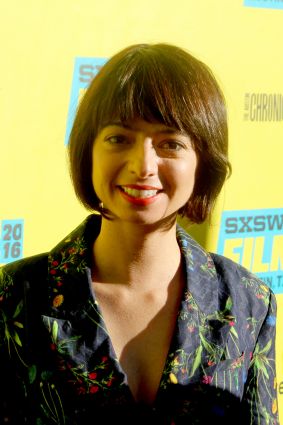 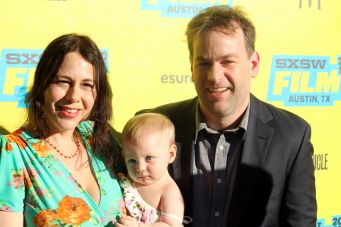 The Birbiglias // Photo by Heather Kaplan 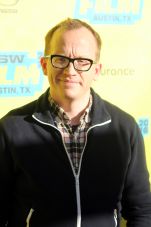