Lollapalooza, which first started in 1991, is older than a lot of the artists who will be performing on its stages in Chicago this weekend. That doesn’t mean the festival itself is overstaying its welcome, though, as festival founder (and Jane’s Addiction vocalist) Perry Farrell is still trotting out big-time performers like Radiohead, LCD Soundsystem, Red Hot Chili Peppers, and a host of others.

No matter how far down the poster you read, Lolla’s lineup is stacked, even if some of the names aren’t familiar yet. We say “yet” because among the tiny fonts lies an abundance of talent, including the following acts who are bound to break out or have already started to make names for themselves.

Click ahead to see which of these acts are a must-see this weekend at Grant Park. 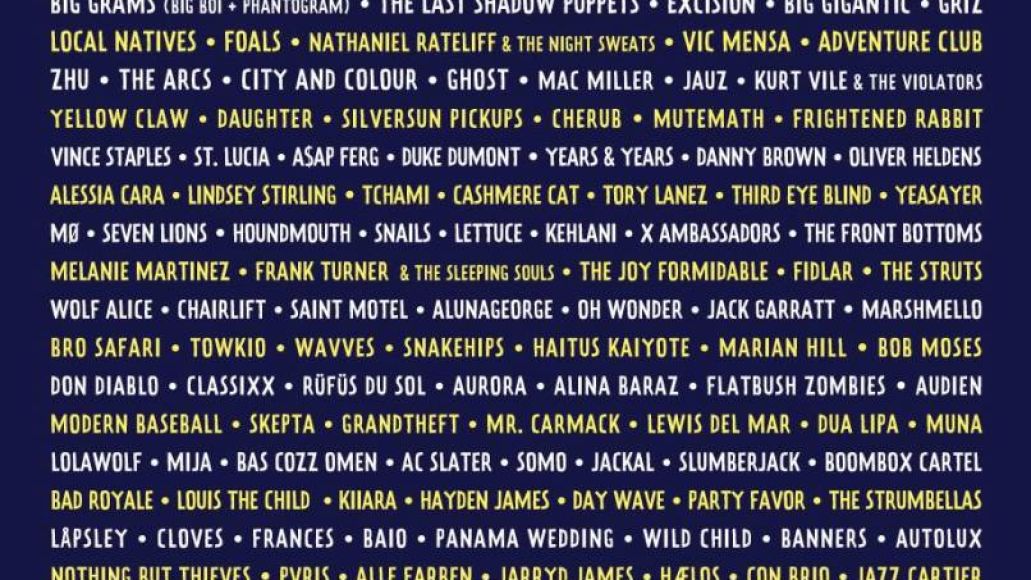 The New York-based Tor Miller has found a sound that’s nostalgically forward-looking, merging the contemporary sounds of upbeat indie acts like Grouplove with the timeless ballads of classics like Bruce Springsteen. The young singer is an indie superstar waiting to happen, considering he is signed to Glassnote Records, the label that’s also home to success stories like Mumford & Sons, Phoenix, Childish Gambino, and CHVRCHES. “Carter and Cash” is a beauty of a single as well, and hopefully its enchanting pop hooks and sense of adventure are indicative of what’s to come on his debut album, American English, which drops on September 30th.

“I Don’t Wanna Be Funny Anymore” is one of those songs that sounds like you’ve heard it a hundred times even if it’s only come out of your speakers once, but that’s a positive. It’s immediately able to tap into a comfortable space in a way that most rising acts aren’t able to manage, and that should hint at some staying power for Lucy Dacus. She’s on the road opening for The Decemberists at the moment, and her debut album, No Burden, will receive a physical re-release via Matador Records on September 9th.

St. Louis rapper Smino hopped on a track with Chance the Rapper, Big Sean, and Jeremih that, to the displeasure of the artists involved, was leaked. Still, the Coloring Book cut at least shows that Smino belongs in the same room as the big boys of hip-hop, as does “blkjuptr”, the subtle production of which makes way for Smino’s baby-skin-smooth flow to shine through. Like Chance, he’s also an extremely capable singer able to provide his own hooks, and from where we’re sitting, it looks like just a matter of time before Smino gets an increased font size.

This Chicago duo are fine purveyors of what could be described as “subtle EDM,” as their unmistakably modern electronic instrumentation teases gigantic rave-ready drops but instead settles into more of a head-bobbing groove that’s just as satisfying, or more so for listeners who love being surprised by a change of pace. Louis the Child also teamed up with Icona Pop for recent single “The Weekend”, and the two acts of contrasting energies pull each other slightly out of their traditional comfort zones in a way that benefits both. A couple more high-profile collaborations like this and Louis the Child could easily be the next big pop producers and breathe some life into the radio.

The re-emergence of Blink-182 has ’90s punk on the collective brain again, but New Jersey-based The Front Bottoms do it a bit differently. They’re not so much like classic singing-about-sneaking-out-at-night pop punk, but more akin to something between Guided by Voices and Parquet Courts, with enchanting vocal melodies that work within a framework of raw guitar rock that could derail from its track at any second. They maintain control throughout, though, and the wild ride that throws you around the train is all the more fun for it.