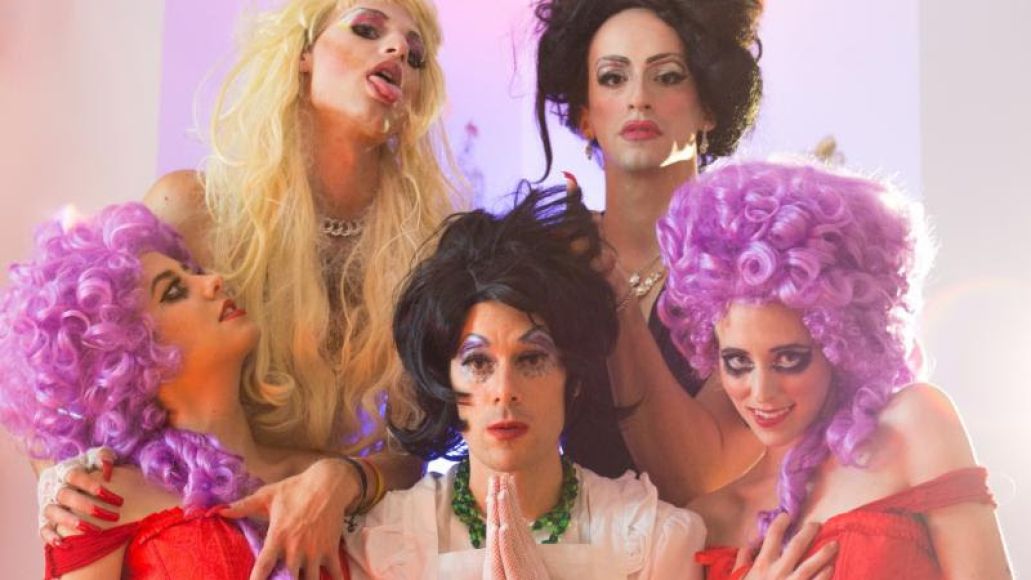 It’s been two decades (!) since of Montreal first formed. Over those years, the band have changed shape and sound countless times, but Kevin Barnes’ kaledescopic look at the world has never unwed itself from existentialism or the strength of love. Though their past records have begun to feel muted, Of Montreal return with “My Fair Lady”, their second single off Innocence Reaches — out August 12th via Polyvinyl — which feels like a return to form. The song’s animated synth and joyful percussion recall Hissing Fauna, complete with a tempo change, but where it really acts like their past selves is in the lyrics. Barnes sings about the weights of relationships and the strain of both maintaining one and ending one. “Because you were damaged, I have to give all the love that was meant for you to somebody else,” he sings, vocal flair present as ever. “Because you’ve been so abused.” The way he sings it, though, lets you know it’s equally directed towards himself and, in turn, all of us. Oh, the universality. –Nina Corcoran