With so many musicians crafting beautiful songs on acoustic guitars, it’s increasingly difficult to stand out from the singer-songwriter pack. Sterling, Illinois’ Trevor Sensor has an atypical solution to the problem that’s working amazingly well: He just makes ugly music. Sounding something like it’s being wrung out of gravel-coated sandpaper, his pinched voice may not seem immediately attractive, but it’s his impassioned delivery and everyman poetics that are leading him on a steady rise.

At just 22 years old, Sensor’s climb to the top of the Americana heap began back in March with the release of his well-received Texas Girls and Jesus Christ EP. Now, he’ll take another step up with his sophomore effort, Starved Nights of Saturday Stars, out August 5th via Jagjaguwar.

The EP’s lead single, “When Tammy Spoke to Martha”, speaks to the young musician’s idiosyncratic sound, something that’s not quite folk, not nearly rock. There’s subtle torment in the interplay of the guitar and piano, the sort of pain that comes just from living. Yet with the playful plucking and lilting strings peppered over the bridges, there’s a hopefulness woven throughout. It’s that sort of derelict charm that’s very clearly Trevor Sensor in all his sincerity, which he himself realizes isn’t always the easiest sell. “So you better pretend/ ‘Cause whatever’s broken, I don’t want to mend,” he sings in his crackling trill. “It’s not what I wanted to be/ And it’s not what you want to say.”

That push and pull of maintaining integrity while seeking acceptance is well reflected in the track’s video. “For the video, I wanted to take the opportunity to laugh at the struggles of an artist that I myself have experienced, as well as others,” Sensor tells Consequence of Sound. “Trying to get someone to laugh at a joke, emotionally connect to a song, or get engaged by a piece of prose that you’ve made is a very difficult thing. All you can hope for is that enough people start to dig what you do to assert a societal pressure that your work should be thought about and given the respect and acclaim that you in your own, little head think it deserves. This is how it always happens — it’s a giant snowball effect that will either bless you or won’t occur at all.”

Watch the clip for “When Tammy Spoke to Martha” above. Starved Nights of Saturday Stars is available for pre-order at Trevor’s website. Those who opt for the 12-inch vinyl version will also receive a copy of Sensor’s short story All Your Pretty, Drunk Words as part of the “Jagjauwar Reader’s Companion”. 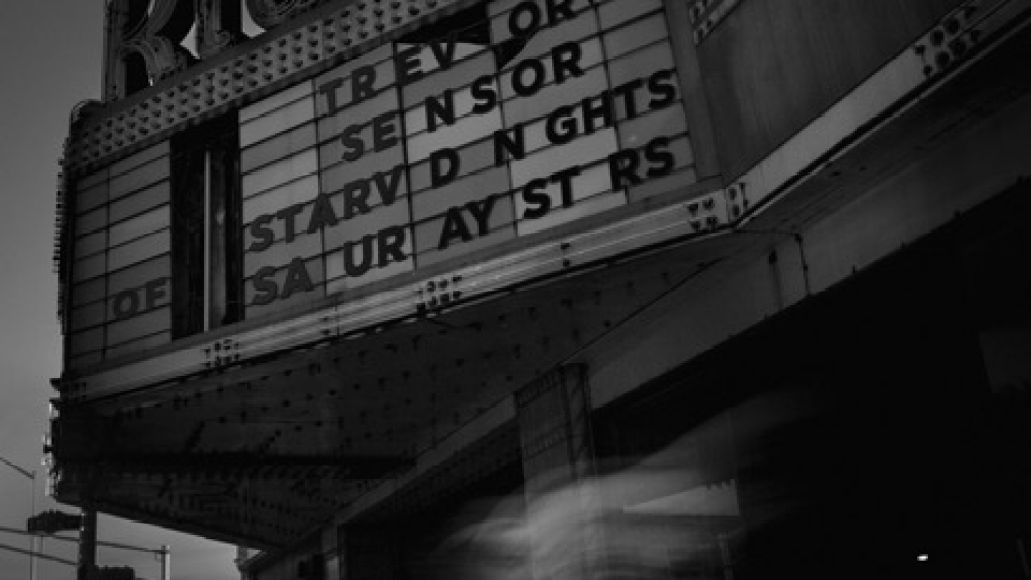 
Having just wrapped a US tour with The Staves, Sensor will head back on the road in August for dates across Europe before returning to the States in September to open for Foy Vance. Find his complete itinerary below.