Only two years in, Canada’s WayHome Music & Arts Festival is technically in its infancy. Yet, the three-day bash — located about 90 minutes north of Toronto, Ontario, at the 92-acre Burl’s Creek Event Grounds in Oro-Medonte — has had a distinct advantage: years of experience from a partnership between local vets Republic Live and Bonnaroo co-founders AC Entertainment and, more importantly, the capability to look at myriad other long-established festivals and borrow their most successful elements, or at least draw inspiration from them.

Mirroring Coachella, there’s immersive lighting production on each stage and installation art gleaned from the desert fest’s metal-meets-nature aesthetic. The campgrounds and on-site accommodations — particularly the tree-shaded artists’ alcove — look almost exactly like Bonnaroo’s. Trippy projections are cast across encircling trees, much like Levitation. Local food vendors dish out all sorts of delicious cuisine (mmmm poutine!) similar to ACL Fest. And giant flags — in fact, the very same flags used at Glastonbury one month earlier — line the walkways. All of these features effectively culminate into a best-of fest. 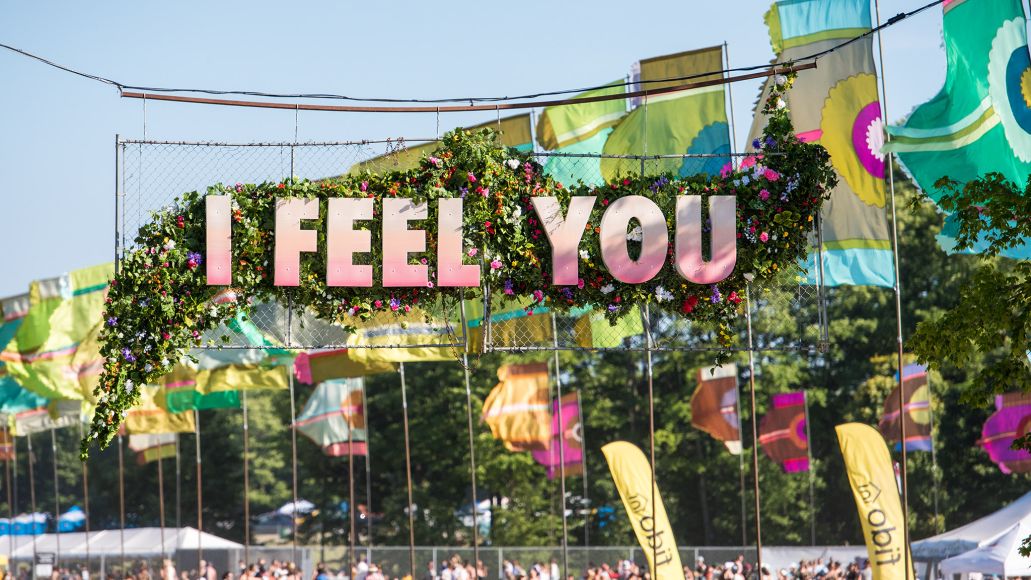 And then there are the lineups. Last year’s roster topped by Neil Young, Kendrick Lamar, and Sam Smith drew 35,000 people, and this year’s — arguably one of the strongest of the season — tapped headliners LCD Soundsystem, Arcade Fire, and The Killers, with attendance rising to 40,000. Other fest vets on the bill included FKA twigs, Savages, Major Lazer, Haim, M83, Ray LaMontagne, Chvrches, Metric, Gary Clark Jr. and Chet Faker, plus an impressive number of Canadian acts like Arkells, Dilly Dally, Black Mountain, Stars, BadBadNotGood, and White Lung, to name a few.

Booking so many talented Canucks is mightily admirable. It reveals the fest’s interest in bolstering its country’s grassroots scene, not to mention a commitment to fostering a sense of community. Even more so, commonality between all peoples who traveled to WayHome was established by the fest’s overt code of ethics. It wasn’t quite on par with Bonnaroo’s clear-cut list of commandments, the Bonnaroovian Code, but a utopian aim still shone through. 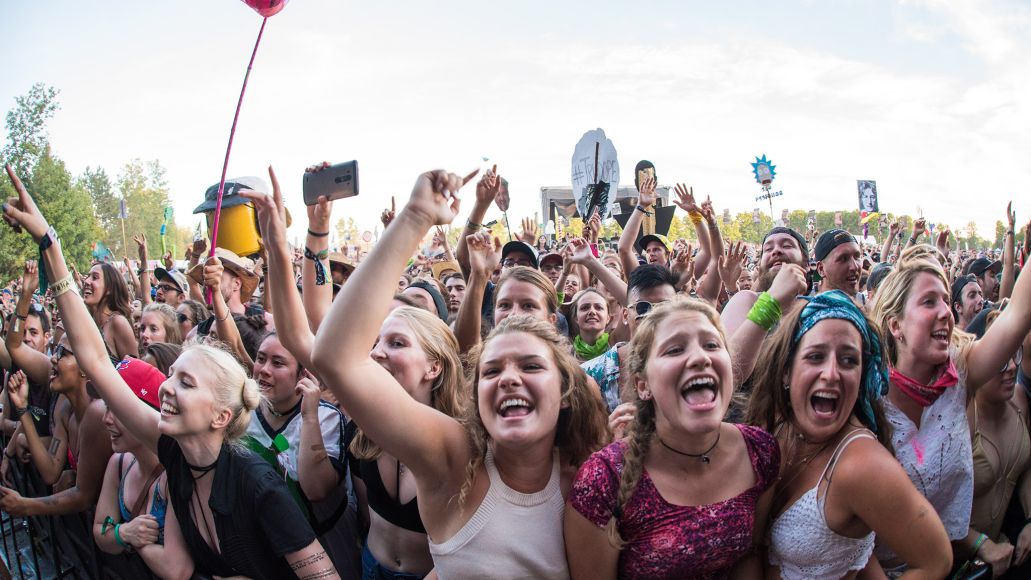 “Welcome Home,” read a sign above the main gates, reminding all those entering to leave their egos at the door and treat one another as family. And for the most part, the idea seemed to work. I arrived at my campsite with next to no resources and was immediately greeted by Canadian neighbors with smiles and friendly hellos, cold water, and a shaded spot to sit. They continued to offer me anything and everything throughout the weekend, even if I didn’t always need it, and I witnessed countless acts of no-strings-attached fellowship among others each day.

The same sort of optimism was offered to artists — even if people were clueless about a band’s music, you could see them making an effort to enjoy, often giving themselves over to it. The Roo peeps down in Tennessee would be proud of Canada’s capacity to radiate positivity. 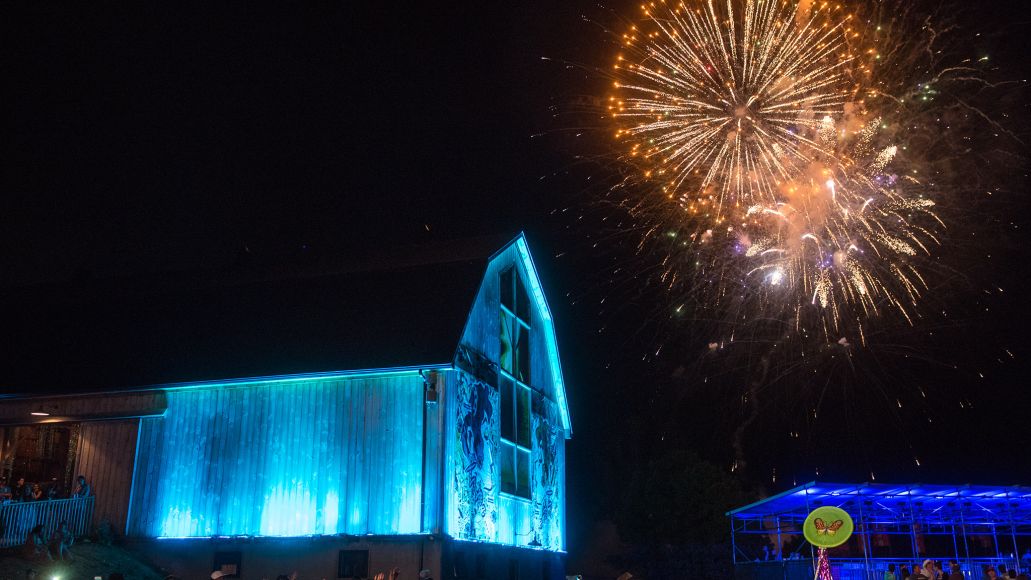 Honestly, I have zero complaints, but of course, a festival should always strive to innovate and improve. Though some part of me hopes it will stay small-ish, what will really make WayHome stand out in years to come will be its ability to grow a fiercely loyal core fanbase — those that will purchase tickets for the experience, no matter who’s on the lineup. It’s the sort of thing that will ultimately be achieved by good, old-fashioned word of mouth. So listen up, future WayHomies: Canada ain’t that far, it’s goddamn beautiful, and the people are nice as hell — come find your way home with the rest of us next year.

Click ahead to see the top 10 sets of the fest, plus our exclusive photo gallery. 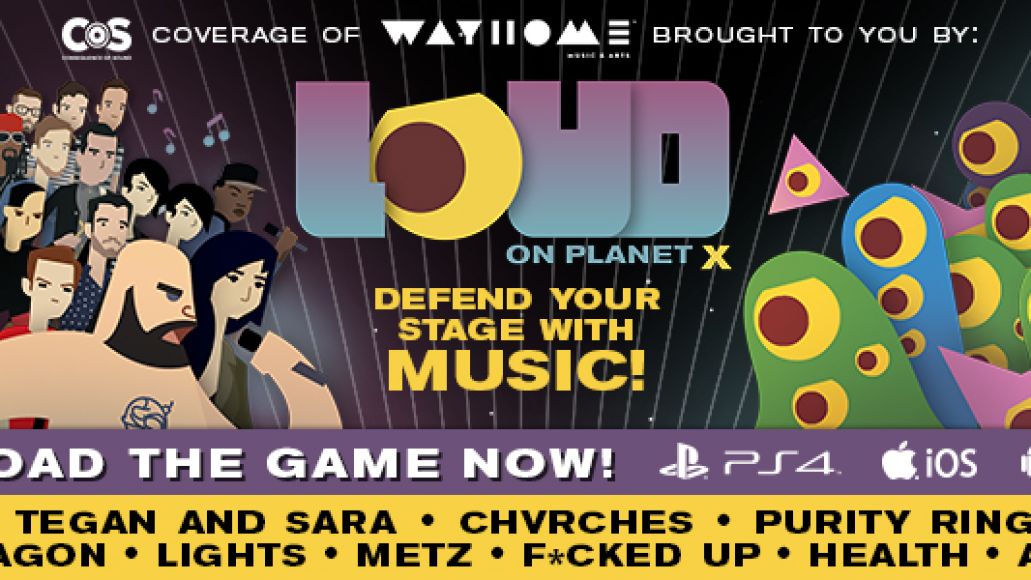