Ever wonder which movies inspire your favorite bands or how filmmakers work with artists to compile your favorite soundtracks? Sound to Screen is a regular feature that explores where film and music intersect. This month, Austin electronic outfit Survive offer their wisdom to future electronic artists.

By now, you’ve seen or at least heard about Stranger Things. Netflix’s talk-of-the-town series has been feverishly absorbed into the pop culture lexicon, bringing everyone back to the early ’80s with its echoes of Steven Spielberg, John Carpenter, and Stephen King.

Part of the show’s allure, though, is the music. Not just its indelible mixtape of Toto, Foreigner, Joy Division, et al., but its underlying score by composers Kyle Dixon and Michael Stein, whose extraterrestrial compositions ooze with intimacy.

“This is music that also stands on its own, a work by turns eerie and sparse, but also tinged in the warm nostalgia of bike rides at dusk and the loyalty of friends,” Zack Ruskin recently wrote in his glowing A- review of the soundtrack’s first volume.

Such singularity shouldn’t be too surprising for anyone familiar with Dixon and Stein’s past work. After all, the two musicians are but one half of Austin electronic outfit Survive, a group that’s been issuing exceptional synth music for over half a decade.

Alongside Adam Jones and Mark Donica, Dixon and Stein have assembled an impressive catalog, one that’s landed them on essential soundtracks (see: 2014’s The Guest) and several prized music festivals (Moogfest, Levitation). 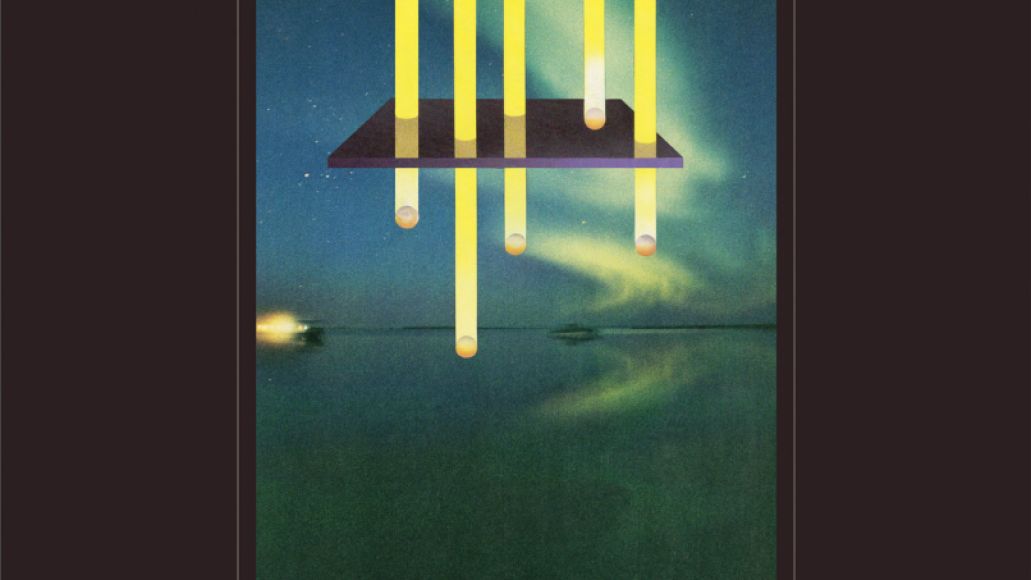 On September 30th, Relapse Records will unveil their second full-length album, RR7349, a haunting, emotional collection of ambiance that not only expands upon their 2012 self-titled debut but the rigid confines of your own imagination.

A few adventurous listeners might even feel inclined to create some synth music themselves. Because of this, we asked Dixon, Donica, Jones, and Stein to lend us a hand in creating a guide on how to make that impossibility a reality.

Below, you’ll find out what equipment to buy, what albums you need to hear, and what cliches you’ll want to avoid. They even offered a few additional pointers that should come in handy when you finally set up your own lab to experiment. 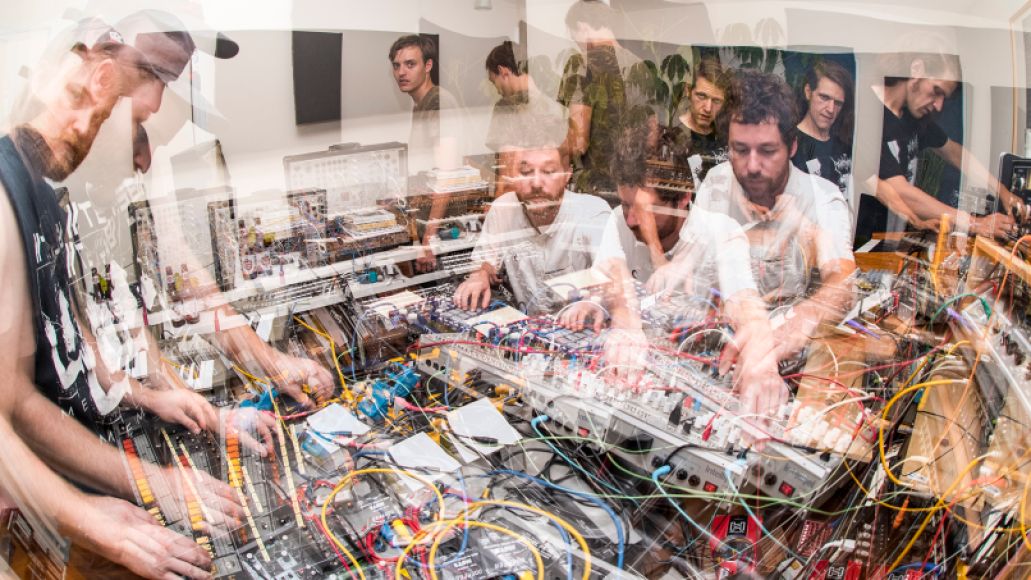 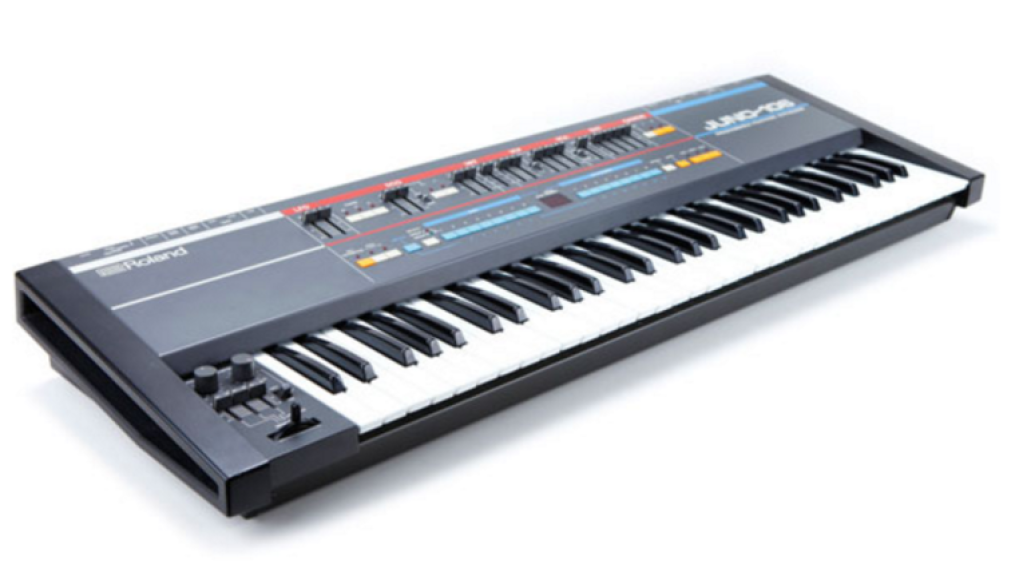 Roland Juno-106: “It’s an analog synth from the ’80s. They’re easy to use and they have a good sound and they’re cheap — sort of. Actually, maybe they’re not that cheap anymore … no, they’re not cheap,” says Donica. He’s right. Reverb.com has a used one listed at $700.

“The signal flow is left to right, and it’s really easy to understand and teach you synthesis,” adds Stein of the Juno-106. “It’s probably one of the most intuitive designs for a novice to understand what the signal flow is doing if they’re interested in learning synthesis versus just knobs being everywhere and kind of just turning them without knowing. 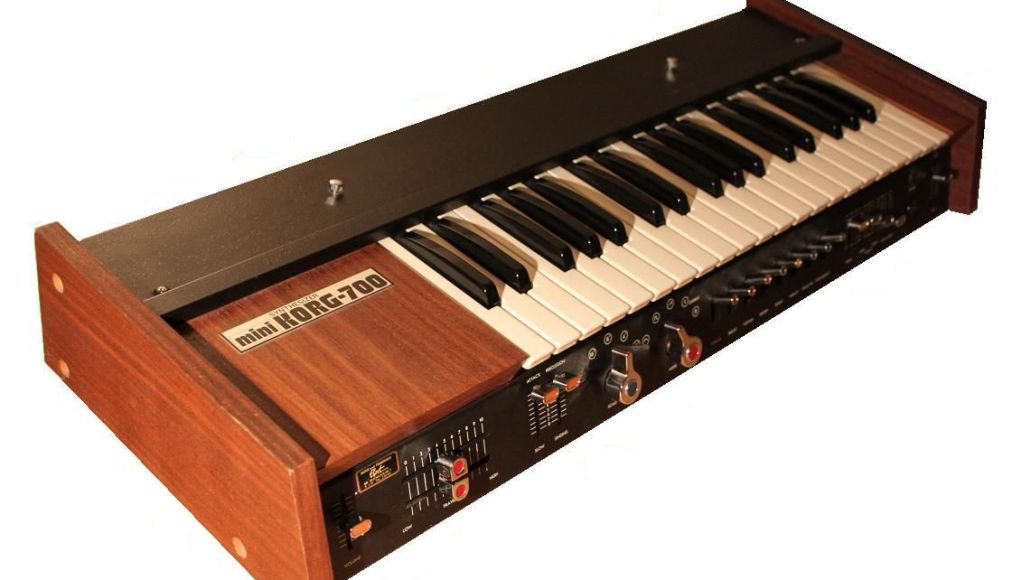 miniKORG: “That was my first synth — it’s super limited, but it sounds great. You don’t have to worry about anything; there’s only a few controls, and it’s going to sound good no matter what you do,” says Dixon. 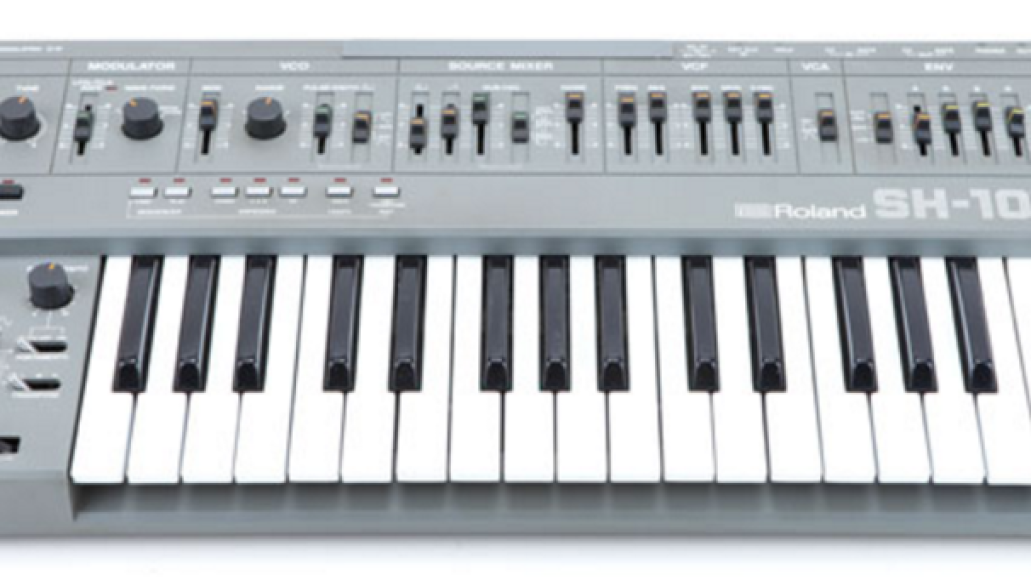 Roland SH-101: “They sound really good and the sequencer is super easy to use, so you can have fun with it pretty fast and make some loops and get some tracks going without having to know too much about step-sequencing or anything else like that,” says Jones.

Equipment They Can’t Survive Without 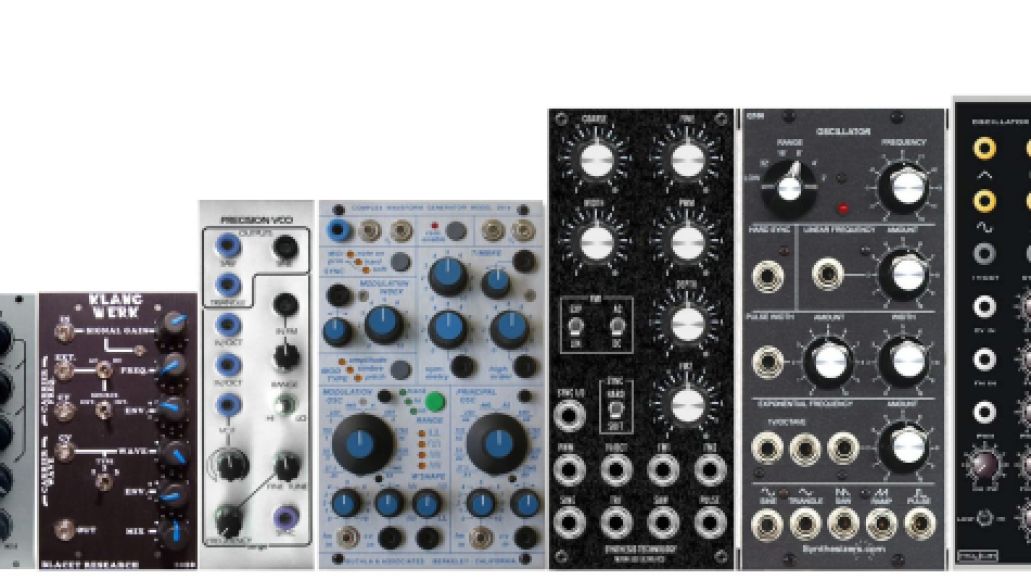 Modular Synthesizers: “A bunch of modular stuff,” Donica suggests. “That, to me, is like expert-level synthesis right there. It’s complicated, but you can do the most stuff and it sounds awesome.” Dixon agrees, adding: “I will never get rid of my modular stuff. I will probably quadruple, if not more, the amount of modular synths that I have. I just don’t see myself stop buying that stuff anytime soon — they keep making new stuff, and they work so well with all my old equipment.” 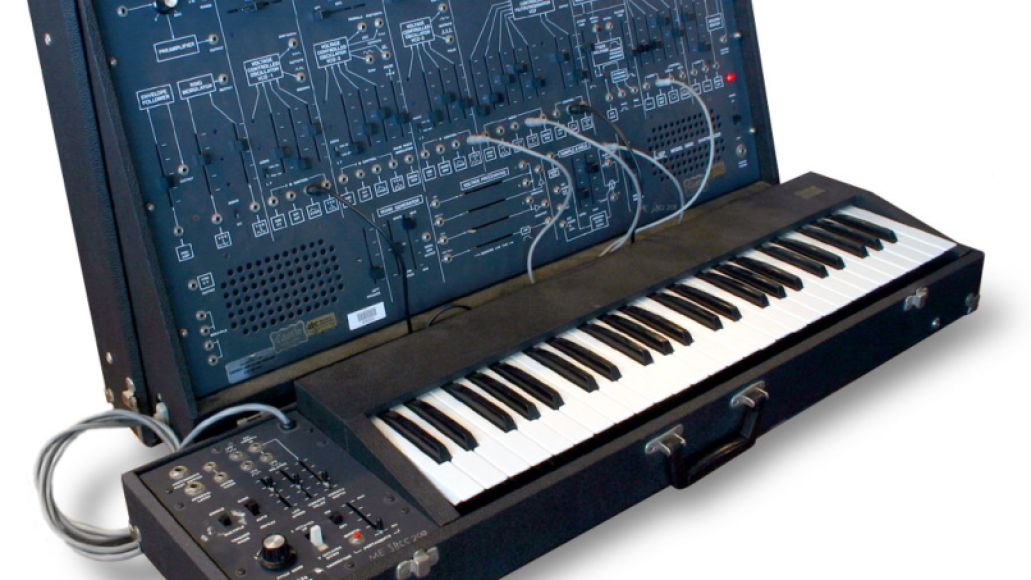 ARP-2600: “I don’t know if I’d ever really want to get rid of that. It seems to be making its way into every song,” adds Stein. 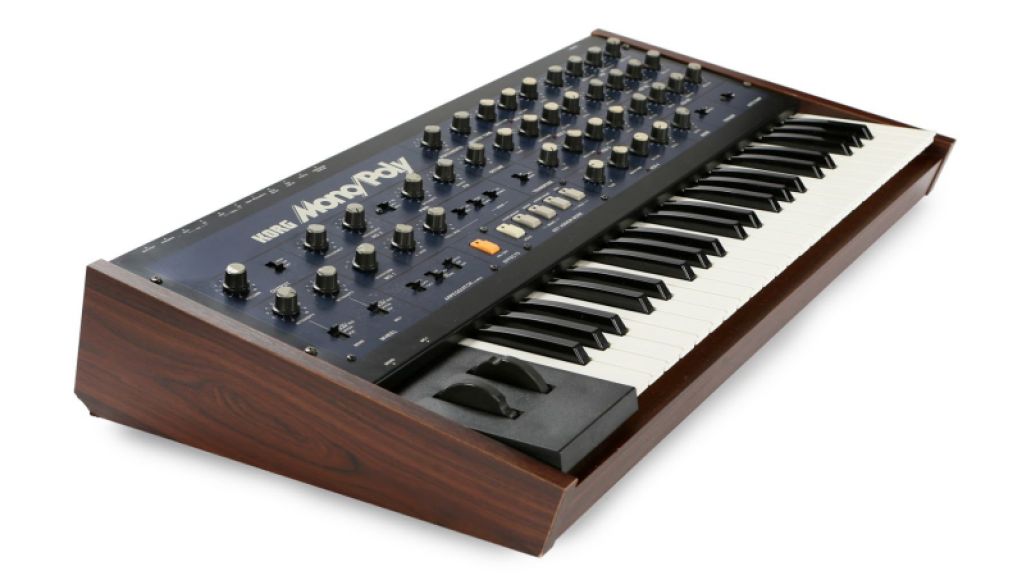 Korg Mono/Poly: “I’ve had a Mono/Poly for a very long time,” Dixon says. “It doesn’t make it onto every recording, but I will never get rid of that synth unless something terrible happens and I’m no longer able to have it — then I’ll just replace it. It doesn’t sound too retro; it can sound super futuristic. I’ve had it forever. I use it at all the live shows. It’s just something that I’m always going to have.” 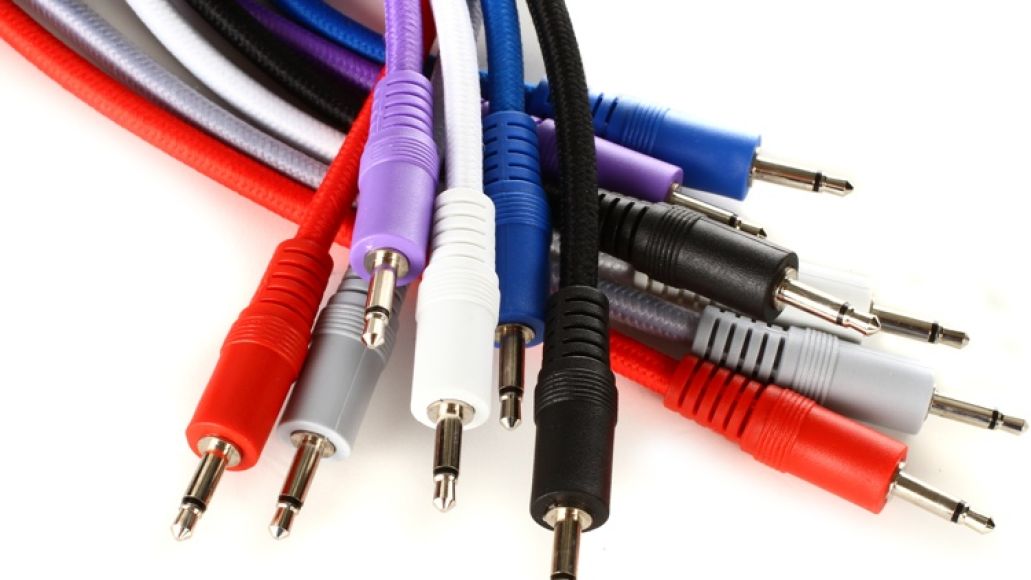 Strong Cables: “Cables just go bad and we need to keep on top of them,” Stein insists. “It’s just something you never think about. One time after we finished playing a show, after really bad static and jostling, we walked off stage, and the first thing that one of our friends said was, ‘Wow, $15,000 worth of gear on stage and you can’t buy some fucking nice cables.'” Lesson learned? Don’t skimp out on the accessories. 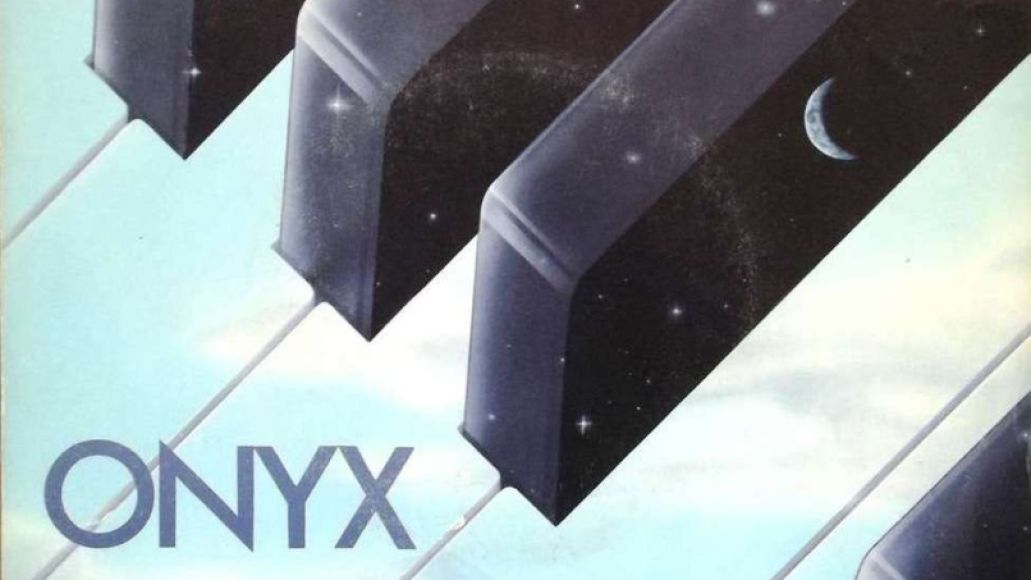 Dixon on Space Art’s Onyx: “They’re probably one of the best synthesizer bands in existence, and they’re a huge influence on our music. I don’t know if we’re as good as them — we’re not as good as them — but we all like them.” 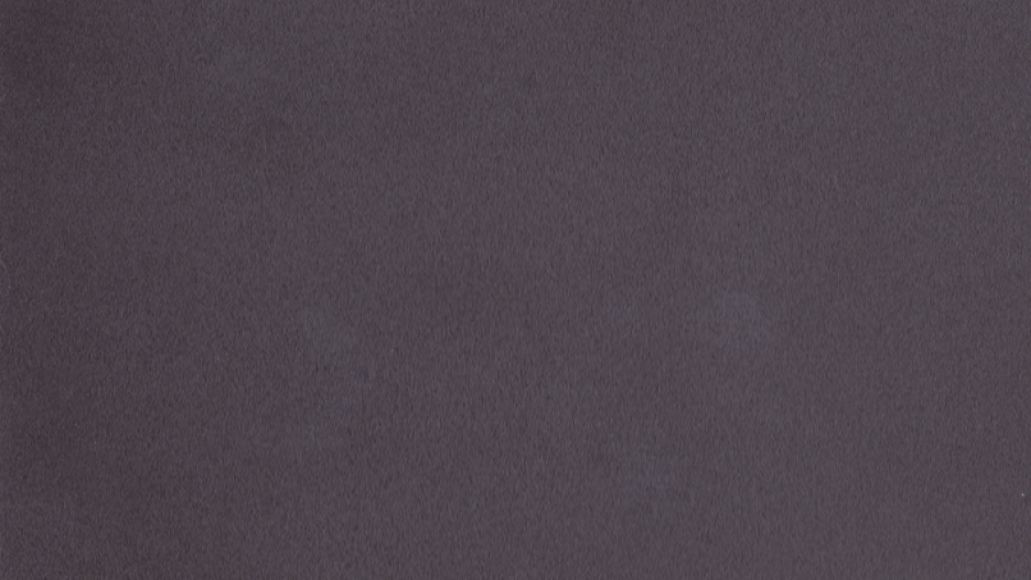 Jones on Autechre’s LP 5: “It’s not like anything we’re really doing right now, but it’s a really good experimental electronic album. It’s like one of my all-time favorites.” It’s a choice Dixon also approves. 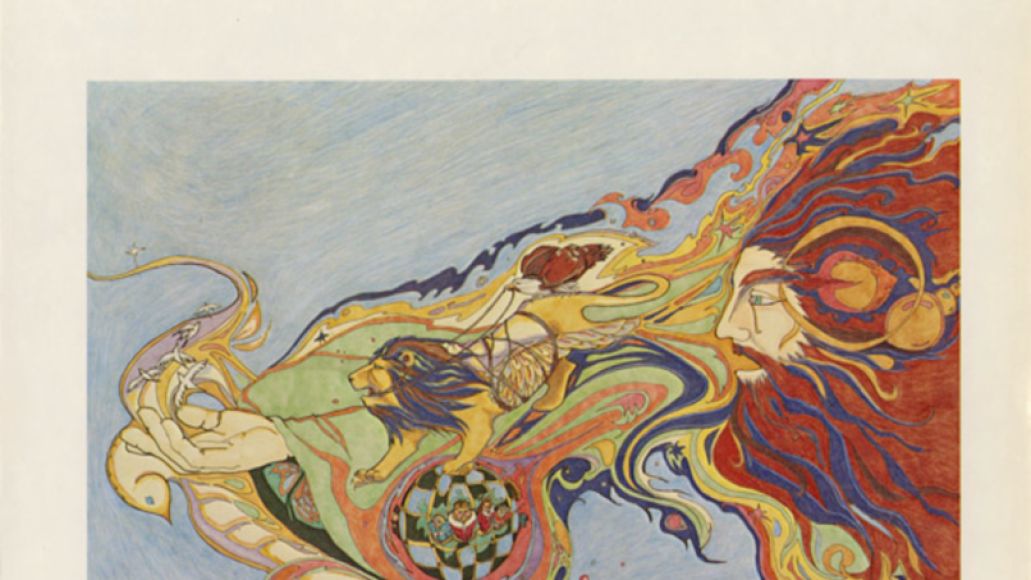 Stein on Michael Stearn’s Planetary Unfolding: “Just listen to that one if you don’t know what to put on. You will not be disappointed … ever.” 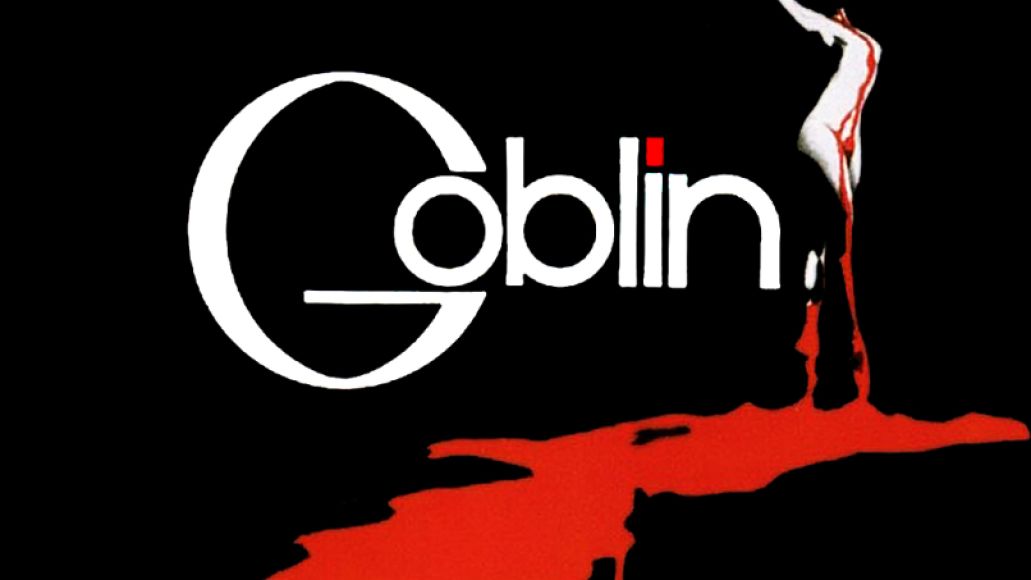 Donica suggests everyone listen to Italian progressive rockers Goblin. This writer couldn’t agree more. Check out their soundtracks for Zombi (aka Dawn of the Dead), Suspiria, and Sleepless. 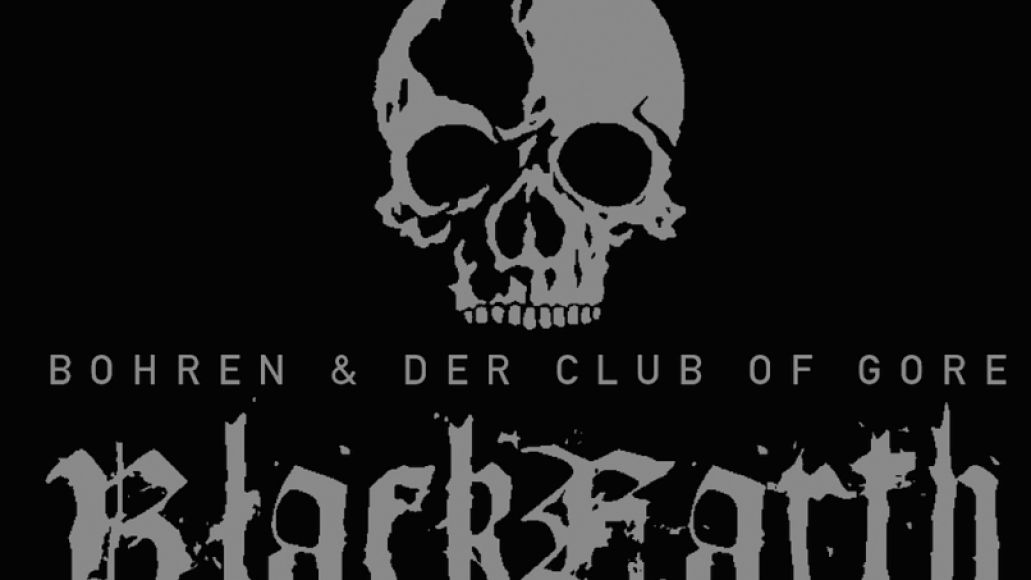 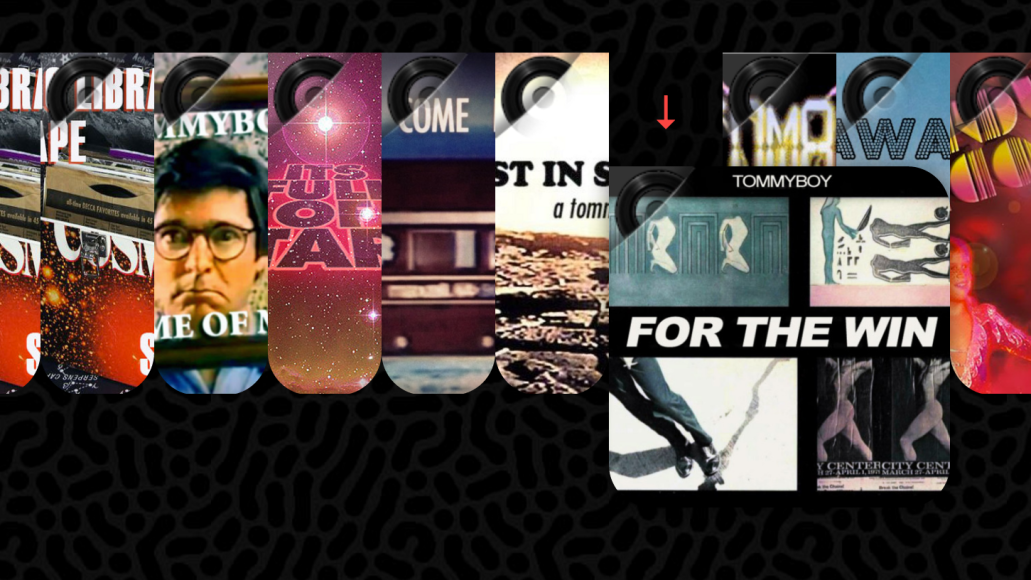 Dixon has one final suggestion (one the band agrees with): “Any mix by Tommy Boy. Tommy Boy mixes are top notch.” Check ’em out here. 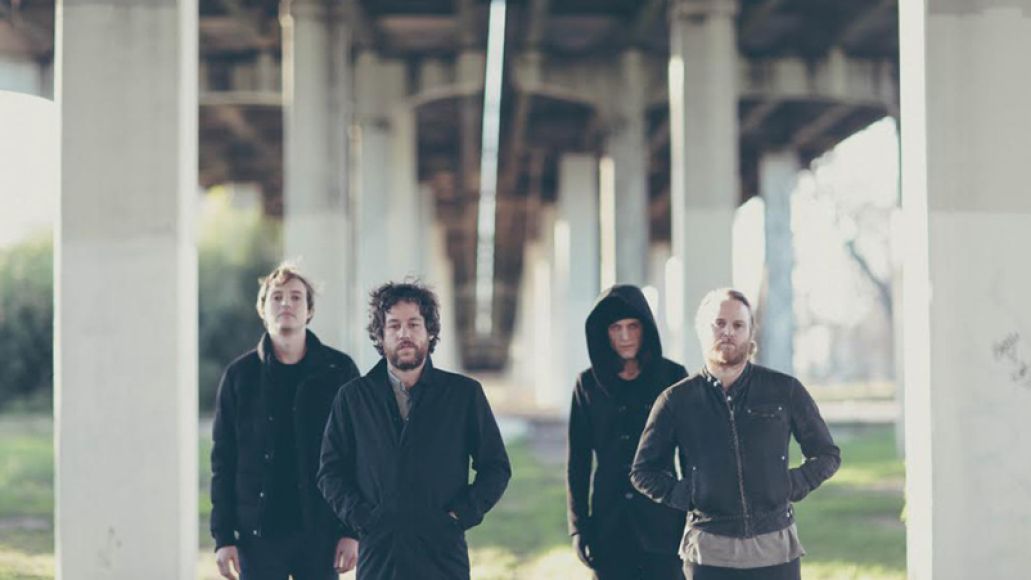 Dixon: “I’m guilty of doing this myself, but two octave arpeggio basslines. Don’t do that. It’s a good way to sound like a cliche unless you can pull it off.”

Stein: “Don’t do vocal samples that are like, ‘Oh my god, it’s coming.’ Don’t sample movies and put that in your song, especially if it was a good song because it’s not a good song anymore.”

Jones: “One cliche is when people use synths that are a little too shitty-sounding. It depends on what kind of shitty, but yeah, just bad sounds. [Laughs.] That’s all subjective, so…”

Stein: “If you get a microKORG, you probably shouldn’t use the presets. That got pretty heavy play in like … 2007?”

Donica: “I would say using the presets in [music software] Reason and stuff is super cliche, and a lot of people do it. It’s not a good look, I don’t think.”

Stein: “There are exceptions to all of these.” 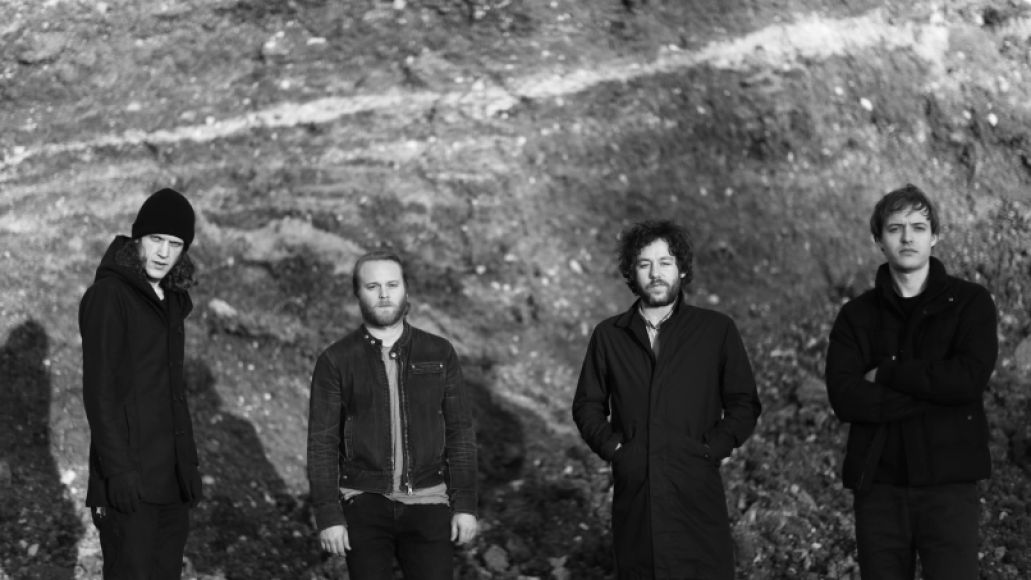 On working alone vs. collaborating…

Dixon: “I think you should do both, but I think starting alone is important.”

Stein: “I think you should embrace [collaboration] if you find people you can work with and collaborating is easy — you should definitely keep doing that.”

Donica: “I think collaborating makes it more fun, but it’s also important to know what you think sounds really good, so you definitely should work by yourself. You should just do both.”

Jones: “Do whatever feels natural. There are some people who might be really good at one thing or really good at another thing, and sometimes if you can just make a good group contribution, that’s cool. But you should always also have ambitions by yourself, as well.”

Stein: “I think a lot of us stemmed from being able to record, being able to experiment. Get recordings and sound in a playback device, where you can listen to it, experiment with chopping it up, putting in samplers, just doing whatever you can and experimenting until you find your niche or actually what you want to do with sound. You can’t really judge your perspective on what you’re doing until you hear it back.”

Dixon: “Yeah, get anything that you can record into. It doesn’t matter if it’s a mixer or a four-track, whatever, but that is the utmost important thing. You can jam for an hour and a half and then think it was awesome, but it was actually just total garbage, and you don’t ever want to hear it again.”

Stein: “Embrace computers. Embrace all technology. Get yourself a good engineer you can work with and collaborate with so that your songs sound good.”

Dixon: “High-end recording equipment is just going to make you sound better,” Dixon suggests. “Whatever it is — EQs, plug-ins, interface, pre-amps, whatever.”

Jones: “I will say, because we use all the old stuff, there’s always a risk of them breaking when we’re traveling. Luckily, Michael works at a synth shop and he can do, like, on-the-road repairs, which we’ve done before, but that’s always a bit of a concern, just making sure that none of the old stuff, in the process of transporting, gets jostled and connections get loose.”

Dixon: “The hardest thing is packing the van, to make it all fit. [Laughs.] No, but seriously, when we practice, we’re not practicing to remember how to play the notes in the song; we’re practicing to remember how to set up the synths, to play the next song, all while we’re playing the song that we’re playing. I can’t save any of my sounds, so if I’m changing it, I have to do that in the space between.”

A Guide to Creating Synth Music, According to Stranger Things' Survive