Last October, the band behind the memorable TV theme song for “Where in the World is Carmen Sandiego?” reconvened to much fanfare. The game show aired its last episode some 25 years ago, so it was it only a matter of time that a reunion would come along. Also inevitable? That someone would finally track down the elusive titular character — or, at least the actress who portrayed the elusive villain.

Enter: Todd Val Luling, a Senior Staff Writer at Huffington Post who doubled as a detective for the sole mission to uncover the identify of Sandiego. For as long as the show was broadcast, no actress had ever been officially tied to the character; additionally, any time that she did appear on camera, her face, like Sia, was always obscured, either by her long locks or enormous hat.

After much careful and persistent sleuthing, however, Val Luling finally found the woman he’d been looking for for the last two decades. Her name is Janine LaManna, and, perhaps to the surprise of the program’s legion of fans (me included), she’s not exactly a country-hopping thief with big, bad plans to derail the ACME Detective Agency.

As Van Luling detailed in his lengthy article on EW.com, after her stint on Where in the World is Carmen Sandiego?, LaManna went on to explore the world of theater and even joined number of various Broadway plays. Since the mid-2000s, though, she’s kept a low profile — no social media or publicist — and virtually became impossible to find, despite valiant efforts from countless Carmen Sandiego fans hungry to unveil the truth. 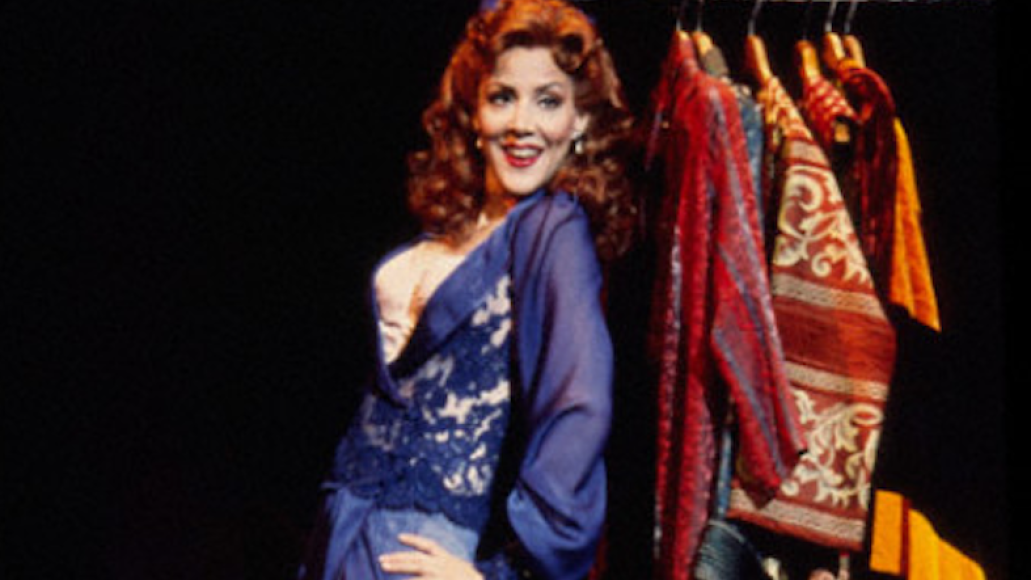 LaManna in 1999 Broadway production of Kiss Me, Kate

“Because of the mysterious aspect of her, I don’t think they ever wanted an actor to be [associated with Carmen],” LaManna told Van Luling. “They didn’t ever want to reveal my face probably. Then you would reveal Carmen.”

Speaking to Van Luling about her experience playing Sandiego, LaManna said, “It seemed to me that she was a bit of a diva. So, I kind of gave her a little bit of that.” She added, “Once you embody a character that hasn’t been embodied yet, that’s a big responsibility.” Although viewers may not have seen much of LaManna as Sandiego, she did, in fact, appear regularly on the series — attentive fans might recognize her as the face of all the many historical figures who helped the detectives throughout each episode.

Van Luling may have been able to unmask Sandiego, but in many ways LaManna is still just as evasive and on the move as the character she was tasked to play. She’s married to an army officer, with whom she travels the world frequently. At the time of publishing, Van Luling said her “current whereabouts are off the record.”

After more than two decades, someone finally found Carmen Sandiego