There are plenty of famous movie cars out there, from Christine to the Delorean to the Ecto 1 (the original, let’s be honest). But few spark the same sort of nostalgia for the road as the 1979 Ford LTD wagon that took the Griswold family from their Chicago suburb to Walley World in National Lampoon’s Vacation. Yes, the wood-paneled, pale green vehicle is an iconic image of the cross-country American expedition, and now you can own one for your next family road trip.

Hemmings, an online car collectors market, has a listening for what they believe to be a production-used Ford Truckster from the classic Vacation film. Selling for $39,900, the car comes complete with vintage luggage for the roof, a Walley World bumper sticker, and a dog leash (which, if you’ve seen the movie, you can only hope isn’t used).

The site does caution that they have no documentation proving this particular car was one of the five used during production, though they claim “this car is very well known and went through Mecum Auction right here in Houston, Texas in April of 2014.” Still, the ride also features all the “dings, dents, and blemishes” that one would expect on a car previously owned by Clark Griswold.

So grab the kids, load up grandma, keep the sandwiches away from the dog, and go grab yourself a piece of cinematic history at Hemmings. Just try not to kill the desk clerk, hold up a McDonalds, and drive 1,000 miles out of the way to see the world’s largest pile of mud. 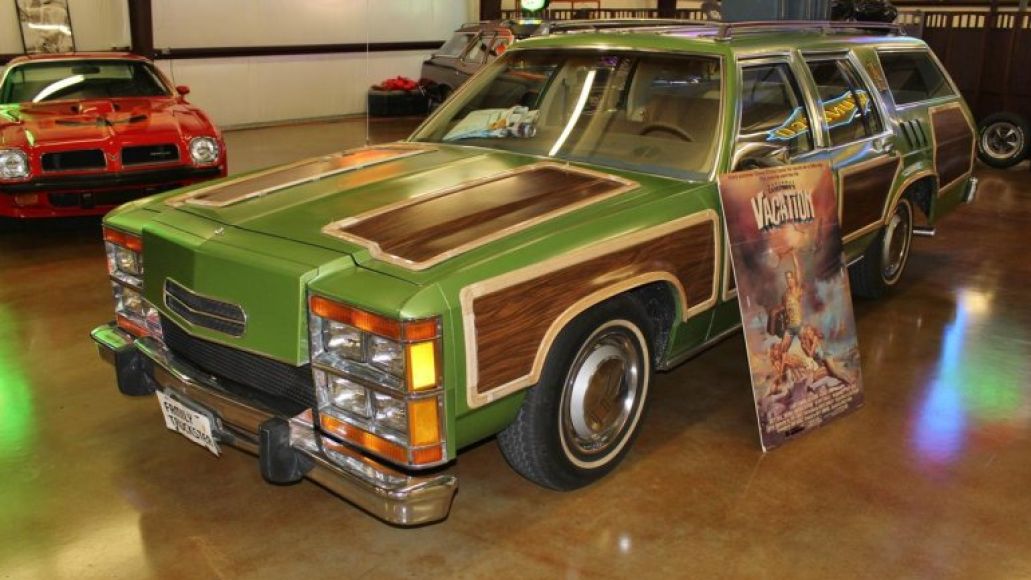