Camp Flog Gnaw has grown from a fictional place in Tyler the Creator ’s twisted visions to perhaps the greatest rap festival currently running. Tyler flexed his famous connections and Flog Gnaw’s growth when he dropped the Camp Flog Gnaw Carnival lineup for 2016, which includes everyone from Lil Wayne and Chance the Rapper to Erykah Badu and Kaytranada.

Tyler revealed the lineup for the now two-day festival on his Instagram. Other acts of note include ScHoolboy Q, Flatbush Zombies, Action Bronson, SZA, Stormzy, Toro Y Moi and The Internet.

The fest runs November 12th -13th at Los Angeles’ Exhibition Park. Tickets go on sale on August 9th. Check out the full lineup on the poster below. 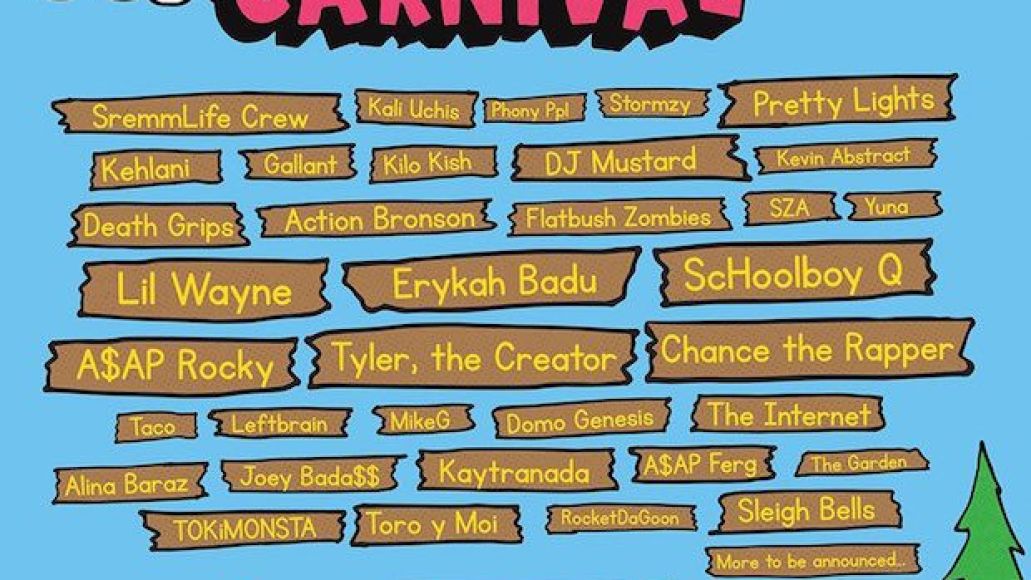