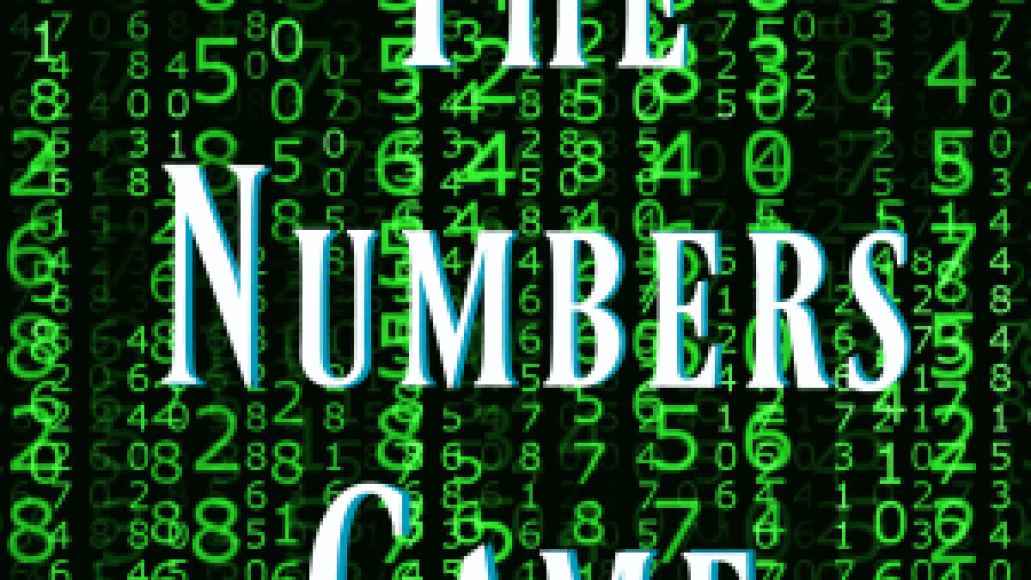 The Numbers Game is a monthly column breaking down the economics of modern filmmaking to show just how big of an impact they have on the movies that make it to release. Ever wonder why (insert movie here) exists at all? We’ll try to help.

The latest film by Stephen Chow (perhaps best known Stateside for Kung Fu Hustle), The Mermaid, was released by Sony in the U.S. back in February of this year. Did you not hear about it? It’s hardly a surprise. The film grossed over a million dollars domestically, making it the biggest Chinese-produced hit in the U.S. since Jet Li’s Fearless a decade ago, and yet, it was only rolled out in about 35 total theaters nationwide. The film wasn’t even screened for many critics; Simon Abrams, in his review for RogerEbert.com, notes that, despite a huge debut in China, the film was said to have “already gotten positive reviews — all pegged to its release in Asia — and that Sony didn’t expect it to interest many people, outside of Chinese or Chinese-American film fans.”

This is still a fairly common trend. Although American theaters have certainly taken a more active interest in importing some popular Chinese releases (AMC has made it a regular occurrence in some markets), it’s usually maybe one or two screens in a much larger multiplex housing major Chinese releases, and even then, they tend to rotate quickly. (Anecdotally: Here in Chicago, where Consequence of Sound is based, only one AMC does this in the whole city, and without a substantial amount of fanfare.) To be fair, this is largely reflective of viewership. That The Mermaid was considered a notable success in the U.S. at $1 million says quite a bit about how many popular Chinese releases are met across the ocean.

But here’s the thing: The Mermaid made over $550 million USD during its Chinese release last year. It was the first Chinese production to clear the ¥3 billion mark, and accounted for nearly half of the Chinese industry’s first-quarter 2016 profits. And yet, in the U.S., it gets a quick release, missed by even many of those who might’ve been interested in seeing such a film. This is practically the inverse of how Chinese audiences take in American movies, however. Despite quotas installed to ensure that China’s theaters are primarily full of Chinese productions and not simply flooded with imports (more on that shortly), and the fact that Chinese productions accounted for over 60% of all profits in 2015, five of the top 10 all-time highest-grossing films in China at the moment are U.S. productions, or 11 of the top 25. (Worth noting: all of those films were released in or after 2009.)

In last month’s installment of The Numbers Game, some of this data was mentioned in passing in order to discuss how important world markets, and China in particular, have become to ensuring the success of expensive American films. While the U.S. box office market remains the lucrative gold standard, its place in the world as the absolute barometer for the film industry’s ultimate success or struggle is diminishing rapidly with each passing year. China has long had a booming domestic production (its average output is currently third behind the U.S. and India’s film industries), but particularly in the past 10-15 years, its success has escalated rapidly; Chinese box office rose from less than one billion yuan in 2003 to ¥44 billion in 2015. 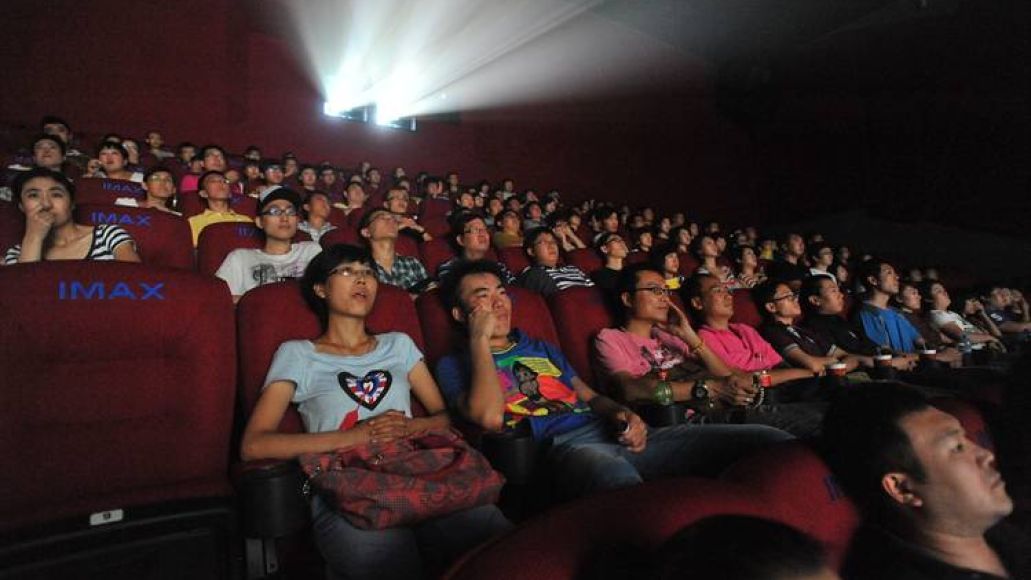 The market will only continue to grow more contentious and more lucrative with time. In March, The Hollywood Reporter broke the striking news that, after a first quarter of 2016 that saw China’s box office trump the U.S. take for the same timeframe with $1.06 billion, it was noted that, should China’s box office continue to grow at such rates (it’s an increase of over 50% from that same frame in 2015), its profits could potentially overtake the U.S. by 2017. That would make China the most lucrative box office source in the world, if and/or when it happens.

This comes from a combination of numerous factors, probably worthy of an entirely different piece in their own right, but one relevant here is American studios’ increasing willingness to cater more actively to non-domestic audiences with domestic productions in an effort to guarantee their sustained success overseas. And the films are in demand; in January 2010, Avatar was pulled from many Chinese theaters in an effort to push a domestically-produced Confucius biopic, and this became a source of public outcry. While many domestic productions such as The Mermaid, or the smash 2012 hit Lost in Thailand, are highly successful, they vie for screen time with the Captain America: Civil Wars and Zootopias of the world in a way American films are rarely challenged with. 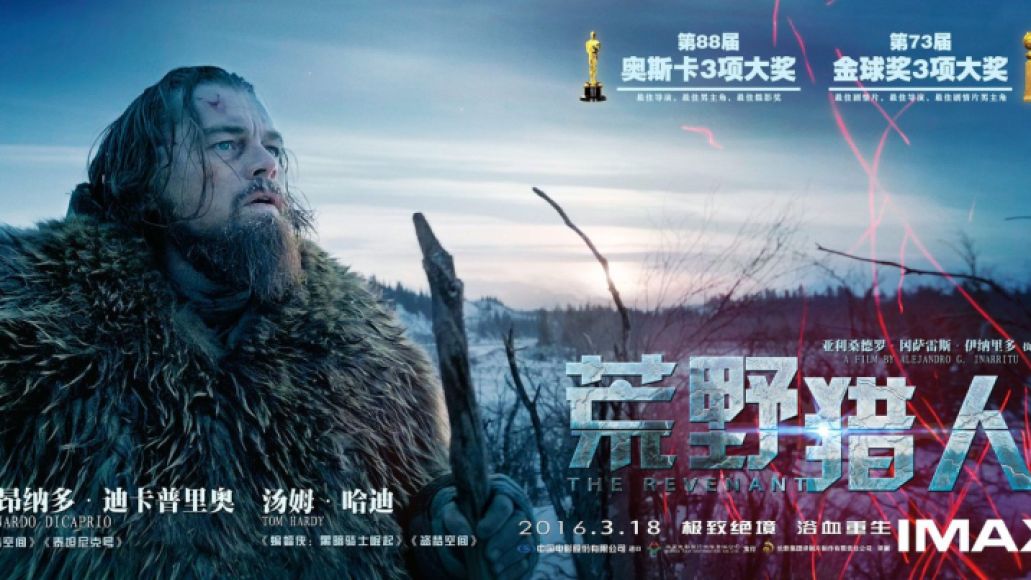 Here’s where those aforementioned quotas become essential: China has managed to establish itself as a top-tier global box office player alongside Hollywood without allowing in more than 34 U.S. productions per year. Normally, only the biggest prospective hits would cross over: your A-list studio tentpoles, your Marvels and Star Warses of the world. But now that even a film like The Revenant can pull an extra quarter-billion dollars worldwide, any films capable of getting past the country’s still-restrictive censorship laws (Deadpool was recently banned for its graphic violence and nudity) are joining in the race for a new, still largely untapped market. And those 34 spots have become hotly contested, when even a film like Star Wars: The Force Awakens actually had to open in early 2016 due to overcrowding for the duration of 2015. (Curiously enough, films such as Pan and The SpongeBob Movie: Sponge Out of Water took up some of those spots instead.)

Typically, these mandates keep non-domestic films out of Chinese theaters through a number of different strategies, from reducing the number of 3D screens (a major box office driver in China) to releasing American blockbusters against one another to reduce competition against domestic productions. Key moments in the moviegoing year, such as December and parts of the summer, are restricted for Hollywood productions as well. The Hollywood Reporter explains this: “Known locally as a ‘domestic movie protection period,’ the policy was designed to boost the local industry by giving Chinese-made movies an uncontested run at cinemas during the summer school break, which lasts roughly from late June through August. Additional blackouts are instituted during Chinese New Year in February and during the Golden Week holiday in October.” 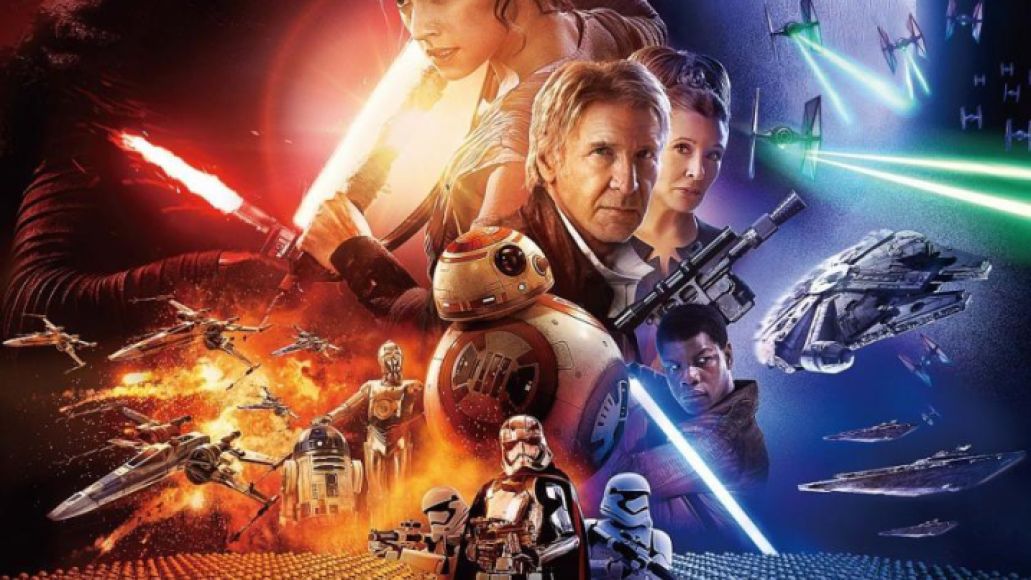 But in 2016, this has shifted somewhat. After that immensely prosperous start to the year, box office cooled off in China, attributed to everything from economic flows within the country to underperformance on the part of domestic films. (The latter becomes essential when considering how much of the year is devoted to local productions.) Accordingly, industry officials have allowed for a few extra U.S. releases during the normally protected summer; while China’s focus still seems to be on foregrounding its domestic productions, some are realizing that American imports are as essential to the continual mass growth of the industry as the various hit franchises in China at the moment, and to ensuring that China remains on the path to becoming the foremost world power for film viewership.

Whether the box office picks up in 2016 and that initial 2017 projection holds true, or it takes a little longer, the question of whether China can compete with and potentially exceed the U.S. box office is becoming more a function of “when” than “if” at this point. Accordingly, the American industry is jumping on board in any way it can. As big-budget films continue to struggle with U.S. audiences increasingly burnt out on sequels and franchise properties, those films’ success in China has studios willing to work past the ever-restrictive government requirements for Chinese films releases to further work their way into the market.

Signs of this outreach have become more and more common, particularly in the past year or so. Alibaba Pictures Group, a newer Chinese financier, has already been involved in the productions of Mission Impossible: Rogue Nation, Teenage Mutant Ninja Turtles: Out of the Shadows, and Star Trek Beyond since its formation last year. The longer-tenured Huayi Brothers recently partnered with the newly formed STX Entertainment to help produce and finance their full slate; films like Free State of Jones and Bad Moms have reached theaters by way of this agreement. They’ve also had hands in various mid-budget productions like Fury and John Wick.

And for all of the controversy surrounding the upcoming Zhang Yimou film co-starring Matt Damon, The Great Wall, it’s a notable turning point for an industry attempting to welcome and engage with a new major player. At $160 million, it’s the biggest film to ever be shot solely in China, and while it features foreign actors such as Damon and Willem Dafoe, it’s a U.S.-China co-production produced for a Chinese audience first, with the hope of American crossover success being a secondary (though important) initiative. After all, that’s at the heart of what so many studios will have to do if they want to break into this new market.

But studios will have to do more than simply target global demographics to make films that can experience the kind of massive, global success that makes complicated production strategies like these worthwhile. In an interview with ScreenCraft, representatives of Twilightstar Entertainment (a Chinese production company invested in global co-financing) illustrate this need succinctly: “Hollywood conditioned the world to consume a story a certain way. We have to learn to merge or create a new system that’s equally global. One of the things about these current hit Chinese movies is most of them are very parochial and just don’t translate. To make Chinese pictures much more acceptable and palatable to the global audience, it must start with developing a really organic story that different territories’ audiences will feel comfortable with. But this kind of project takes a lot of understanding and teamwork.”

Sooner or later, as the budgets and audience expectations escalate alongside each other, Chinese audiences will come to ask for more than simply American movies exported for extra revenue, or have select sequences set aside for them a la Iron Man 3 or Transformers: Age of Extinction. And American audiences unfamiliar with Chinese storytelling styles will be looking for movies that still hit on Hollywood’s established expectations, with stars and stories familiar to them. Somewhere between those two points will be a substantial next step for the globalization of the film industry, and perhaps, its future.

China, Hollywood, and the Global Future of Film Production