Back in May, we learned that former Talking Heads frontman David Byrne had written a contemporary musical focused on Joan of Arc titled Saint Joan. Today, we get a preview of the production ahead of its official February 2017 premiere courtesy of Byrne’s own radio segment, DB Radio.

During a recent episode of the program, aired via Pitchfork Radio’s pop-up show in New York City, Byrne played a collection of songs dubbed “Music Recorded on a Cell Phone”; he described it as a nod to “honor and celebrate all those people out there who capturing and sharing important moments with people around the world.” One of those was a Byrne original titled “Send Her to Heaven”, and it’s set to appear in his upcoming Joan of Arc project, as Stereogum points out.

Recorded using a cell phone, the track tells the story of how Joan of Arc’s mother fought to clear her daughter’s name, a narrative which also forms the basis of the musical, according to Byrne. Listen in below (scroll to the 35:30 mark). 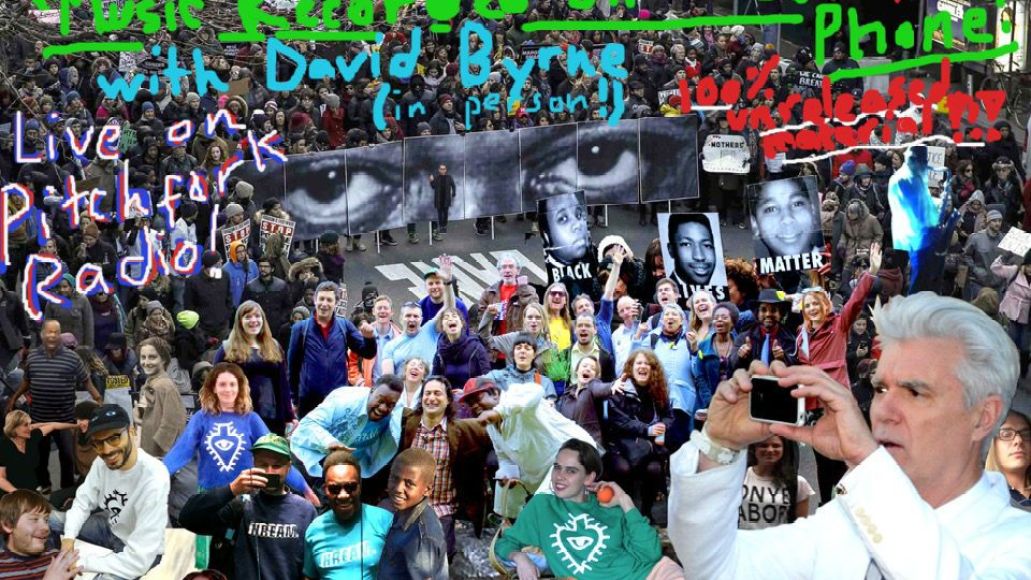