Dawes have announced the impending release of their next album, the optimistically titled We’re All Gonna Die. Due out September 16th via their own HUB Records, the band’s fifth album to date follows last year’s All Your Favorite Bands.

We’re All Gone Die focuses on topics of doubt and sorrow without giving into the morose feelings. “These songs were all written in a very short period of time, very close together,” explained frontman Taylor Goldsmith in a press release. “In that sense, I feel like there was a consistency in mood and outlook our other records don’t have. Pretty much every song on this record explores a difficult situation and tries to find a way to find the good in it, or at least remind yourself that it’s not always that big of a deal. After all, as scary as it is, we are all gonna die.”

The album was recorded at Los Angeles’ EastWest Studios and Silverlake’s The Boat and produced by Blake Mills (Alabama Shakes’ Sound & Color), who also happens to have been a member of the pre-Dawes band Simon Dawes. Guests on the 10-track effort include Alabama Shakes’ Brittany Howard, My Morning Jacket’s Jim James, Lucius frontwomen Holly Laessig and Jess Wolfe, Will Oldham, and Mandy Moore.

Moore and Goldsmith have been dating since her separation from Ryan Adams. She even features in the video for the album’s lead single, “When the Tequila Runs Out”. The track is a distinctly poppy release from the indie folk band, yet it slides in well with the relaxed vibes that make up so much of their catalog. It relies heavily on guitar effects and a catchy chorus plus percussion and MPC work from renowned session musician Jim Keltner, creating a mellow jam for the end of summer. Check it out via the Kevin Hayes-directed video above.

Pre-orders for We’re All Gonna Die are going on now via Dawes’ online store. You can find the album art and tracklist below. 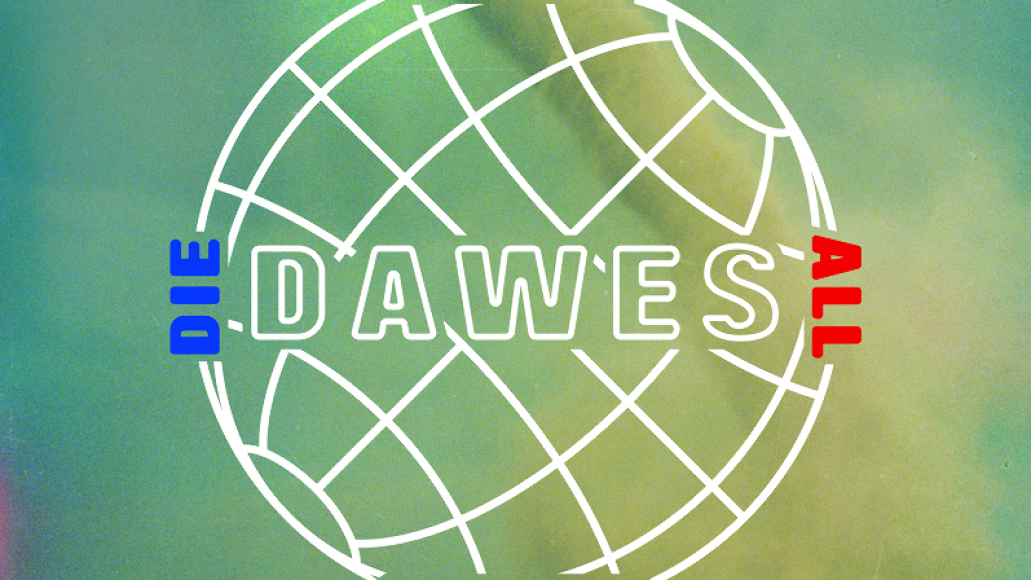 Dawes have also revealed an extended list of tour dates, including record release shows in LA and New York. There’s also a handful of in-store acoustic performances scheduled exclusively for those who pre-order We’re All Gonna Die. Find their complete itinerary below.