For the second year running, Justin Vernon gave thousands of music devotees a reason to descend on his sleepy hometown of Eau Claire, Wisconsin. “He’s this big celebrity, but he drinks in our local bars,” a young woman told me on Day One as we waited in line for the shuttle (a re-purposed school bus) to the festival site. Even beyond Vernon’s warm and emotional Friday night set, where he debuted his unreleased album, 22, A Million, in full, his fingerprint could be found everywhere — from his obvious sonic influence on the work of billed acts like James Blake and Francis and the Lights to exclusive vinyl 7” copies of two brand-new songs at the merch table.

Wisconsin in the summertime is a lush, green place. The Eaux Claires venue is tucked away in a few secluded fields near the banks of the Chippewa River, and it’s easy to believe that it exists in its own pastoral world of echoing amps and endless cheese curds. This year’s lineup, curated by Vernon and Aaron Dessner of The National, was an eclectic mix of some of today’s top names in indie rock, as well as the elder statesmen and women that influenced them. 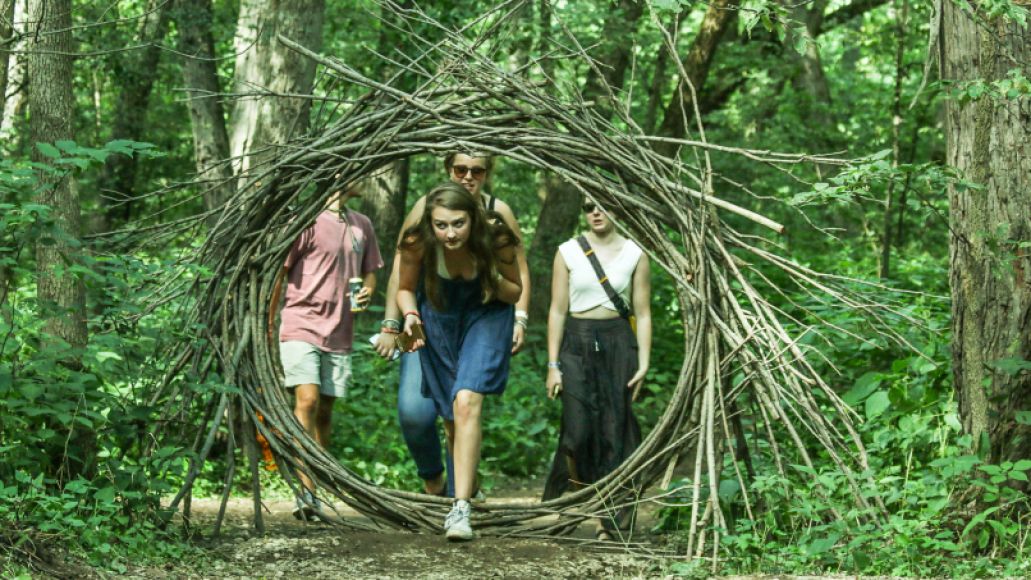 Eaux Claires is about collaboration and idea-sharing most of all. Matt Berninger of The National made the trek to the Eau Claire for a 15-minute guest appearance during the Dessner-curated The Grateful Dead tribute, and The Staves and Lucius were on hand as backup-vocals-for-hire throughout the weekend. Rising stars like Moses Sumney lent a helping hand to well-established artists like James Blake, and Aaron Dessner seemed to be everywhere at once, appearing wherever he was needed like a helpful wood sprite. Bruce Hornsby was another ubiquitous presence, performing his influential 1986 album The Way It Is in full and popping up in a handful of other sets throughout the weekend.

It’s clear that Eaux Claires continues to be a big boon for the community. It seemed that thousands of people from the area showed up for the sheer fact that something, anything, was happening, and it allowed for an atmosphere of optimism and wonder that persisted even through a steady stream of rain on Friday afternoon and evening. Unfortunately, a plague of sound issues — clipping, popping, and crackling — never seemed to find a real solution. 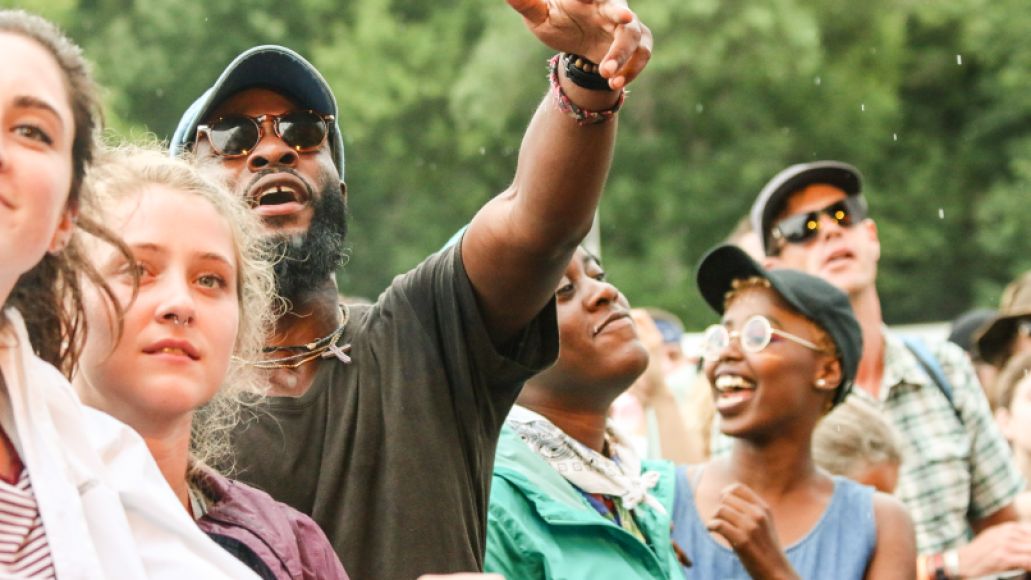 In the very last set of the festival, played in close quarters at the domed The Kills stage, Chance the Rapper joined Francis and the Lights for a surprise rendition of “Summer Friends” from Chance’s recent Coloring Book. In turn, Vernon showed up to perform “Friends”, his collaboration with Francis and Kanye West that inspired the Chance tune, bringing the set full-circle. Their coordinated boy band dance moves at the end of the too-short set, as well as their obvious love and admiration for one another, created the kind of moment that people travel hundreds of miles to catch a glimpse of. Here’s hoping that Eaux Claires can keep recreating those moments for years to come. 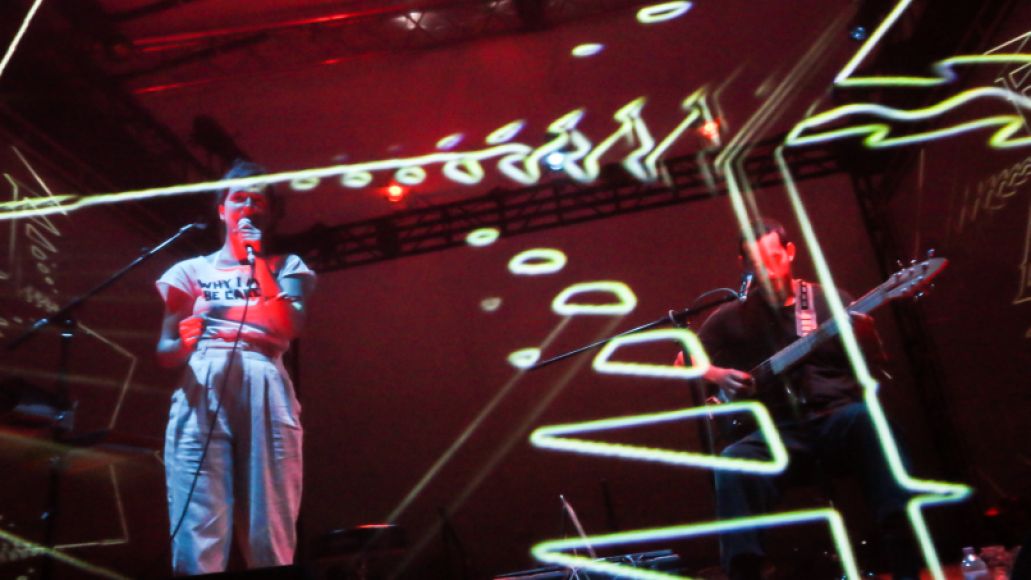 If there’s one takeaway from the Eaux Claires lineup, it’s that Vernon built a festival that combats indie rock and folk stereotypes by looping eclecticism into the mix. From classical works to noise rock, there’s plenty to chew on from left field, but no act on the bill went for the weirdness without turning back quite like Buke and Gase. The experimental pop duo get their name from their handmade instruments: an altered baritone ukulele (buke), and a guitar and bass combination (gase). It’s about as DIY as it gets, and their set lit fire to creativity and inspiration for onlooking musicians and audience members alike.

Fittingly, they performed on The Banks stage, a raised cube on which projections were screened — creating the illusion of artwork in motion — where audience members were given headphones to hear the set’s ideal audio mix. The inner-workings of their songs — most of which rope electronic whips, competing melodies, and thudding percussion together in a dazzling, hiccup-like way — warrant tuned ears, so the festival’s immersive stage amplified their set. Both days, viewers had been sitting so everyone could see the stage, but Buke and Gase asked them to stand — and for good reason. As they chugged through unreleased material, cuts off their 2012 EP, Function Falls, and one song off their debut LP, the whole room began to dance on- and off-beat, a communal groove to music that broke up the festival’s flow.  —Nina Corcoran