Longtime readers of the site might be familiar with our CoSigns feature, in which we spotlight emerging artists from scenes around the world. In the past, CoSigns has been one of our most reliable ways of introducing fresh, vital music to our readers while giving young artists the platform they deserve.

One of the most exciting aspects of local music is the “local” part. Taste knows no geographical boundaries, but loyalty does, and it’s always more thrilling to get turned on to a new band in your own backyard. That’s why we recently decided to freshen up CoSigns a bit, recasting it as a monthly feature that focuses on five artists from the same city or scene. Every month, we’ll go out of our way to find a diverse cross-section of artists who represent the best of a particular place’s musical tapestry. The best part? You’ll get to hear them before they blow up nationally and become total sell-outs.

This month’s CoSigns are near and dear to us because they all hail from Chicago, the city that Consequence of Sound itself calls home. We’re confident that the acts we’ve chosen — Jamila Woods, Yeesh, Oshwa, Whitney, and Trevor Sensor — represent Chicago’s insane diversity and speak to its reputation as one of the world’s best cities for music.

Now won’t you join us on a walk through the Windy City? 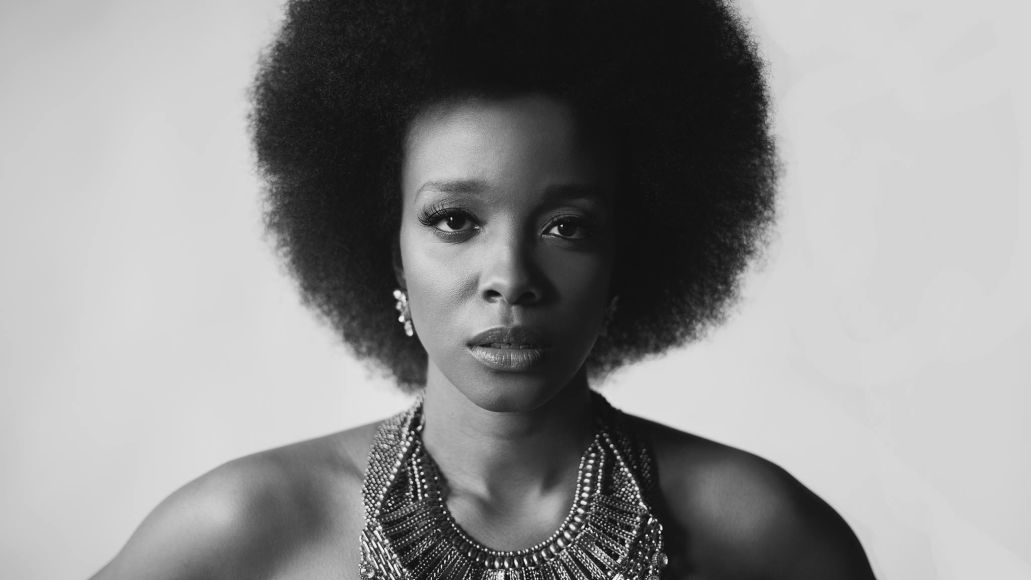 It would seem that Jamila Woods has had a pretty good year. The Chicago-born singer-songwriter casually found her way onto two of hip-hop’s biggest releases of 2016, lending her vocal talents to Macklemore’s “White Privilege II” and Chance the Rapper’s “Blessings”. She also carved out some time to record and release her solo debut, HEAVN, an album on which our own Adam Kivel describes her as “[standing] tall, offering a voice not only of astute criticism and observation, but also of hope for a better future and black self-love today.” Yes, it’s been a pretty good year for Jamila Woods.

But has it, really? Listen to a song like the defiant “Blk Girl Soldier”, and it becomes clear that Woods feels the pains of her community acutely. Since the 2014 killing of Mike Brown and the beginning of the Black Lives Matter movement, the black community has been forced to contend with a seemingly endless series of tragedies brought on by police violence.

This environment of fear, distrust, and heartbreak has transformed Woods from a poet and a soul singer into something bigger. She can’t just write soothing, pleasant songs anymore, like she often did in her former duo, M&O. She has to be a voice for healing, for social justice, and — most of all — for radical black self-love.

So far, Woods has succeeded wildly in that role. HEAVN is an album that meets unspeakable hatred head-on with something we don’t see too often in the world these days: love, optimism, and a hopeful vision for the future. That doesn’t mean Woods is immune to feelings of rage, only that she’s found a different and equally valid means of expressing her anger. Songs like “LSD” and “Emerald St.”, the former featuring Chance the Rapper and the latter Saba, paint a vision of strength, stability, and interconnectedness that can’t help but draw attention to itself.

“It’s a wonderful day in the hood,” she sings, and despite all the evidence to the contrary, she makes us believe it with all of our hearts. Listening to Woods, it feels like music really does have the power to bring about a better world. At the very least, she shows us what that world might look like.

One of the fascinating things about HEAVN is how freely you pull from all areas of culture to promote this message of black self-love. You nod to everything from Paula Cole to The Cure, and I’m wondering if there’s some kind of intention behind using those particular samples, or were they simply the first things that came to your head while writing those songs?

I think it was often really stream-of-consciousness. In my songwriting process, I like to keep a lot of influences and source materials around me, so it kind of looks like a crazy person’s room in whatever space I’m in. I think of a song as a physical space — like my bedroom or something — and it’s nice to have things around me that I think are beautiful and that remind me of other times in my life.

I think my sampling comes from that kind of place. Like, I want to reference an Incubus song because the boy I had a crush on in 8th grade burned me a CD and put it on my desk. I have a personal attachment to those songs, and bringing them into my own songs is a way to kind of recontextualize them in my story.

There’s not a lot of bravado in your music. HEAVN is a brilliant album, but it’s very humble about its brilliance; there’s none of the Chance or Kanye stuff where they boast about their accomplishments. Do you think it’s important to present yourself as just another person — a member of a community instead of someone who’s risen above it?

That’s cool. I didn’t really think of that intentionally, but I do think of always bringing in a multiplicity of voices into whatever I do, because so much of who I am is influenced by countless other people. I think our society has a tendency to make you want to think you’re a self-made person and you did everything all by yourself. Especially in the music industry, that’s something that’s really valued, but it’s not the way that actual communities operate, you know?

I try to leave space for not just one story, but multiple voices. I really love collaboration in that way, bringing in and mixing those perspectives to make it even stronger … It’s the same thing with the samples. A lot of them wouldn’t necessarily be the “expected” sample if you’re making R&B or soul music, but for years I only listened to alternative rock, and I think that makes me a richer person for having had that experience, so I want to bring that in there.

There’s a childlike element to your music that doesn’t make it any less complex but definitely recalls a time when people were a lot more innocent than they are now. There’s a lot more hope than anger, and I’m wondering, where is the anger? Do you find it hard to stay positive in the face of all this hatred and brutality?

Yeah, that’s something I think about a lot not just as an artist but also as a person. I’m kind of a quiet person. If I’m in a room, I might be observing for a while before I’m ever speaking. So considering what’s going on in the community right now, I often have to ask myself, “What is my role?”, or “What is my strength?” Because I do feel anger and sadness and rage and all of the things that are natural to feel when what’s happening to black people in this country is happening.

But anger doesn’t always have to look a certain way. It might not always look how you expect. Some people might cry when they’re angry or some might yell, and it’s important for me that I’m a representation of that — that there are multiple ways to feel. People might try to police emotions and say anger is bad, but all emotions are useful. They’re all paths toward action, toward getting to another place.