But Ocean isn’t like those other artists. Despite having one instant classic under his belt, his legacy is still somewhat malleable and yet to be firmly cemented. He definitely has fans — millions of them, actually — but he’s taken a risk that most young artists would consider foolish, antagonizing those fans with a drawn-out saga of teases, red herrings, and outright missed deadlines. Along the way, he’s engendered feelings of distrust and even mild betrayal.

Part of the frustration stems from Ocean’s caginess with details. There have been hints that he has new material in the pipeline, but most of those hints have turned out to be cryptic or misleading. His shop class live stream, which began on Monday morning, was the latest breadcrumb in a long trail, and later that night, sources close to the project confirmed Boys Don’t Cry’s Friday release as an Apple Music exclusive. 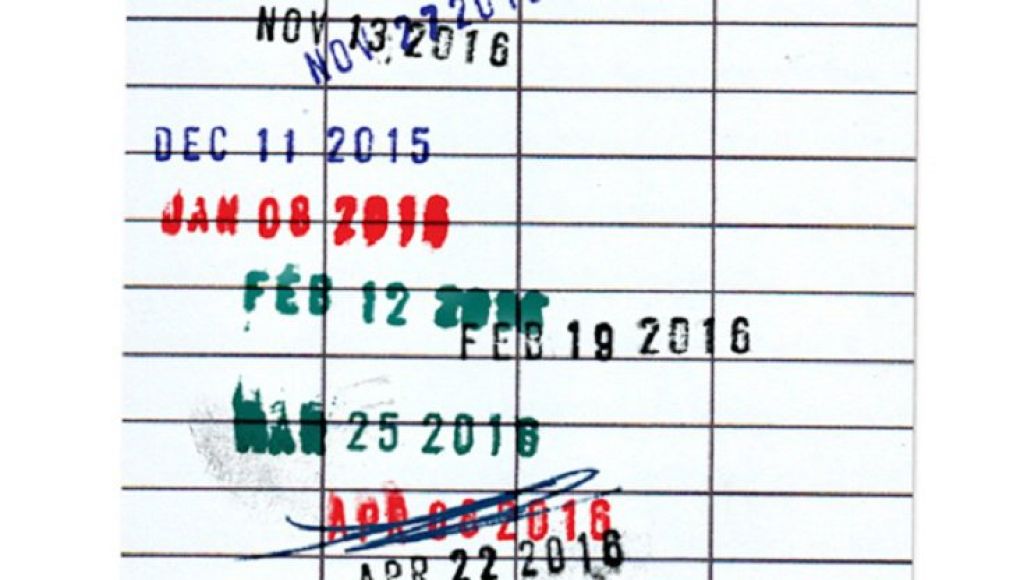 But suppose this August 1st had come and gone as the last one did, with radio silence and more delays. When Ocean first posted the “Date Due” slip to his website in early July, I wondered if he might be going for a repeat. Speculators placed much of their focus on the obscured “July 2016” date, when there was a completely legible “Nov. 13 2016” just a few clicks north on the card — maybe he’d release a single in July … and then an album in November. The bottom line is that nobody knew, and nobody was going to know until it actually happened.

But here’s the thing: No matter how much he jerks his listeners around, Frank Ocean doesn’t owe us anything. (Unless that “us” represents Def Jam … in which case he might owe us an album yesterday, or last year.) No one deserves new music from Ocean, even if his old material occupies a significant space in their life.

We might form deep connections to art, but the people who make it aren’t our friends. As listeners, we’ve grown entitled to the point where broken promises sting, and missed deadlines can cause us to worry about an artist’s well-being.

I’m not here to jump to conclusions regarding Ocean’s current health or happiness. I also don’t care much for why he’s taken so long tinkering with the new record. What’s more compelling is the aspect of the story that everybody seems to be overlooking: how a major artist decided to unplug and fade into obscurity during a time when we can monitor artists’ lives more than ever before.

In the summer of 2013, just months after he’d performed at the Grammys, Ocean largely wiped out his social media presence by deleting his Twitter and Instagram accounts. When a Tumblr user asked him to explain this decision, Ocean responded with one word: “intuition.” 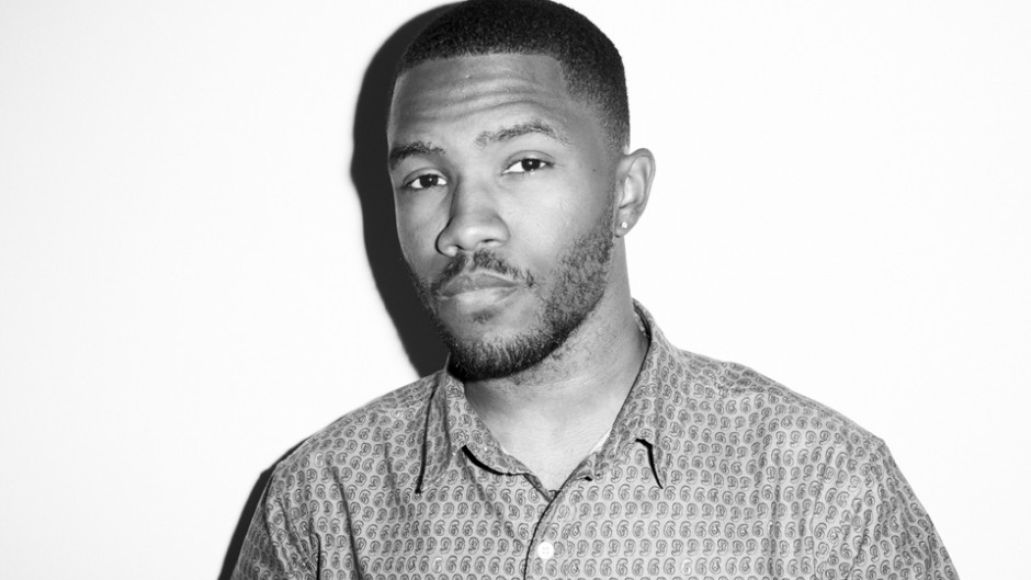 For Ocean, the move made sense, and it makes even more sense in hindsight. Up until just a few weeks ago, we marveled at Taylor Swift’s airtight image management, and we all know how that turned out. When you consider Ocean’s relative disappearance, maybe he’s the better architect of his own narrative. For one, he’s savvy enough to know that a throwaway tweet can be misconstrued or decontextualized in a million different ways. And instead of granting us peeks behind the veneer, as some artists have attempted to do with frequent studio updates, he retreated further from the limelight.

After deleting his social accounts (save for a notably sparse Snapchat, which he created last summer), Ocean has controlled the conversation by disengaging with the conversation. He’s traded thousands of tweets for a small handful of beautifully written, heartfelt Tumblr posts. He tends to release these only when he feels the urge to express complex ideas or respond to the horrors around him, and their infrequency is part of what makes them significant news.

Still, it’s important to note that these sporadic transmissions have actually given fans something to chew on, as opposed to nothing. Compare this with some of the most notable escape artists of decades past. My Bloody Valentine and The Avalanches were both silent for years without ever actually falling off the map. Like Ocean, they began teasing new records soon after their respective breakthroughs, but all they offered were rumblings of endless tinkering, shelved recordings, and band departures.

Ocean has played a slightly different game, dangling snippets of actual new music, a record title, possible release dates, and even a photo of a companion publication. This suggests the possibility that Ocean’s breadcrumbs are sidewinding us by design, a deliberate means to drum up anticipation for Boys Don’t Cry. Staying completely silent could have backfired for an artist of Ocean’s stature — if he had disappeared after that Grammys performance, it might have stalled any momentum he had built up in 2012. 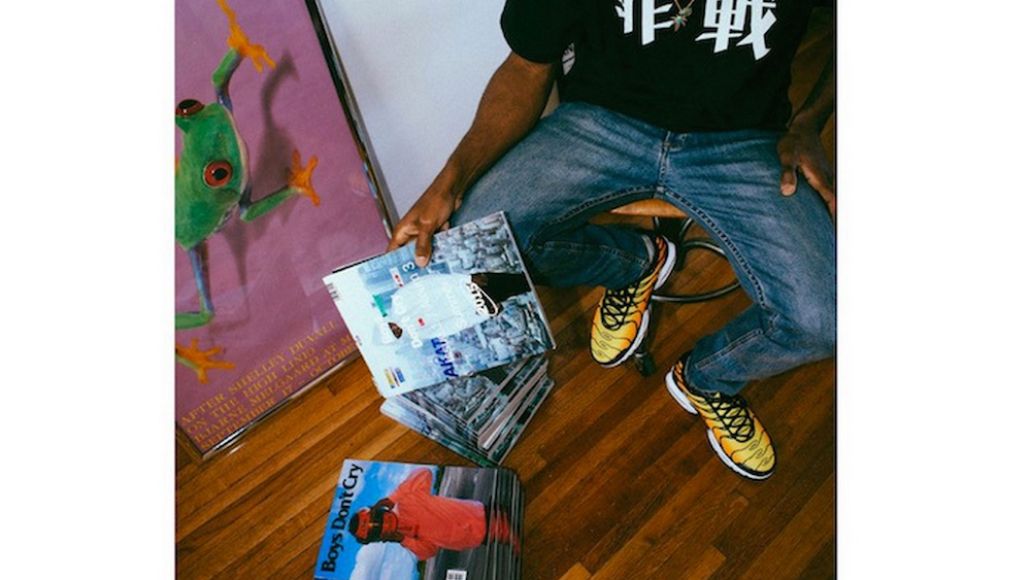 Whatever actually happens tomorrow, Ocean’s anti-rollout for Boys Don’t Cry is a strategy that he’s chosen to execute on his own terms. It’s also allowed him to blossom into a multi-faceted artist worthy of consideration across several mediums, given the gravitas his non-musical writing has established from Channel Orange onward.

This is what makes fans sound silly when they complain about the long wait or express their feelings of distrust towards an artist who has obviously never stopped creating. Ocean has allowed himself space to grow in the years since Channel Orange, and he’s also become a more interesting and authoritative voice, whether he’s opening up about his fluid sexuality or mourning the too-frequent attacks on mankind.

Frank Ocean may not fit perfectly inside music’s on-demand culture, but his voice is exactly the type of grounded, vital entity we need in times like these. If and when he offers that voice, people will listen. One thing’s for sure, though: He doesn’t owe it to you or anybody.

Frank Ocean Doesn't Owe You Anything