Frank Ocean has dropped his second new album in as many days. Following Friday’s release of his “visual album,” Endless, the R&B crooner has now unveiled Blonde. Stream/download it now through iTunes. Blonde is also available at four pop-up stores in New York, Los Angeles, Chicago, and London. Copies of the album come accompanied by a visual zine dubbed, Boys Don’t Cry.

“Nikes”, which Ocean released prior to the album’s release, kicks off the 17-track Blonde. Beyoncé appears on “Pink + White”, Kendrick Lamar is featured on “Skyline To”, and André 3000 spits fire on “Solo (Reprise)”. Elliott Smith’s “A Fond Farewell” and The Beatles’ “Here, There, and Everywhere” are sampled on “Seigfried” and “White Ferrari” respectively.

Check out the album’s artwork and tracklist below. Note: The artwork’s title is stylized Blond, whereas it is spelled Blonde on iTunes. Update: The physical copy of Blonde included with the zine has an alternate tracklist. 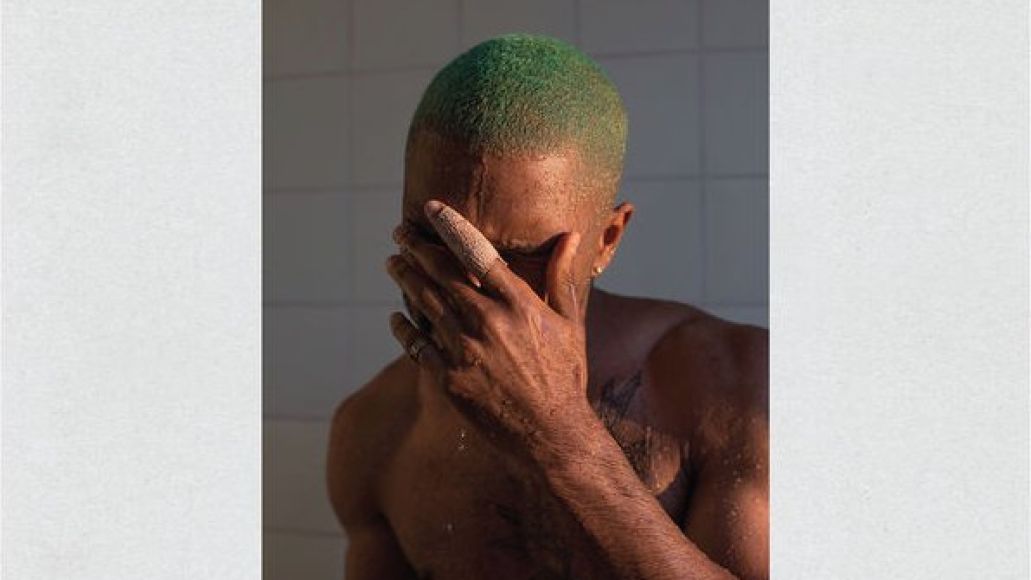 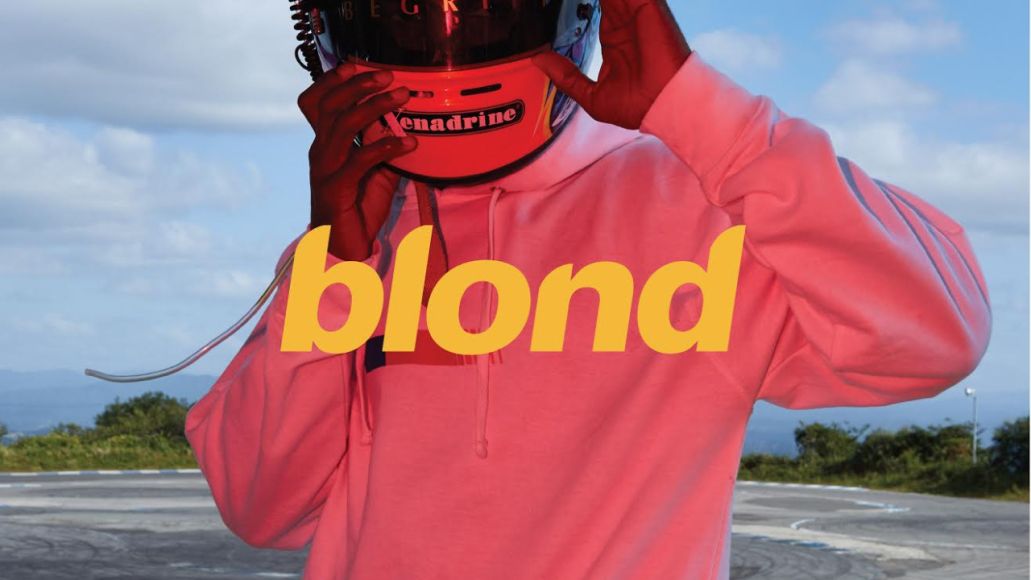 Update: Following the album’s release, Frank posted a note to Tumblr. It reads:

Two years ago I found an image of a kid with her hands covering her face. A seatbelt reached across her torso, riding up her neck and a mop of blonde hair stayed swept, for the moment, behind her ears. Her eyes seemed clear and calm but not blank, the road behind her seemed the same. I put myself in her seat then I played it all out in my head. The claustrophobia hits as the seatbelt tightens, preventing me from even leaning forward in my seat. the pressing on internal organs. I lean back and forward to release it. Then backwards and forward again. There it is—I got free. How much of my life has happened inside of a car? I wonder if the odds are that I’ll die in one. Knock on wood-grain. Shouldn’t speak like that. We live in cars in some cities, commuting across space either for our livelihood, or devouring fossil fuels for joy. It’s close to as much time as we spend in our beds, more for some. The first time I did shrooms, my manager had to come rescue me from Caltech’s ‘Trip Day.’ As I got into her car, I swear to God the aluminum center console in her Porsche truck looked like it was breathing, like the throat of something. On the freeway, leaving Pasadena, we spoke and I looked away, outside, at the wheels and tires of cars doing that optical illusion thing they do where it looks like they’re spinning backwards, which, according to Google, happens because our brains are assuming something completely wrong and showing it to us. Staring, I was transfixed by all the indicator lights oscillating and throbbing against the wind. We drove thru downtown LA headed west, flying on the same freeways I used to run outta gas on. Welcomed in by the perennial creatures, imperial palm trees and climbing vines living their lives out just off the shoulder. The feeling familiar enhanced, on the 10. I used to ride around in my sinewy crossover SUV, smoke and listen to rough mixes of my old shit before it came out, or whatever someone wanted to play when they hooked up their iPhone to the aux cord. A few years and few daily-drivers later I’m not driving much anymore. It’s been a year since I moved to London, at the time of writing this, and there’s no practical reason to drive in this city. I ordered a GT3 RS and it’ll keep low miles out here but I guess it’s good to have in case of emergency 🙂 Raf Simons once told me it was cliché, my whole car obsession. Maybe it links to a deep subconscious straight boy fantasy. Consciously though, I don’t want straight—a little bent is good. I found it romantic, sometimes, editing this project. The whole time I felt as though I was in the presence of a $16m McLaren F1 armed with a disposable camera. My memories are in these pages, places closeby and long ass-numbing flights away. Cruising the suburbs of Tokyo in RWB Porches. Throwing parties around England and mobbing freeways in four project M3S that I built with some friends. Going to Mississippi and playing in the mud with amphibious quads. Street-casting models at a random kung fu dojo out in Senegal. Commissioning life-size toy boxes for the fuck of it. Shooting a music video for fun with Tyrone Lebon, the genius giant. Taking a break/reconnaissance mission to Tulum, Mexico, enjoying some star visibility for a change. Recording in Tokyo, NYC, Miami, LA, London, Paris. Stopping in Berlin to witness Berghain for myself. Trading jewels and soaking in parables with the many-headed Brandon aka BasedGod in conversation. I wrote a story in the middle—It’s called “Godspeed.” It’s basically a reimagined part of my boyhood. Boys do cry, but I don’t think I shed a tear for a good chunk of my teenage years. It’s surprisingly my favorite part of life so far. Surprising, to me, because the current phase is what I was asking the cosmos for when I was a kid. Maybe that part had its rough stretches too, but in my rearview mirror it’s getting small enough to convince myself it was all good. And really though… It’s still all good.

This is Boys Don’t Cry and Blonde. First times. Worldwide.

He followed that up with a second, shorter note:

“I HAD THE TIME OF MY LIFE MAKING ALL OF THIS. THANK YOU ALL. ESPECIALLY THOSE OF YOU WHO NEVER LET ME FORGET I HAD TO FINISH. WHICH IS BASICALLY EVERY ONE OF YA’LL. HAHA. LOVE YOU.”