It’s been awhile since Billie Joe Armstrong, Mike Dirnt, and Tré Cool offered up some of their trademark rock ‘n’ roll, but the Oakland trio return today with their first official single in nearly four years, “Bang Bang”, along with details of their new studio album.

As a few early listeners previously noted, the track finds the boys revisiting their salad days, only they’ve left the dressing on the side. It’s not Dookie — what is and what needs to be? — but it’s a nice reprieve from their theatrical days. Watch the song’s lyric video below.

The song marks the first track off the band’s forthcoming follow-up to 2012’s ill-fated trilogy, ¡Uno!, ¡Dos!, and ¡Tré!. The album, titled Revolution Radio, is set to arrive on October 7th.

Armstrong spoke to Rolling Stone about the new album, which the band self-produced for the first time since 2000’s Warning, and digressed on how “Bang Bang” was the first track conceived. Eerily enough, it’s from the prospective of a shooter.

“It’s about the culture of mass shooting that happens in America mixed with narcissistic social media,” Armstrong explains. “There’s this sort of rage happening, but it’s also now being filmed and we all have ourselves under surveillance.”

“To me, that is so twisted,” he continues. “To get into the brain of someone like that was freaky. It freaked me out. After I wrote it, all I wanted to do was get that out of my brain because it just freaked me out.”

He extrapolated further on the album, adding that he plays “a lot of bow guitar on the record, sort of like Jimmy Page”, that the title track was inspired by a protest he witnessed in New York, and that he gets deep on “Too Dumb to Die”.

Naturally, politics factored into the songwriting, as he argues: “I can only go from my own personal life, but this is the most chaos I’ve ever seen in an election. It’s just so freaky. I don’t want to add more of the outrage or anger. I’d just try to reflect it.”

“Everybody’s freaked out,” he adds. “Nobody can rationalize with each other because everybody is stuck in fear and in anger, and there’s nothing in between. In a nutshell, that is what the record reflects.”

We’ll see come October. In the meantime, check out Collin Brennan’s latest edition of Punk as Fuck in which he offers up a rallying defense of Green Day, arguing why the greatest pop punk band deserves more credit now than ever. 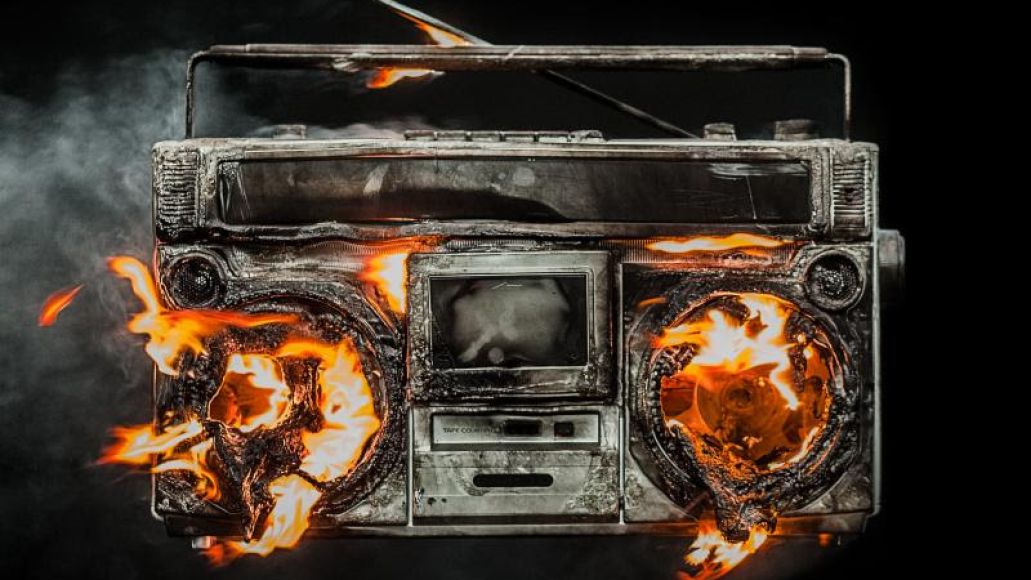