Whoever ends up in the White House next February, one thing is for certain: They will lack the utter class and musical taste of President Barack Obama. In the last few months alone, Barry has staged a concert headlined by Kendrick Lamar and Janelle Monáe; got hyped backstage by listening to “Lose Yourself”; and celebrated his 55th birthday by partying with K. Dot, Jay Z, and Beyoncé. Today, he once again shows off his exquisite palate by dropping a two-part summer playlist. (Sadly, it’s also a reminder that this will be the last of his Presidency.)

The 39-track collection is divided up between “songs for the daytime” and “songs for the nighttime.” The former boasts tracks from Leon Bridges (“Smooth Sailin'”), Courtney Barnett (“Elevator Operator”), Janelle Monáe (“Tightrope”), Prince (“U Got The Look”), and even a little Charles Mingus (“II B.S. (Edit)”). When the sun goes down, Obama unwinds with Chance the Rapper (“Acid Rain”), D’Angelo (“Lady”), Janet Jackson (“I Get Lonely”), and Fiona Apple (“Criminal”).

Listen to both playlists below via Spotify. Sorry, HOV.

Songs For the Daytime:

Songs For the Nighttime: 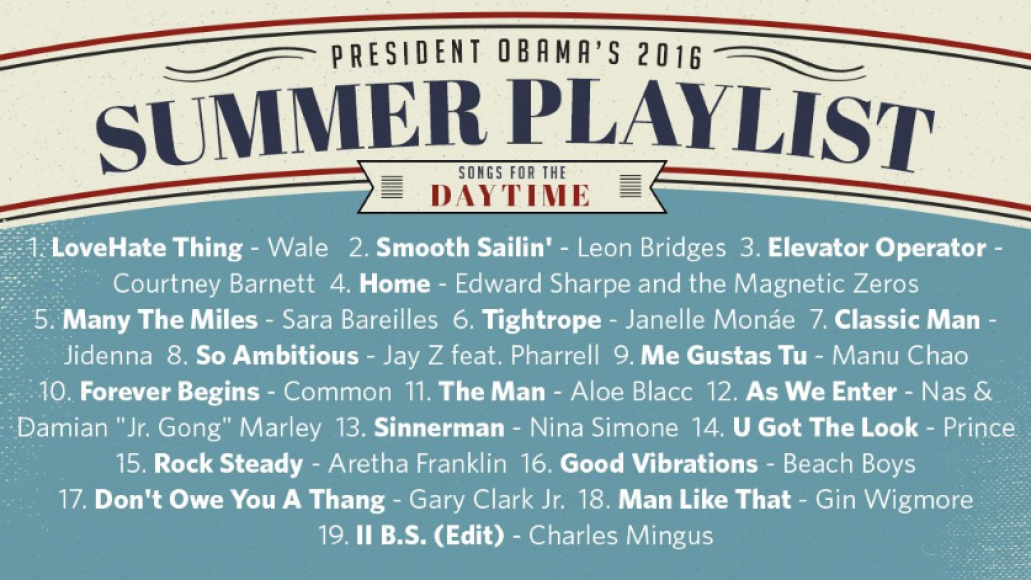 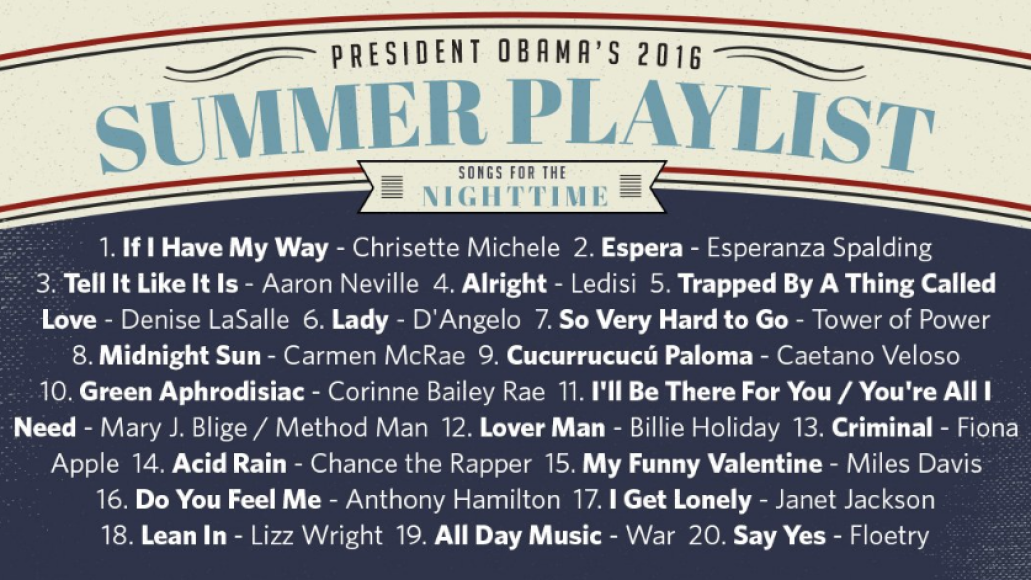 "Weird Al" Yankovic Covers "Peaches" with Chris Ballew of The Presidents of the USA: Watch