Suicide Squad may have broken records during its opening weekend, but it’s still far from a success. In fact, grotesque day-to-day drops (40.6% Friday to Saturday and 56.5% Sunday to Monday) show the DC Films/Warner Bros. production is tracking towards extremely disappointing box office longevity. The Hollywood Reporter has it from a studio source that, accounting for advertising, WB will need to see at least $750 million to consider the blockbuster a win. Of course, even if it finishes with black in the ledger, there’s still a critical red mark on the film. No matter how “successful” it might end up, it’s still a failure.

Though perhaps not the top-to-bottom cinematic disaster that was Batman v Superman: Dawn of Justice, Suicide Squad still isn’t a good flick. Fans may be more forgiving, but poor gross proves general audiences aren’t. There’s no denying anymore that DC and WB have a quality control problem. After two films earnestly attempting to establish a massive interconnected world — the DC Extended Universe — resulted in overstuffed cacophonies of cinema, the companies must seriously refocus their efforts. 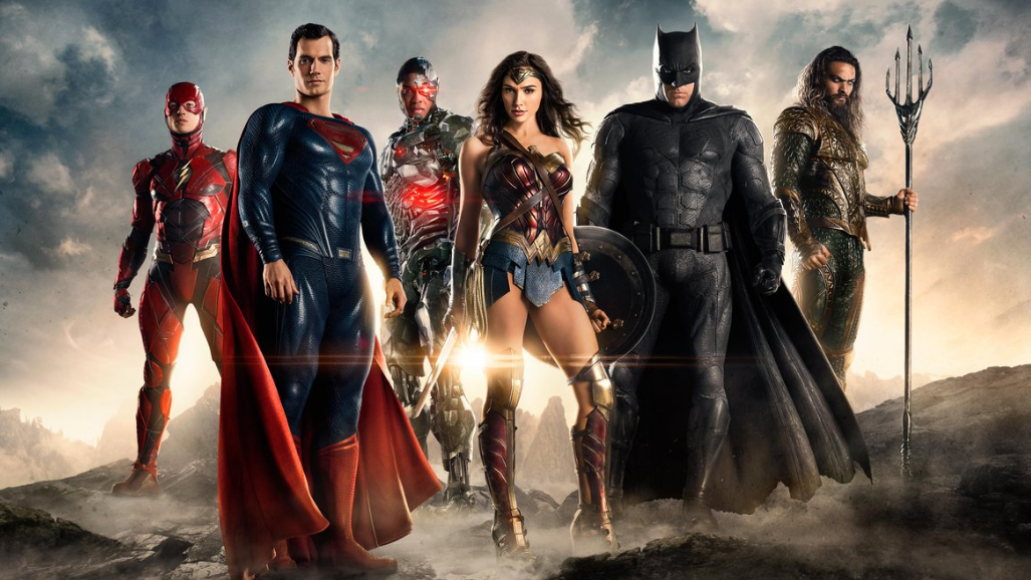 Only one hero can rescue the DCEU from unmitigated disaster. One last defender stands on the fault line between entertainment abyss and cineplex apex: Wonder Woman. The June 2nd, 2017, release of the Wonder Woman solo film will determine if there’s any hope of value in DC’s attempts at following in Marvel’s footsteps because, for once, DC and WB have a chance to get out of their hero’s way and give her a damn shot.

There are plenty of valid arguments to be made as to why BvS and SS didn’t end up as satisfying films. There was David Ayer’s rushed script, tonal misfires, a trailer company re-editing the final film, cheap cameos, Zack Snyder. What seems to be the biggest problem, however, is general bloatedness. That’s not only because we’re left with thin, multi-threaded plots or heavy-handed world building, but mainly because it sacrifices a crucial aspect of compelling cinema: character.

In BvS, establishing the larger DCEU was so important that turning in satisfying portrayals of individual characters fell to the wayside. Gal Gadot’s big debut as Wonder Woman ends up as little more than a MacGuffin used by Ben Affleck’s Batman to slowly move along a single plot point. Batman, in turn, can’t spread his wings wide enough because he keeps bumping into Superman; this angry, violent vigilante never quite becomes fully credible because all there’s time for is some gritting Bruce Wayne faces. At the same time, any attempt to further expand on Supe’s character after Man of Steel gets lost in the need to introduce two whole new heroes, plus the madness of whatever the heck Lex Luthor’s plan is. Luthor’s motivations get completely muddled in five other plotlines, leaving him a caricature of villainy. 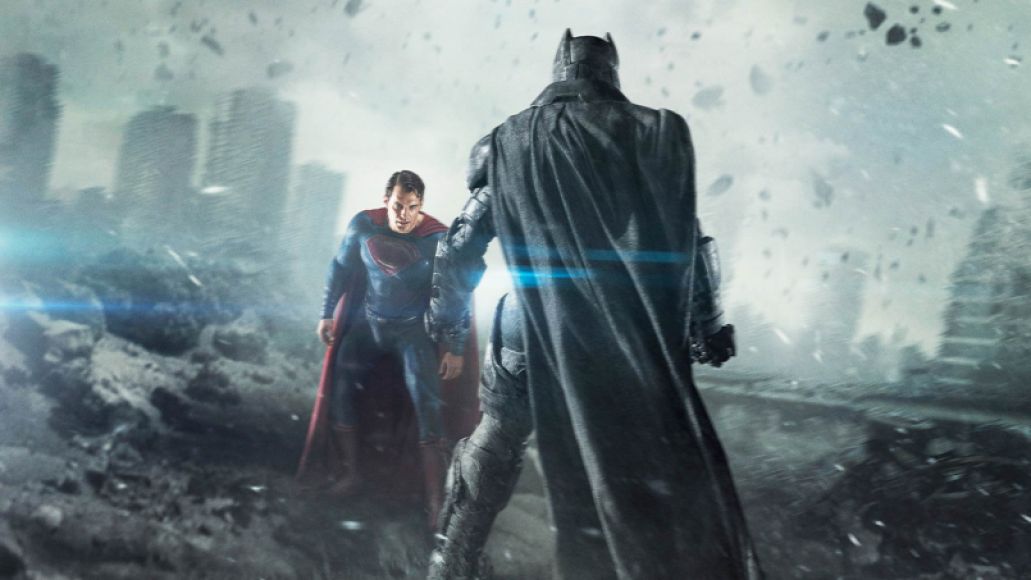 Suicide Squad, meanwhile, was dealt a terrible hand right from the start. Too many players, each connected to the larger DCEU in their own way, were shoved into one picture. We were given just two hours to get to know 11 individuals, understand their characters, and buy into their relationships. We’re made to invest in Will Smith’s Deadshot from the onset thanks to his child. That little girl grounds Floyd Lawton better than any other member of Task Force X, and her early introduction allows viewers to connect with him right away. He also gets the most linear arc of the film, giving our empathy time to build. The pitfall here is that providing a protagonist meriting our appreciation at the start keys up moviegoers to want similar connections with other characters so we can appreciate any developing relationships. When that doesn’t happen, the whole team figuratively falls apart.

Margot Robbie’s Harley Quinn comes close, but that’s more about her being a fun character than one we relate to significantly. We’re told over and over to take stock in her link to the Joker (Jared Leto), yet we’re never given the chance to take stock in the Joker himself. Minimal screen time leaves no room to present Mr. J as anything but a cliched, “kiss the rings” mobster. Any sense of why Harley is devoted to him is left on the cutting room floor along with Leto’s much-publicized performance. There are hints at a deeply complicated relationship, like when Joker zaps Harley in Arkham Asylum or leaves her at the bottom of Gotham Bay. But instead of having time to explore any of this, we’re given a toss-aside Ace Chemicals origin a third of the way in and no reason to care when Joker asks, “Will you live for me?” It’s all there to give Harley an out, but none of it carries the necessary weight. 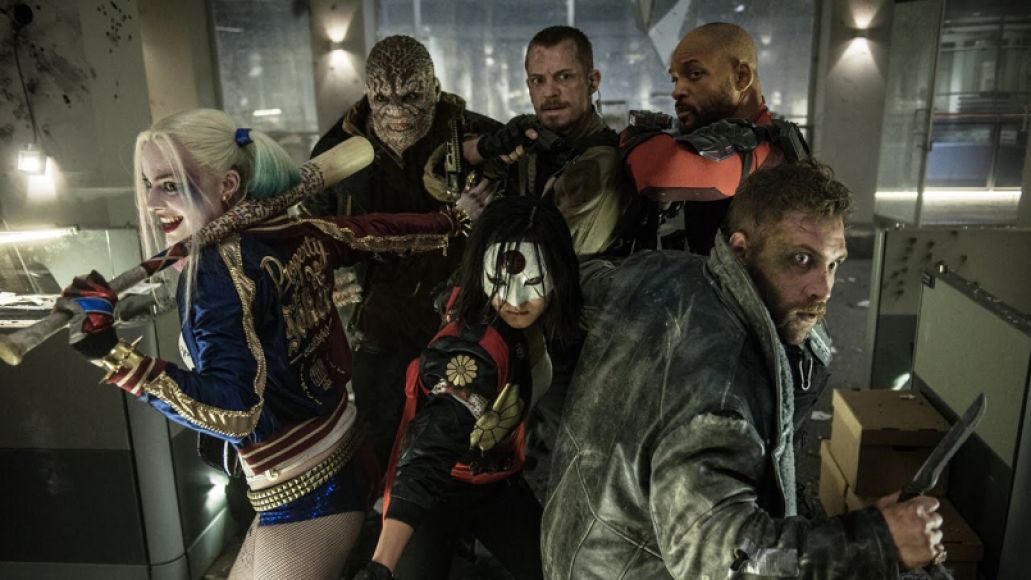 Diablo’s (Jay Hernandez) story, on the other hand, holds some water, but it’s a classic case of too little too late. In the final 20 minutes, we’re given legitimate reason to invest in this reformed gangbanger during one of the only emotional set pieces in the entire feature — the bar scene. The issue is that he’s essentially a background character until Ayer (and however many ghostwriters) needed someone to move the third act towards conclusion. Thus when he makes his final sacrifice, all that talk about losing a second family feels completely forced. Even worse, it’s brushed aside by every other character almost instantly; if they barely care, there’s nothing compelling us to either.

It only gets worse from there. Scarce development space is wasted on Captain Boomerang’s (Jai Courtney) pink unicorn. Killer Croc (Adewale Akinnuoye-Agbaje) is inconceivably reduced to a stereotype by calling people “shorty” and requesting BET. Katana is so pointless Karen Fukuhara might as well never have been cast; her whole purpose is to be Rick Flag’s (Joel Kinnaman) bodyguard, but Flag is never under any threat from the Squad members. As Deadshot reminds us multiple times, “He dies, we die.” We’re spoon fed Flag’s relationship with June Moone (Cara Delevingne), a couple made of pure panic and weepingly holding each other after uncontrollable Enchantress incidents. The love is 100% false, so his literal heart crushing moment in the finale lacks heft.

The film has the chance to focus entirely on Gadot’s Diana Prince, with a full arc developed just for her in her own world. All auxiliary characters can be presented in connection to only her, unbeholden to anything outside of the particular drive of this one protagonist. Personality traits can be explored, relationships can naturally emerge, and character can finally become paramount in a DC film. There also won’t be a rush to world build since the story takes place during World War I, decades before any of the other major DCEU players are even born.

That may sound a little Captain America: The First Avenger, but it might not be such a terrible thing for DC to shirk the stubbornness and do things a bit more The Marvel Way. They certainly learned something from Guardians of the Galaxy’s marketing strategy, adopting a similar scheme that likely led to SS’s opening weekend numbers. (Then again, the WW trailer could turn out to be a red herring, since we were already fooled once by what looked like a half-decent romp in Suicide Squad.) If DC Films’ new heads Geoff Johns and Jon Berg invest due care in developing truly commanding characters the way Marvel and Kevin Feige have instead of getting as many faces up on screen as possible, they may just have a shot at convincing audiences their DCEU is valuable not just for box office draws but actual delight.

In essence, Wonder Woman could save the entire DC Films universe. How’s that for girl power?

How Can Wonder Woman Save DC Films After They Committed Suicide Squad?