After much teasing, Isaiah Rashad has officially announced the follow-up to 2014’s well-received Cilvia Demo. It’s titled The Sun’s Tirade and due to arrive on September 2nd through Top Dawg Entertainment.

The forthcoming LP is expected to feature “i Mean” and “Free Lunch”, one of this month’s best singles. It will also include the newly unveiled “Park”, which sees the Chattanooga rapper flexin’ about his natural talents (“Mama I knew I was about it/ Way before venue was crowded”) and rising stock (“Trust me I feel like the Wop, rock/ You can depend on the stock, watch”) over a minimalist beat helmed by Park Ave & D. Sanders.

Check it out below, followed by the album artwork. Update: The full tracklist has also been revealed on Twitter. Fellow TDE label mates Kendrick Lamar, Jay Rock, and SZA all appear as guests. Meanhile, producers Mike WiLL Made-It (Rae Sremmurd, Beyoncé), Park Ave, FrancisGotHeat, and more were tapped to work the boards. 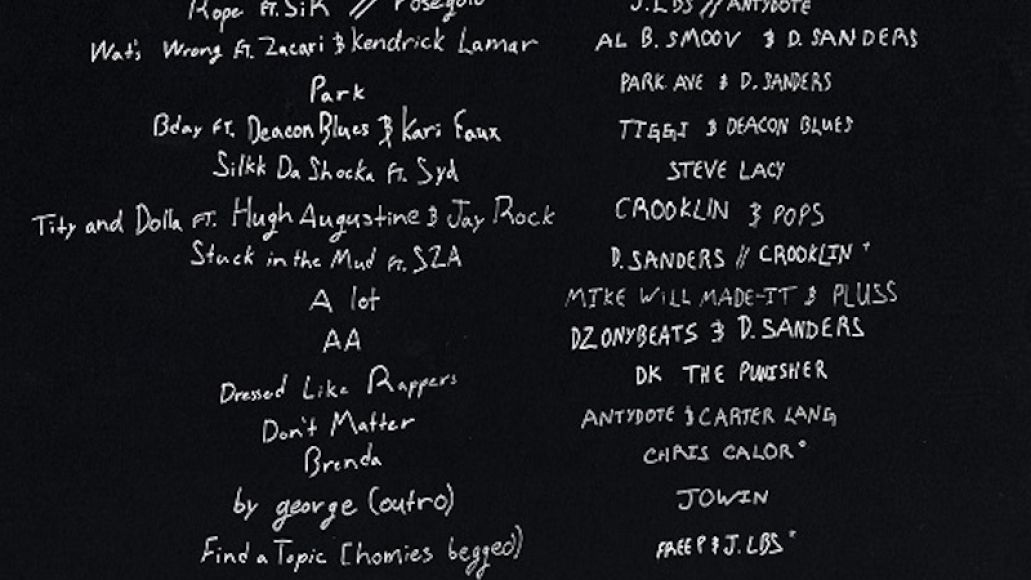 Though it’s unknown what sorts of collaborations might appear on the LP, Rashad did take a part in a special one over the weekend. He was joined onstage by Kendrick Lamar at FYF Fest to perform “Free Lunch”; see fan-caught footage below.