For a guy who’s supposed to be taking a break, Jack White sure does have a lot going on. In recent months, he’s become a photographer, released a live album with Pearl Jam, and launched the first vinyl record into space. Now, the Third Man rocker is prepping an archival rarities collection packed with previously unreleased music.

Due September 9th from Third Man/Columbia, Jack White Acoustic Recordings 1998-2016 promises alternate takes, new mixes, and never-before-heard recordings touching on all eras of White’s career, from his work with The White Stripes and The Raconteurs to his solo efforts.

One of the tracks, “City Lights”, is an unused White Stripes song originally written for 2005’s Get Behind Me Satan. White rediscovered the track while prepping that album’s 2015 Record Store Day reissue and decided to finish it. “City Lights” therefore becomes the first commercially available new material from The White Stripes since 2008. Take a listen above.

The 26 songs on Jack White Acoustic Recordings 1998-2016 are presented in chronological order from The White Stripes (remixed versions of “Apple Blossom” and “I’m Bound to Pack it Up”, “Hotel Yorba”, the Beck-produced “Honey, We Can’t Afford to Look This Cheap”) to White’s solo material (an alternate mix of “Hip (Eponymous) Poor Boy”, an acoustic mix of “Just One Drink”, “Love Interruption”). Also included is a bluegrass version of Raconteurs’ “Top Yourself”, plus White’s contributions to 2003’s Cold Mountain, “Never Far Away”, and Coca-Cola’s 2006 What Goes Around ad campaign, “Love is the Truth”.

The album will be available digitally and as a double-LP vinyl. Pre-orders are ongoing and include an instant download of “City Lights”.

Below, find the front and back album art, complete tracklisting, and a preview video with snippets of a handful of other tracks. 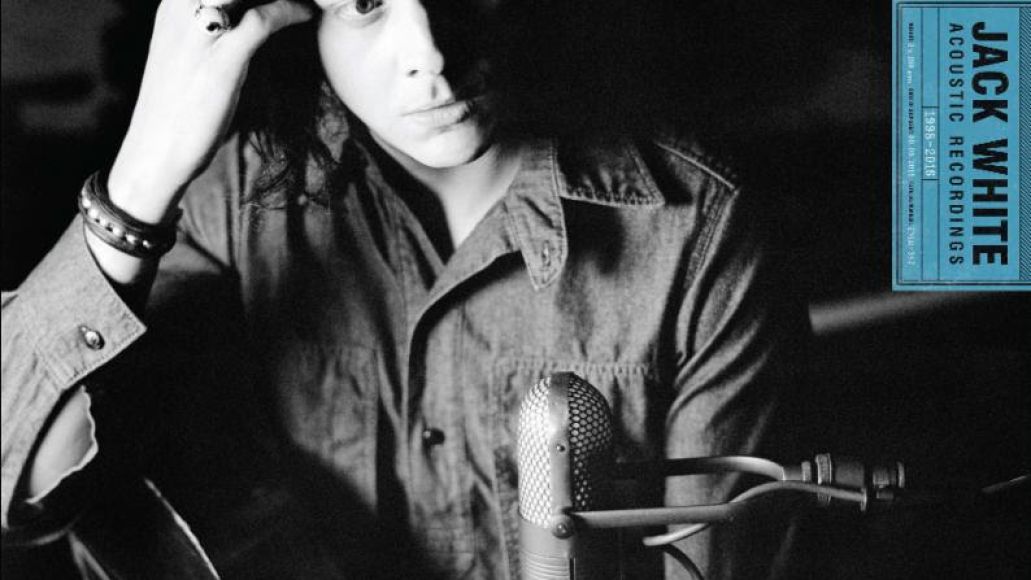 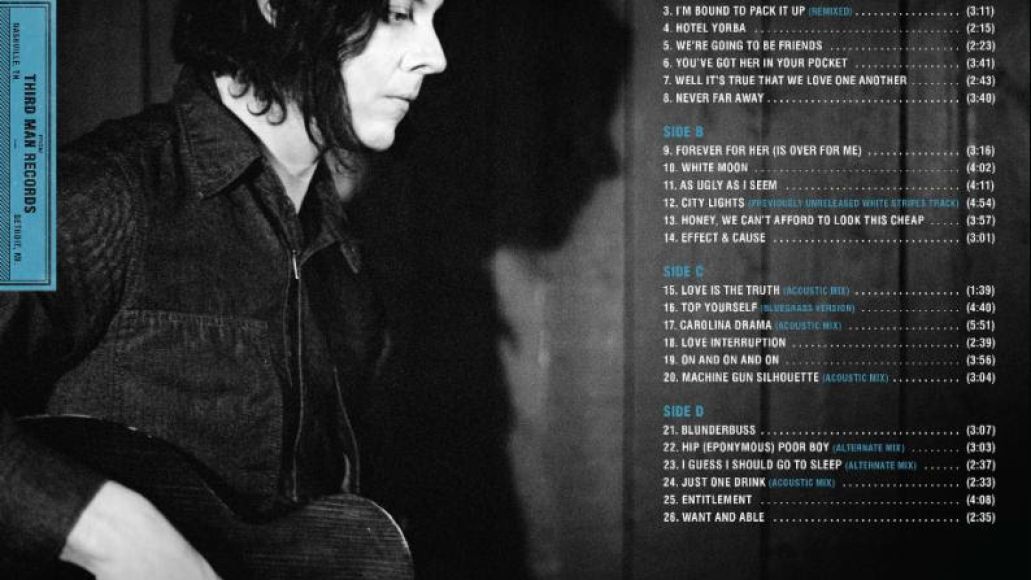