Jonathan Clay and Zach Chance met in Magnolia, Texas, when they were only 15 years old, and they didn’t waste much time forming Jamestown Revival, releasing their 2014 debut, Utah, and becoming one of the country’s preeminent Americana duos.

All that growth doesn’t come without its share of growing pains, though. When Clay and Chance traded in their spurs and moved to LA, it only took them a little while to realize that they’ll always be Lone Star guys at heart. Their latest song, “Back To Austin”, speaks to their decision to move back home to — you guessed it — Austin.

“It’s about looking back on all the miles we’ve travelled over the past few years, and our fondness of the memories we’ve made,” explains Clay. “We knew our time on the West Coast was never permanent, and this song talks about the heart-warming thought of returning back to the hill country.”

The thing about stories is, they can stretch on for as long as the open prairie. Jamestown Revival is still at the beginning of their story, but their forthcoming album, The Education of a Wandering Man, definitely represents the next chapter. The album can be pre-ordered starting August 12th, and you can listen in to “Back To Austin” above. For more, check out the album’s lead single, “Love is a Burden”.

The Education of a Wandering Man Album Artwork: 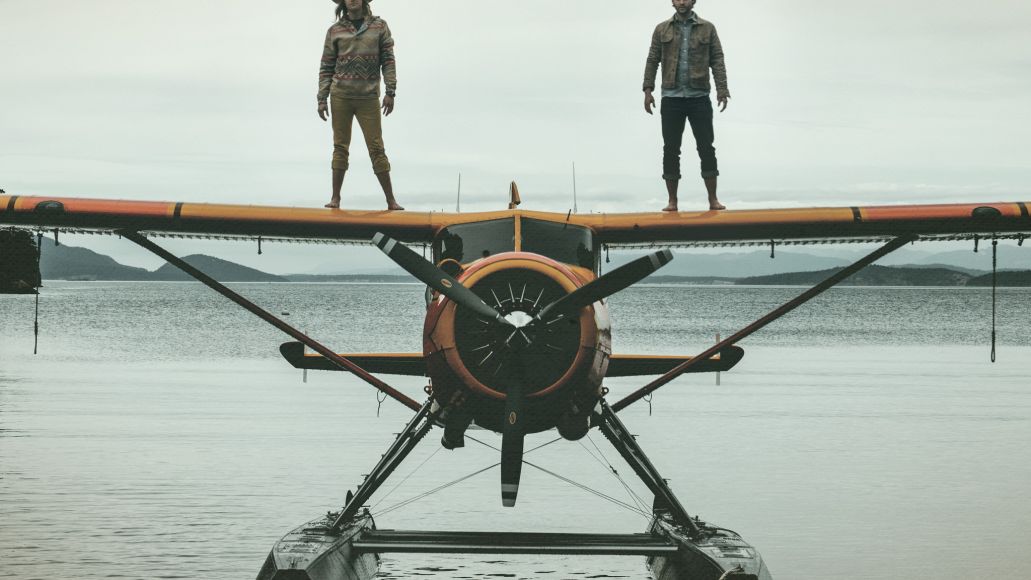 Below, check out a brief Q&A with Jamestown Revival’s Zach Chance and Jonathan Clay, in which they address the inspiration behind “Back To Austin” and the rest of The Education of a Wandering Man.

Utah came about sort of without any plans, but after that success, you suddenly had to write a follow-up. You had plenty of obligations weighing on you from record companies to fans, so how did you find yourself working through that and getting down to just writing an album?

Zach Chance: We started getting together in our free time when we weren’t traveling. Much in the same way we wrote for Utah. Except this time we would meet at Jon’s place in Austin in a small studio he built out. After a while it just felt like we had a collection of songs that were cohesive. It did take us a while to get over the expectations of writing new music and that’s how the song “Love is A Burden” came about.

You wrote the first single from The Education of a Wandering Man, “Love is a Burden”, about your breakthrough hit, “California (Cast Iron Soul)”, which is sort of an ironic way about things for a band that suddenly finds themselves successful. Why was writing that song necessary for you, and then why choose it as the lead single for your new LP?

Chance: The song is really us just vocalizing the pressure we felt trying to write another song like “California” and admitting that there was this elephant in the room. We never dreamed we would have the success we were able to achieve. It was modest success compared to most, but for us it was life altering. It was good to acknowledge that. I guess it’s only fitting to then choose that song as the kicking off point for a new record. It’s like saying okay, here’s chapter two.

Talk about this new track — what part of the “education” of the album title is this about, and what inspired it?

Jonathan Clay: “Back To Austin” is about the return home. It’s about looking back on all the miles we’ve travelled over the past few years, and our fondness of the memories we’ve made. That said, we knew our time on the West Coast was never permanent, and this song talks about the heart-warming thought of returning back to the hill country.

Though the band is by-and-large a duo — as the album cover itself depicts — there were four other guys with you in Austin recording this album. What was their input and impact on the record in terms of sound or direction? Were they mostly “studio” guys or were they folded into the writing process at all?

Clay: To call them anything that would reference a “hired gun” would be a disservice and an injustice. They’re our Jamestown family. We’ve been through hell and high water with those guys, and we hope to have them on stage with us for many years to come.

Sonically, what sort of directional growth should fans be ready to hear on album #2? What things do you think will surprise them and where will they hear the Jamestown Revival they’ve already grown to love?

Clay: We’re in a much different place personally and musically than we were four years ago when Utah was recorded. I think we have all grown together as musicians, and we all share the desire to explore new musical ground. We try to walk the line between finding the perfect tones and arrangements, but not overthinking things. We achieved some really cool guitar and drum tones on this album that imparted a very distinct character to the record as a whole.

Additionally, recording this album in a farmhouse vs a traditional studio definitely influenced us much in the same way the cabin influenced Utah. There are elements that have remained consistent from our last album to this one (i.e. the almost a cappella nature of “almost all the time”), but I think people will definitely hear an evolution in the band as a whole. Songs like “Midnight Hour” pay a little homage to Muscle Shoals, while “Company Man” lands itself in a place more reminiscent of one of our biggest influences — Creedence Clearwater Revival.