The list of iconic musicians trumpeter and composer Josef Leimberg has worked with is vast and varied. Either solo or alongside his LoveDragon compatriot Terrace Martin, he’s produced and collaborated with the likes of Snoop Dogg, Erykah Badu, Robin Thicke, SZA, Funkadelic, Murs, Busdriver, and Dr. Dre. Perhaps most notably, he and Martin were major contributors to Kendrick Lamar’s latest opus To Pimp a Butterfly. After all those noteworthy alliances, Leimberg is set to stand on his own with his debut solo record, Astral Progressions, out October 7th via World Galaxy/Alpha Pup Records.

Well, “on his own” doesn’t quite tell the full story. To help bring his particular jazz fusion and instrumental hip-hop/R&B blend into the otherworldly domain, he’s brought along friends like Bilal, Kurupt, Miguel Atwood Ferguson, Georiga Anne Muldrow, and his old pal Martin. Perhaps most exciting of all, however, is his collaboration with saxophone phenom Kamasi Washington.

Washington joins in on a free flowing piece entitled “Interstellar Universe”. The track sounds much like what the uninitiated might expect to hear in a well-lit jazz club in midtown, only if that town were riding through the stars on the cosmic tides. Leimberg trades magical verses with Washington, each blowing their respective horns like an astronaut tumbling gleefully through space. Behind it all is the twinkling chimes of percussion and the mystic harmonies of a gentle choir.

“This is by far, the most powerful record of my album,” Leimberg tells Consequence of Sound. “I feel blessed and honored to collaborate with such a prolific musician and human being as Kamasi.” Blessed are we, as well, to be taken on such a gorgeous journey of sound. Take a listen below. 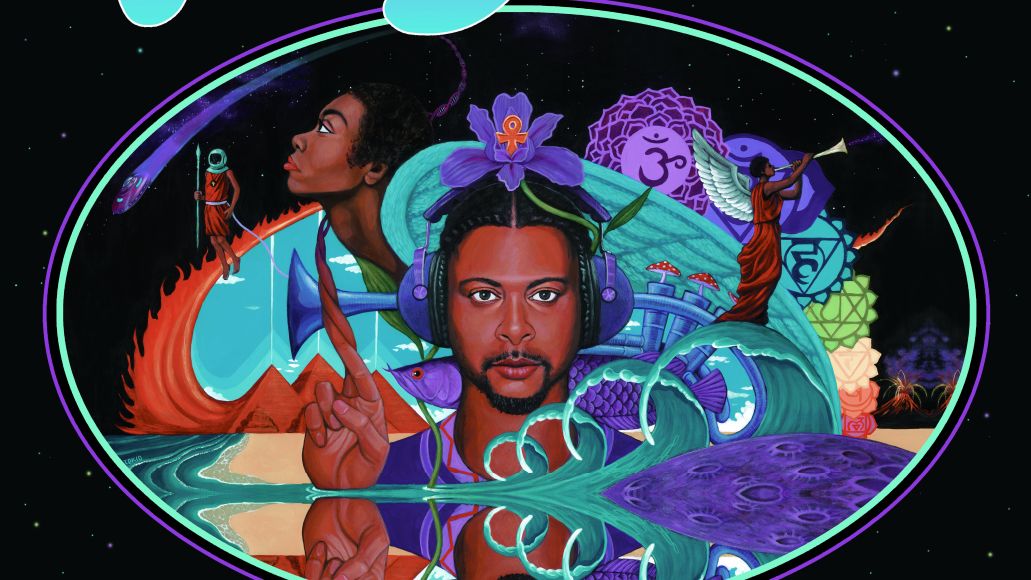 Astral Progressions Tracklist:
01. Spirits of the Ancestors
02. Interstellar Universe
03. As I Think Of You
04. The Awakening
05. Between Us 2
06. Celestial Visions
07. Astral Progressions
08. Lonely Fire
09. Echoes Of One
10. Psychedelic Sonia