It’s hard to believe that a quarter century has gone by since Perry Farrell rolled out the blueprints for what was then simply a fun way to say goodbye to Jane’s Addiction. Since then, the blockbuster brand has seen its fair share of lineups, shakeups, and breakups. Now, it’s an annual Chicago tradition, one that C3 Presents hosts at Grant Park every summer.

“The record industry loves success,” Farrell recently told Chicago Tribune hero Greg Kot. “They wait for something to hit, they go to the hilltops. They go right to next year — hey, the Red Hot Chili Peppers want to do it (in 1992). I didn’t have much else to do that year, I knew I was going to put Jane’s down for a time, and I figured why not? I was up for another party.” 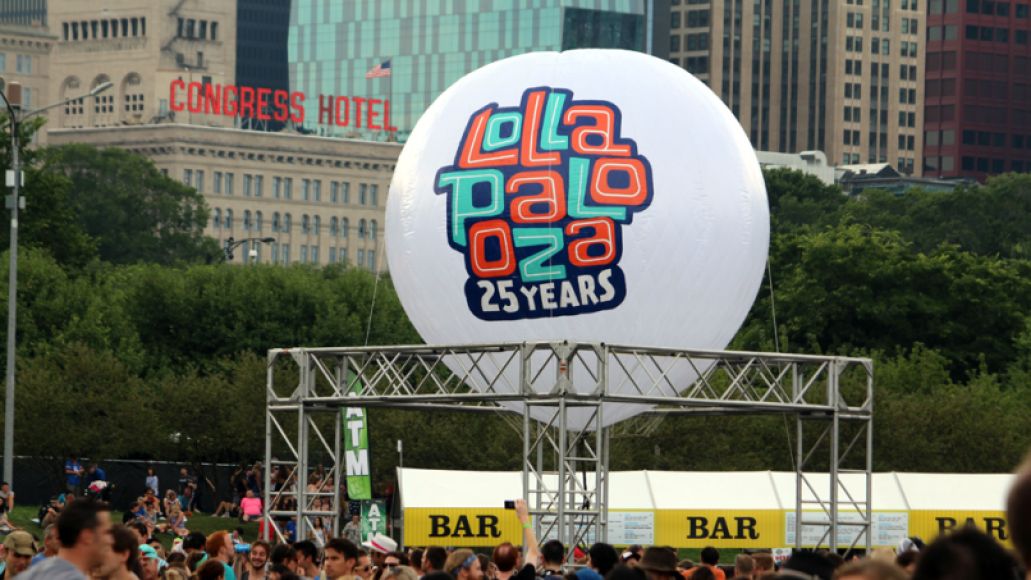 He’s been up for one almost every year, and he went all out for 2016. The 25th anniversary celebration sucked the Day-Glo-colored marrow straight out of the “-palooza,” featuring veterans like Radiohead, Jane’s Addiction, and Red Hot Chili Peppers alongside young visionaries like Future, Lana Del Rey, and Vic Mensa. There’s something for everyone.

Although the festival “started out as a scene for the alternative kids,” as Farrell also argued, it’s essentially become a beacon for all things pop culture. This past weekend alone saw Dwyane Wade welcomed back to the 312 during Flosstradamus’ set, Malia Obama floating about with her flanneled detail, and random pop-ups by that hunky boyfriend from Stranger Things.

Still, Lollapalooza’s evolution into a four-day fiesta wasn’t without its fair share of growing pains. Thursday felt like a complete toss-up, headlined by two acts at the tail end of their press cycle and supported by a hodgepodge of genre-ruling talent that was spread too thin. Meanwhile, Perry’s Stage continued to bring out the worst in everyone by simply bringing out the worst people.

Farrell arguably summed it up best with his rallying confession: “I hate EDM. I want to vomit it out of my nostrils. I can’t stand what it did to what I love, which is house music, which was meditative, psychedelic — it took you on a journey. I sometimes cringe at my own festival.” The feeling’s mutual, especially when you see hundreds of teens either fighting or puking on each other.

One major win for the festival was avoiding another evacuation. They came close, admittedly, with several long stretches of garbage weather on Thursday and Friday, but the gates remained opened and nobody had to run into hotels or overpriced bars on the Michigan strip. Instead, most festivalgoers huddled under trees as their crisp Cavs gear turned soggy.

There’s been plenty of discussion as of late about the festival bubble bursting. Sagging sales have affected titans like Bonnaroo and promising rookies like New York City’s Panorama, urging analysts to reconsider the once booming business. Yet that isn’t a problem for Lollapalooza, which continues to sell out before the lineups even hit the newsstands. 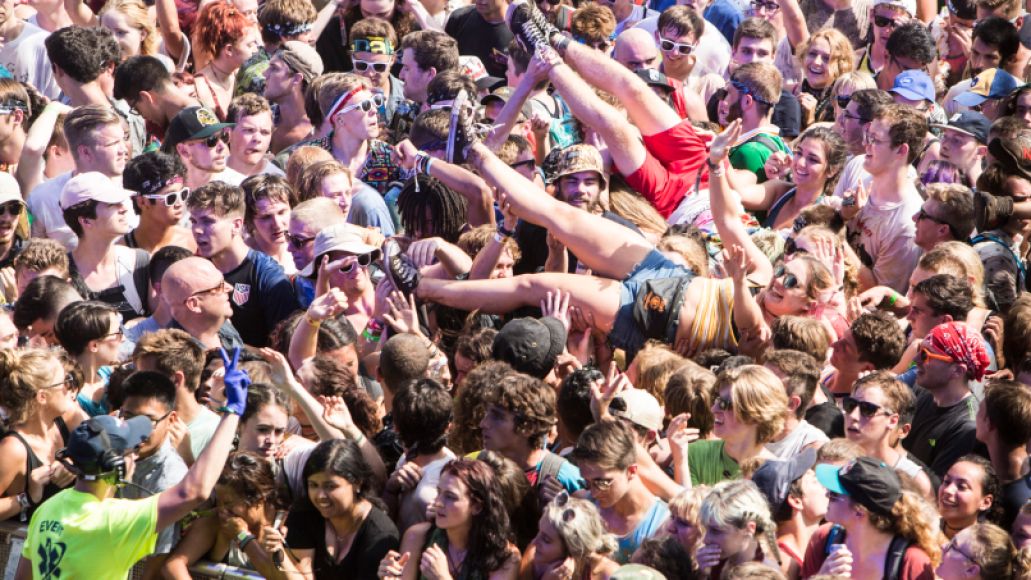 Much of that has to do with the overall experience, how both Chicagoans and tourists can enjoy the Second City and escape into this insane metropolis-within-a-metropolis. Still, this lax accountability has in turn affected the curation of any given year’s lineup, which is why some of the bookings may feel either safe, predictable, or worse: dated.

“When you book 170 acts per festival and don’t want to repeat yourself, you run out of greatness and you start compromising,” Lollapalooza co-founder Marc Geiger explained in the same interview. That “compromise” has been a nagging issue of the festival for years and with Thursday now in the mix it’s likely only going to get a lot worse.

Maybe not, though. One of the more inspiring facets of Lollapalooza is its graduation process, namely how the festival tends to invest on an act’s reputation, moving them up the ranks from the side stages to the main stages that anchor the opposing sides of Grant Park. This year alone saw several graduates pulling their own weight — it was inspiring, to say the least. 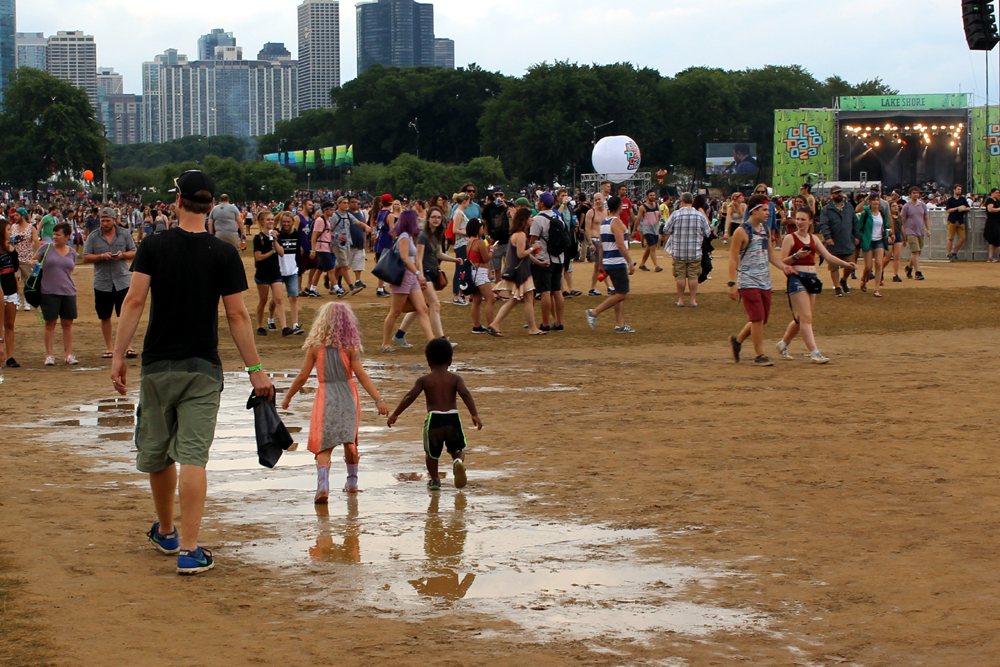 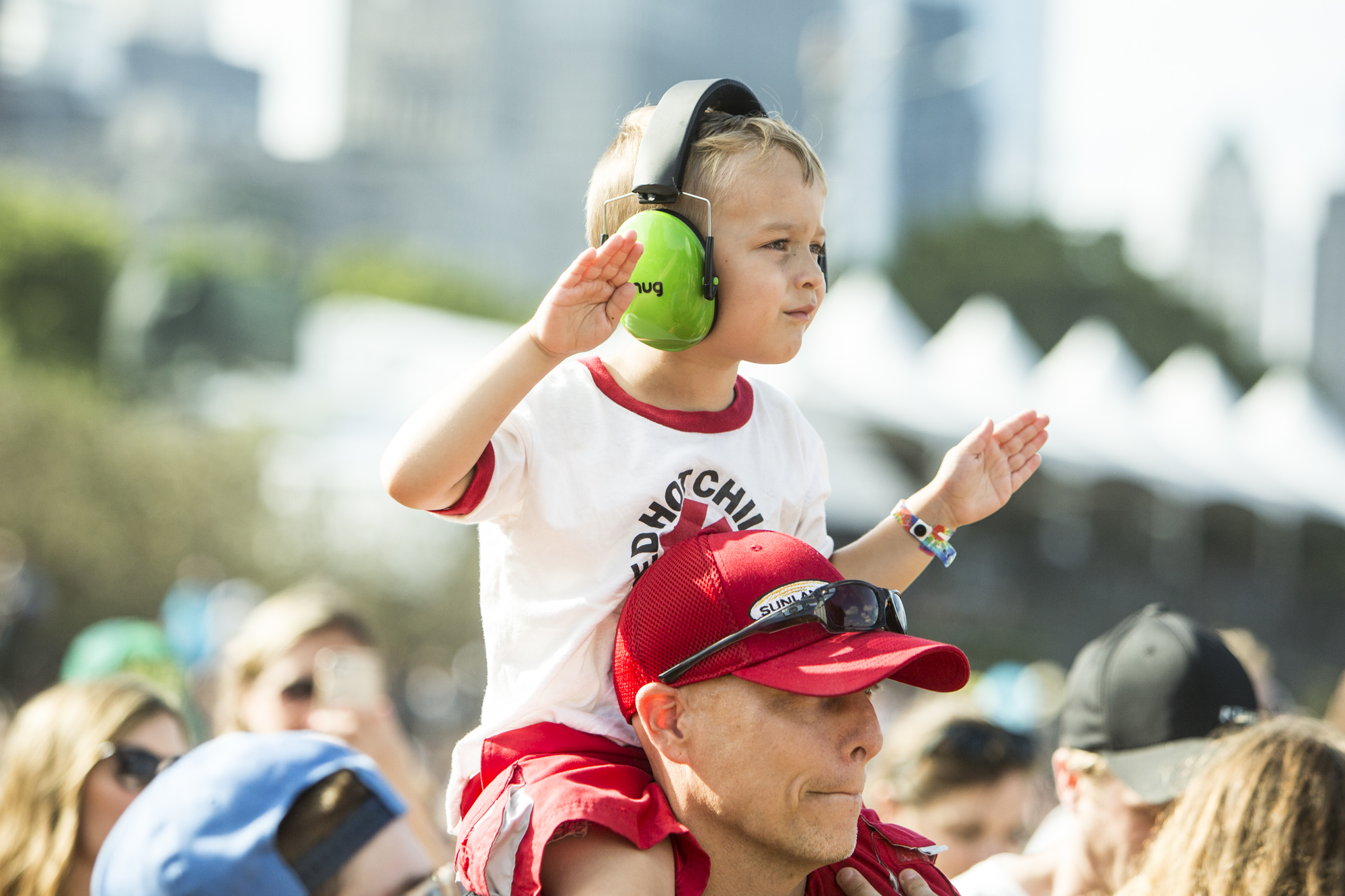 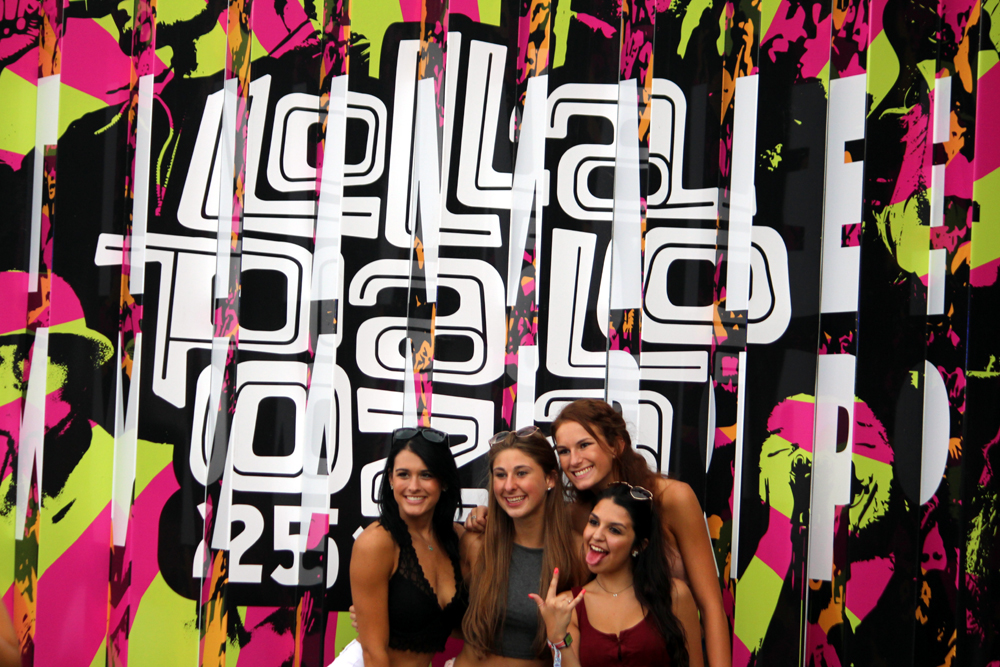 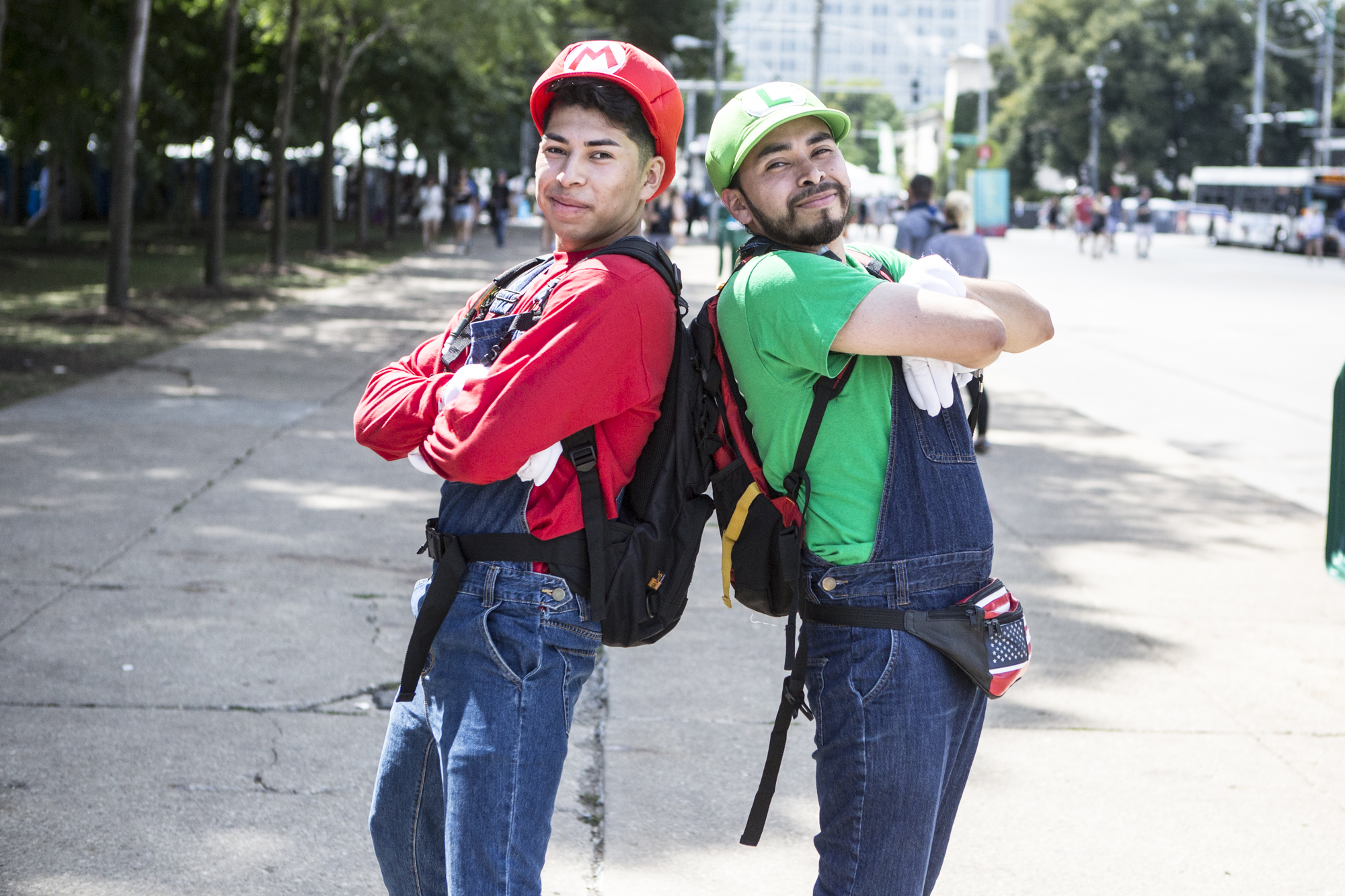 Looking back, the term “moment” was thrown around a lot over the weekend. Chance the Rapper coming out for Future was a moment. Tom Morello and Jimmy Chamberlin assisting Jane’s Addiction was a moment. The whole D-Wade appearance was a moment. Are these calculated? Sure. Are they pedantic? Somewhat. Does anyone care? Absolutely.

Because there’s really nothing more lucrative than a rare moment, especially in a world so hideously fascinated with bragging rights and personal narratives. Lollapalooza’s greatest strength is providing those opportunities, and while that’s a depressing departure from its halcyon days, it’s a smart business strategy, and one that will keep this afloat for some time.

Rest assured, there’s plenty of music to be had and we saw and heard more than anyone needs to see and hear in any given season. So, click on ahead to read about our thoughts on the best and worst of Lollapalooza, and if you’re still recovering, we recommend you drink plenty of water and eat the largest sandwich you can make before taking some Hibernol.