There’s a terrible itching that comes with bad memories, as if regret is literally scratching at the back of your brain. It’s that feeling that comes when you can’t help but rehash some tiny indiscretion that led to a chain reaction of poor outcomes. Why did I say that? Would she still be into me if I’d done this instead of that? It’s self-flagellation at its most nagging, a mental hole you fall into and of which you can’t seem to pull yourself out.

At least you now have Lost Boy ?, the lo-fi project of Long Island native Davey Jones, to provide a soundtrack to that misery spiral. “Replay” is a peppy ode to exactly what the title suggests: replaying a stupid decision over and over until it feels like you’re beating your head against a wall. As Jones puts it, “‘Replay’ is a hand trying to pull itself out of its own realized excrement on loop.” We all know that’s not an easy task, but it’s nice to have some empathy in the form of Jones’ voice and dizzying guitar.

The track comes from Lost Boy ?’s forthcoming follow-up to 2015’s Canned, their sophomore album Goose Wazoo, due out from Little Dickman and State Capital Records this September. Take a listen to the tune below, followed by a comic representation of the lyrics. 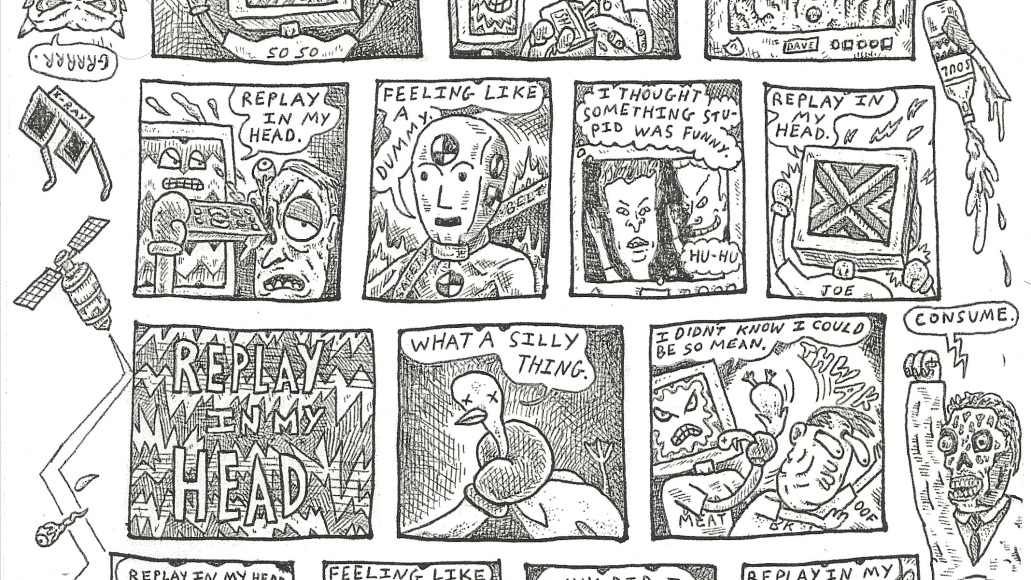