Next week marks the 25th anniversary of the premiere of beloved ’90s cartoon Ren & Stimpy. To celebrate the occasion, two minor league baseball teams will face off while suited up in jerseys featuring the classic Nickelodeon characters.

The Brooklyn Cyclones (a New York Mets affiliate) and the Vermont Lake Monsters (an Oakland A’s affiliate) will represent Stimpy and Ren, respectively, when they duke it out at Brooklyn’s MCU Park next Wednesday, August 10th. If that’s not enough to satisfy nostalgic baseball fans, the game’s attendees will also receive complimentary Ren & Stimpy bobbleheads. (Throw in a log and I’m 150% down.)

Feast your eyes on the uniforms below — you’d be an eeeediot! not to want to cop one for yourself. 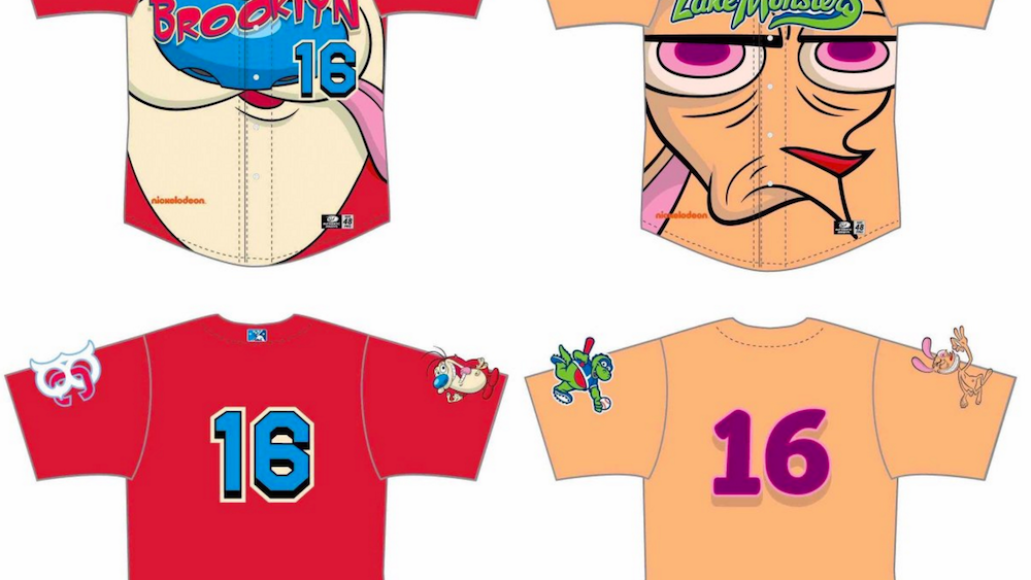 The @BKCyclones continue to outdo themselves. This time for 90s Nickelodeon Night on 8/10 pic.twitter.com/KLUudEsOle