In a tweet posted shortly before Christmas, Trent Reznor promised that Nine Inch Nails would return in 2016. We haven’t heard much else in the eight months since then, but it appears that could soon change.

A reddit user has leaked an image purported to be from Kobalt Music Group’s internal database, which lists a September 16th release of a new Nine Inch Nails single called “Dive and Slam”.

“Dive and Slam” is also newly registered to Reznor on ASCAP’s Repertory, adding credence to the image’s veracity.

Nine Inch Nails representatives did not respond to our requests for comment prior to publication.

Update: Reznor has seemingly responded to the rumors, saying it’s “Not true.” 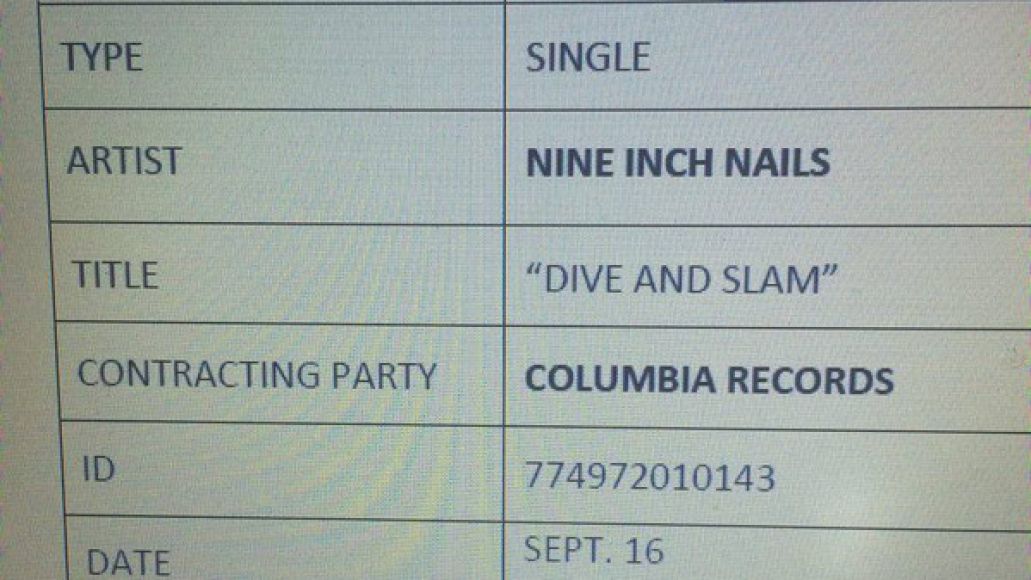