When Osheaga booked Radiohead for the band’s only slated Canadian performance in support of A Moon Shaped Pool, festival co-founder Nick Farkas said, “I can pretty much retire now.” Landing Thom Yorke and co. proved to be the most important coup given that Disclosure canceled their penultimate set on Sunday evening due to travel issues. Radiohead saved the day by starting their sprawling performance 15 minutes early to the massive crowd’s excitement.

From Friday afternoon to the final set on Sunday, you couldn’t have asked for better weather, with three consecutive sunny days that hovered in the low 80s Fahrenheit. Food options abounded at the scenic Parc Jean-Drapeau, with poutine as far as the eye could see. The new water fountain installation became a popular meeting point for revelers to cool off in the heat of the afternoon. Mobile phone charging stations, relaxation areas, and free WiFi were all available so fans could stay rested and connected. And aside from the collection of renowned international musicians, the fest also featured prominent hometown artists like Wolf Parade, Kaytranada, and Half Moon Run. 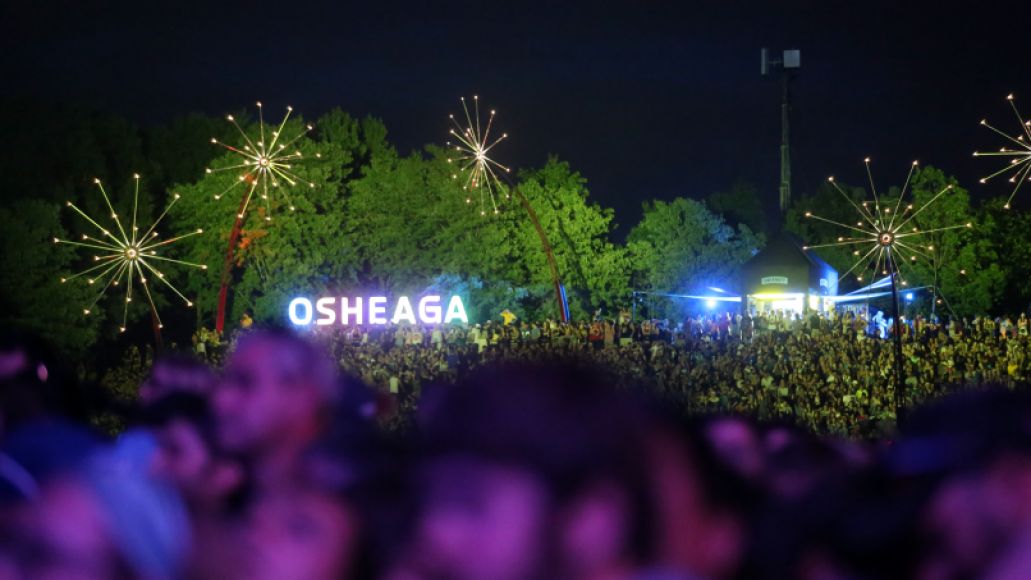 Outside of the ideal setting, there were a few bumps throughout the weekend. Last year I noted how difficult it was to exit the island since there’s only one train line for public transport, but this year I made a concerted effort to position myself by the exit when the headliners were finishing. Being embedded in the crowd versus already moving when the festival ended made a world of difference between making it to the train station unimpeded versus getting stuck in a slow-moving line. Disappointingly, foot traffic never really seemed to make it all the way to Scène Verte, despite a solid set of performers that included St. Lucia, Best Coast, and The Last Shadow Puppets. The stage area filled out well enough during Future’s set, but even then, a stage manager opened the near-empty VIP section for general admission fans to give a fuller appearance for the front of the crowd.

Attendance at the pair of main stages (Scène de la Montagne and Scène de la Rivière), on the other hand, was strong throughout the weekend, with all three headliners drawing fans early on their respective days. Red Hot Chili Peppers delivered a high-energy, crowd-pleasing set filled with their biggest hits, and Lana Del Rey brought her beautiful croon and hypnotic movements. Elsewhere, Grimes gave a gutsy performance, Kaytranada threw a groovy sunset dance party, and Wolf Parade celebrated a triumphant homecoming. So come revisit some of the best songs that soundtracked another memorable weekend in Montréal.