Prophets of Rage — the politically-minded supergroup featuring members of Rage Against the Machine, Cypress Hill, and Public Enemy — are set to release their debut EP on August 25th via Caroline. The Party’s Over will include two new studio tracks, plus three live recordings. Zane Lowe premiered one of those live tracks today on Beats 1.

As is clear from the title, “No Sleep Til Cleveland” is a reworking of the classic Beastie Boys track “No Sleep Till Brooklyn”. Recorded live during Prophets’ performance at the Republican National Convention in Cleveland, the semi-cover includes new verses and incorporates various parts of Public Enemy’s iconic “Fight the Power”. Take a listen below.

“No Sleep Til Cleveland” Single Artwork: 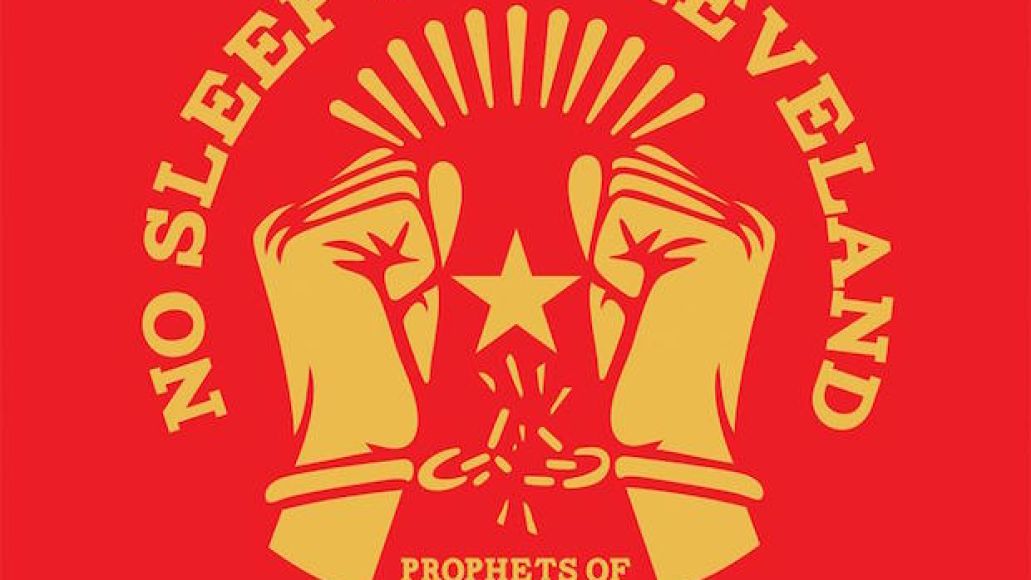 “No Sleep Til Cleveland” is our second sample of the forthcoming EP; the band previously shared their cover of Public Enemy’s 1988 cut “Prophets of Rage”. To find out where you can catch the band performing live, check out their current tour itinerary here.