On September 16th, The Gaslamp Killer will return with a new album called Instrumentalepathy. The Cuss Records release marks the second full-length for the producer, née William Benjamin Bensussen, and the follow-up to 2012’s Breakthrough.

The Brainfeeder and Flying Lotus affiliate recorded the LP at his personal home studio in San Diego as well as other locales. It was mastered at Los Angeles’ Cosmic Zoo by Daddy Kev, the Grammy-nominated mixer known for his work on FlyLo and Kendrick Lamar’s “Never Catch Me”. The 12-track effort features guests in Miguel Atwood-Ferguson, Mophono, Amir Yaghmai, and frequent collaborator Gonjasufi.

As a press release details, Bensussen wrote much of Instrumentalepathy three years ago after a scary near-death experience. In fact, a “handful of the tracks were even captured from his bed, unable to walk, with morphine running through his veins and staples in his body.” Its psychedelic artwork, done by Albane Simone, reflects Bensussen’s “music and the chaos he’s survived.”

Our first look at the upcoming album comes with the groovy, space-age cut “Residual Tingles”, which can be heard below. You’ll also find the album’s trailer, directed by “steve” (aka FlyLo), as well as the tracklist. 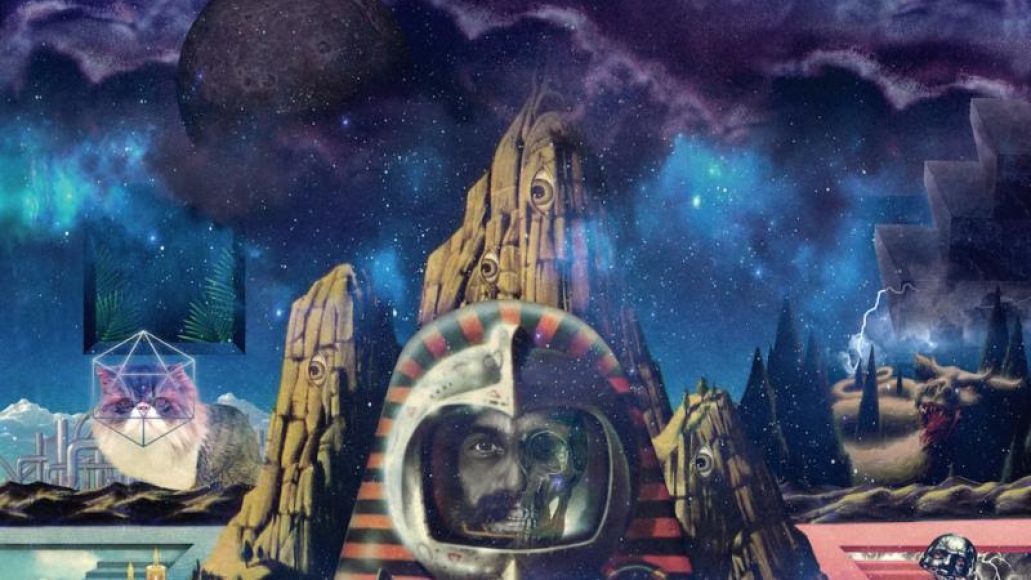