It’s been almost a full year since we last heard from Sweden’s dream pop outfit The Radio Dept. In fact, since the band released 2010’s excellent Clinging to a Scheme, they’ve only appeared sporadically, dropping singles like “Occupied” and “Death to Fascism”. Today, that all changes with the announcement of a new album and the release of its lead single.

Running out of Love marks The Radio Dept.’s first full-length in six years and their fourth overall. Due out October 21st via Labrador, the 10-track effort features “Occupied” and a number of other politically-charged songs. A press release notes that while the record is a commentary on the current state of life in Sweden, the themes “about the impatience that turns into anger, hate and ultimately withdrawal and apathy when love for the world and our existence begins to falter” are indeed universal.

New single “Swedish Guns”, for example, takes aim at the arms industry. Over a hypnotic, neo-dub beat with synth notes punctuating like the rattling of bullets, the band sings of the dangerous path one takes when arming yourself becomes a means to an end. “They should turn around the Swedish guns/ And force us to the ground with Swedish guns,” goes the final verse. “Cause who can be to blame for Swedish guns?/ A clue, it’s in the name/ A diabolic shame.”

Pre-orders for Running out of Love are going on now and come with an instagrat download of “Swedish Guns”. Check out the album art and tracklist below.

Running out of Love Album Artwork: 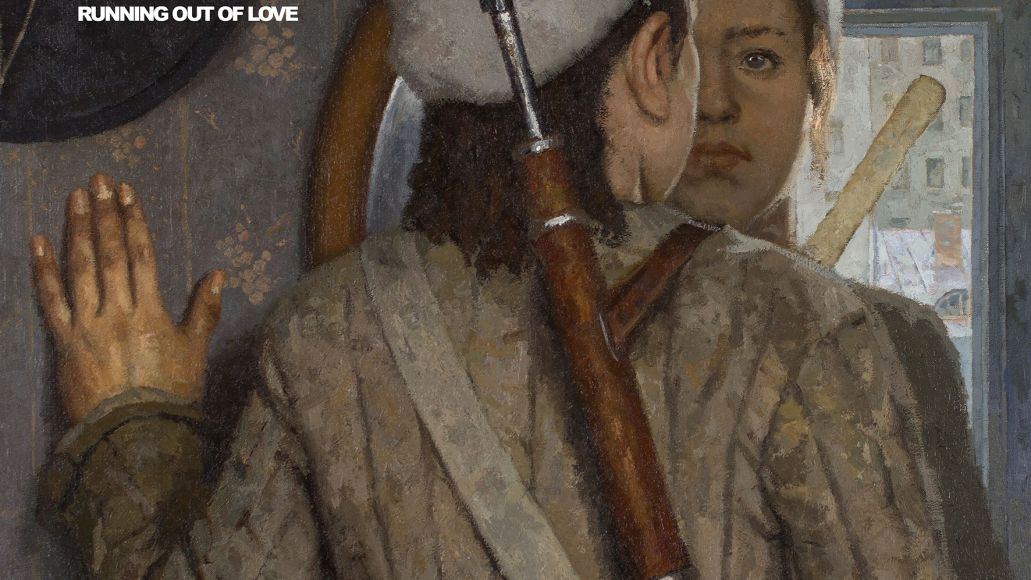