Lots of people simply accept that stereo offers a better, more dynamic sound than mono, but it’s not quite as simple as that. Most recordings up until the late ‘60s were originally mixed for mono and intended to be heard on a sound system with only one speaker, as stereo systems weren’t widely available at the time. To this day, some diehard fans of The Beatles and The Rolling Stones insist that mono is the only way to listen to those bands’ records, as it offers a certain warmth and vitality that the stereo versions lack.

The Beatles got back to mono a few years ago, and it looks as if The Stones are now about to follow suit. As Rolling Stone reports, a new ABKCO box set will feature the band’s ‘60s discography in glorious, original mono versions. Due out September 30th, the set will include the Stones’ UK and US releases from their self-titled 1964 debut through 1969’s Let It Bleed, plus a collection of singles and EP tracks entitled Stray Cats.

If that sounds like a lot of music, it sure is. The set will feature a whopping 186 songs, including 56 that have never been released in mono. It’s no wonder that the physical versions of the release are going to be damn near unwieldy — ABKCO plans to release a 15-CD set and a 16-LP set that also includes a 48-page book featuring an essay by David Fricke and photos by Terry O’Neill. Digital formats will also be made available.

Legendary engineer Bob Ludwig is behind the new mono masters, and the vinyl lacquers were reportedly cut at Abbey Road. Take a look at the tracklist (and a photo of the beastly box set!) below. 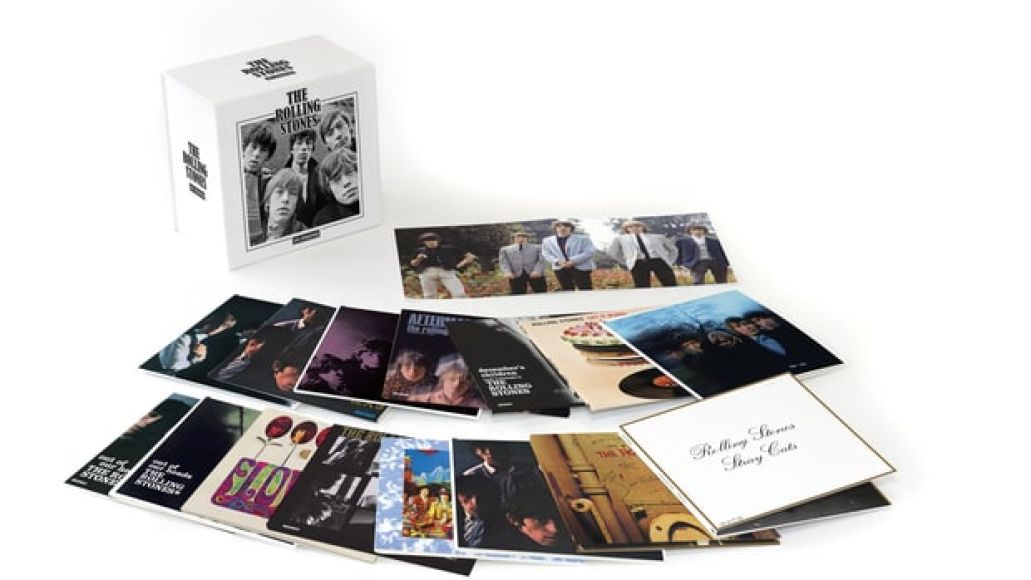