This fall, Warpaint are set to return with their highly anticipated third album. Titled Heads Up, it’s due out through Rough Trade Records and serves as the follow-up to their self-titled release, one of 2014’s best albums.

After delving in various solo endeavors, including bassist Jenny Lee Lindberg’s solo debut, the members of Warpaint reconvened and began recording the new LP in January. Accompanied by producer Jacob Bercovici, who helped helm their 2008 Exquisite Corpse EP, they logged time in local studio House on the Hill as well as Papap’s Palace and their own home studios.

The Los Angeles dream pop outfit tried a new approach during the sessions for Heads Up; for the first time ever, they recorded in pairs and alone rather than as a full band, a press release notes. “The doors were a little more open in terms of what was accepted and what wasn’t, because we were sharing ideas so rapidly between us,” says the band’s drummer Stella Mozgawa of the recording process. “The roles that each of us individually had — or had established — were a little more malleable.”

The 11-track effort is said to be an eclectic collection, one influenced by the likes of Kendrick Lamar, Janet Jackson, Björk, and Outkast. As a preview, Warpaint have shared the upbeat, funk-flecked lead single, “New Song”; check that out above. They also recently debuted LP opener “White Out” live, footage of which can be seen below.

Heads Up hits shelves on September 23rd; pre-orders have already begun. In support, the band will embark on a fall tour. 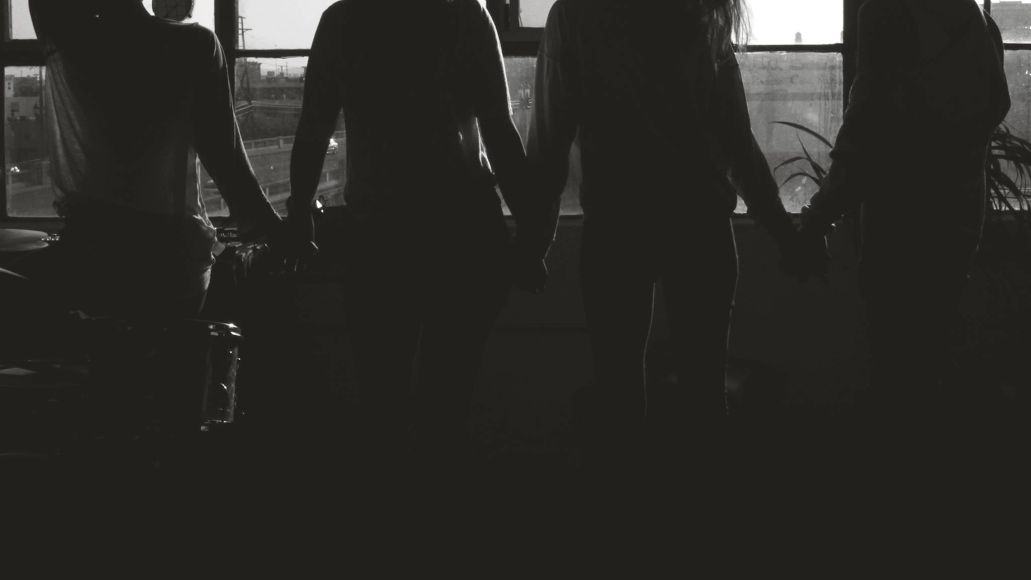