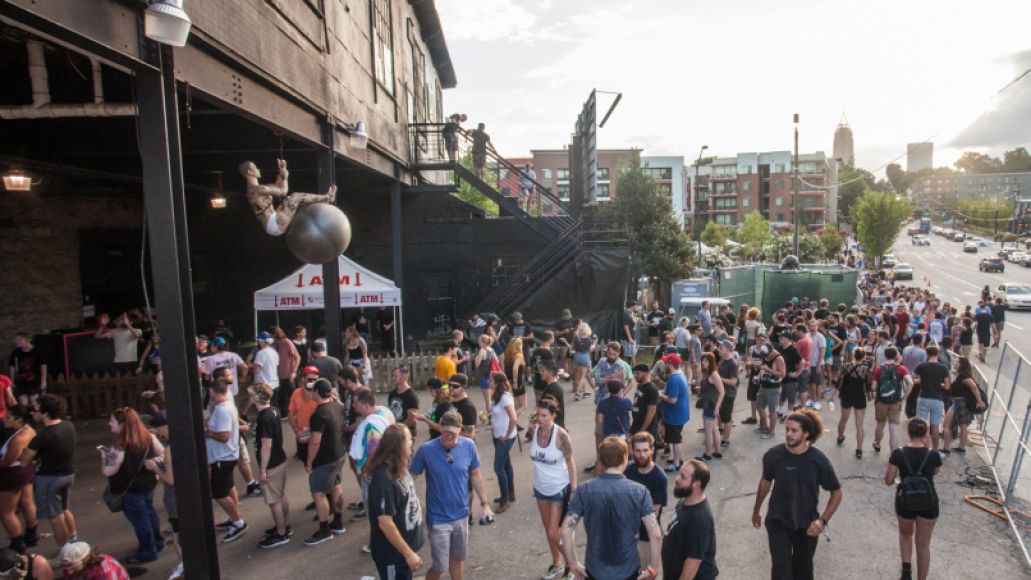 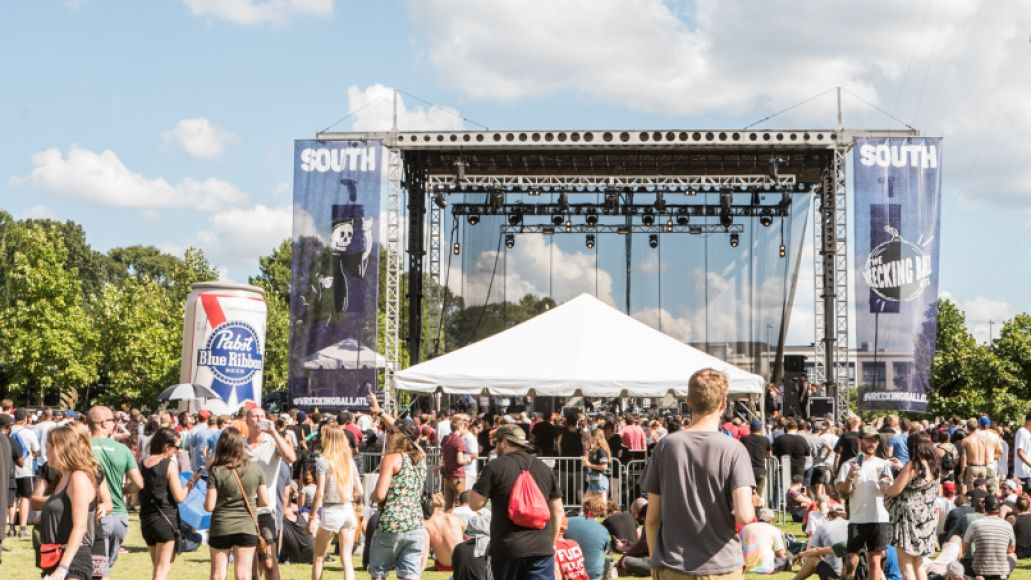 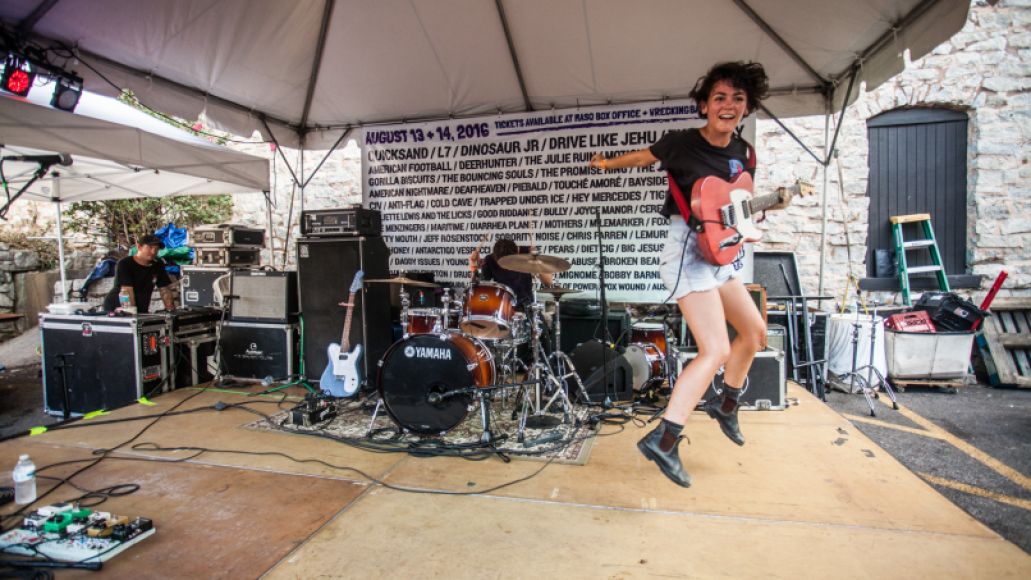 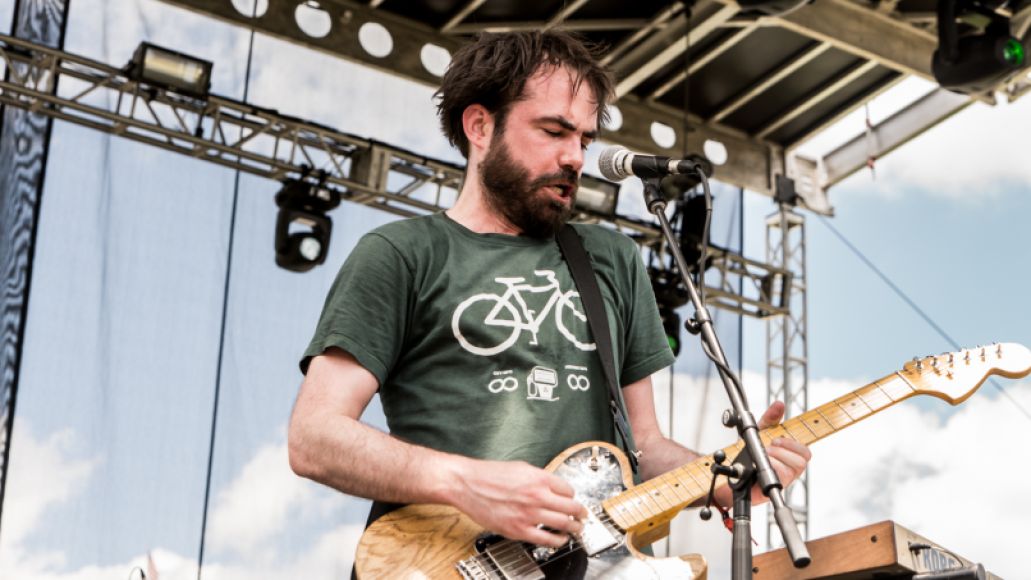 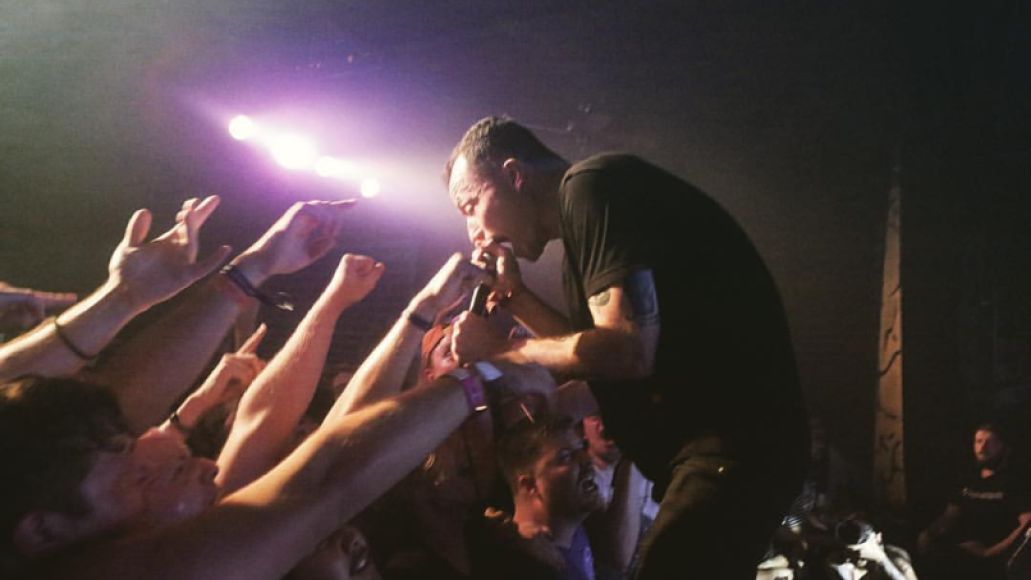 Though I missed much of their Saturday afternoon set due to an early kink in the line system used to enter the separate Heaven and Hell stages inside The Masquerade, what I caught of Touché Amore’s afternoon set was more than enough to place them among the peak experiences I had at Wrecking Ball this year.

The band is known best for its combination of richly imagistic, emotive lyrics ragged-throat screamed above “four-on-the-floor” uptempo hardcore and flourishes of late ’90s emo guitar picking, but possibly more than the music itself, which was at times ferocious enough to spark an impromptu circle pit amidst the otherwise uncoordinated flailing of the audience adjacent to the Heaven stage, it was the full ecstatic participation of the room at large that won me over completely for this set. Hoarse voices surrounded me at all positions, none skimping on a line or lament, despite their bleeding throats. Near the front of the room, human shapes leapt from nowhere places, thrusting themselves atop arms waiting to pass them from one set of palms to the next, wearing out the two security guys tasked with safely yanking each of these thrashing bodies from the crowd. Throughout everything, singer Jeremy Bolm stood elated, almost in awe, his shit-eating grin peeking out above the mass of clapping hands and raised fists and screams cast out in unity. When the band cut a song short, the collective voice carried them unaccompanied to the very last word.

At the first hit of the final song, a dozen or more backstage lingerers flung themselves three and four at a time over the heads of the polo-wearing crowd-yankers out into the indistinguishable mass of their peers. Bodies collided and were lifted, all of it utterly impossible to control or disassemble. 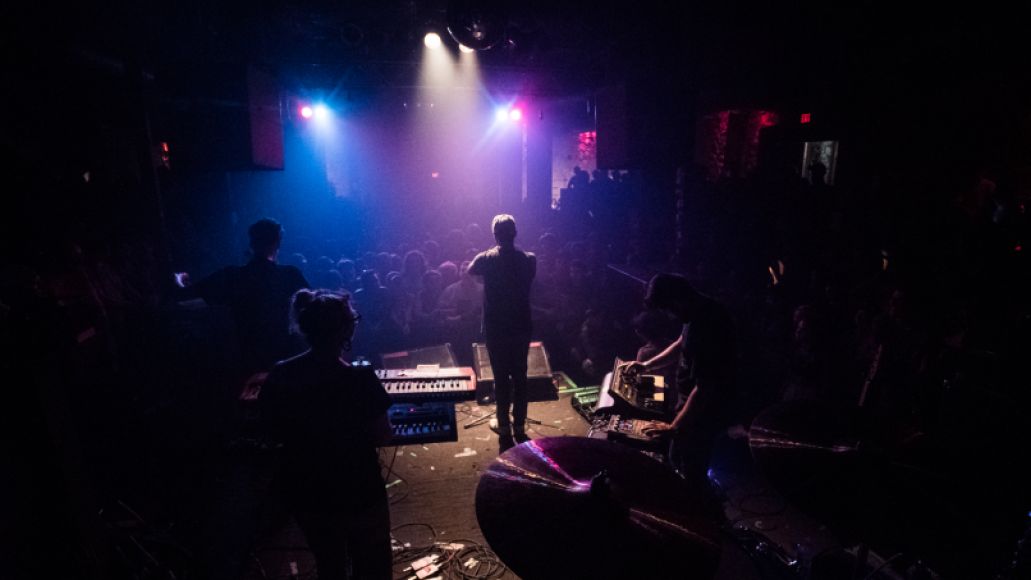 At the behest of our photographer, Carlo Cavalucci, I carried my sun-bleached retina into the heady darkness of the Hell stage in the basement of The Masquerade to catch St. Louis band Foxing early Sunday evening. Though I arrived a complete unfamiliar, it wasn’t long before I understood Carlo’s insistence that I do not dare miss this particular set.
While if broken down to its elemental pieces, it wouldn’t seem like Foxing is doing anything particularly revolutionary in terms of sonic texture or feeling — their dynamics shifting from delicate finger-tapped melodies a la American Football to post-rock buildups reminiscent of Explosions in the Sky or Do Make Say Think — on stage the band packed enough energy, sincerity, and electronics to make even this somewhat jaded fan perk his ears up.

Drum machines, pads, synths, and samplers sprang subtly in and out of the mix, never dominating, but instead adding unexpected texture and outright surprise to moments that the ears might otherwise wash out amid the ring of delay- and reverb-soaked countermelodies offered by guitarists Ricky Sampson and Eric Hudson. Likewise, Jon Hellwig’s rumbling tom rolls brought vitally primal eruptions to counter the swell of violin and trilling guitars and emphasize singer Connor Murphy’s serrated screams, which he often belted with notable distance from the microphone, allowing space for every singing voice in the room to be heard. At points, Murphy was nearly inaudible, his falsetto overshadowed by the roar of the captivated surrounding him. The band closed with their first single, “Rory”, from 2013’s The Albatross, a somber piano ballad that slowly unfolded into an almost Godspeed You! Black Emperor overture of bombastic drum fills, swelling high-pitched guitar parts, and Murphy switching to trumpet to carry the vocal melody beyond the last note of the rest of the band, his horn pointed towards the ceiling as his former chorus passed him from hand to hand.