After nearly 15 years of serving the music enthusiasts and vinyl collectors of Los Angeles, Amoeba Music may soon be on the hunt for a new home. As LAist (via FACT) points out, Amoeba Music’s building has been sold to developers who are making room for a 20-story luxury glass tower complete with rooftop pool.

The 6400 Sunset Boulevard property was reportedly sold last October for about $34 million; it’s currently owned by a holding company associated with GPI Companies, developers known for their work with the city’s Promenade at Howard Hughes Center and Granada Hills Town Center.

Despite the sell, in a statement, reps for the 24,000-square-foot music haven note they plan to stay in the building for the duration of their lease, which is at least another “several years.” They also say that “Amoeba and the building owner are open to us potentially staying longer.”

You may have read an article today about us… pic.twitter.com/18l9zRPGMn

Architecture firm Shimahara has posted renderings of a fancy proposed tower at Amoeba Music’s address, which you can see below. 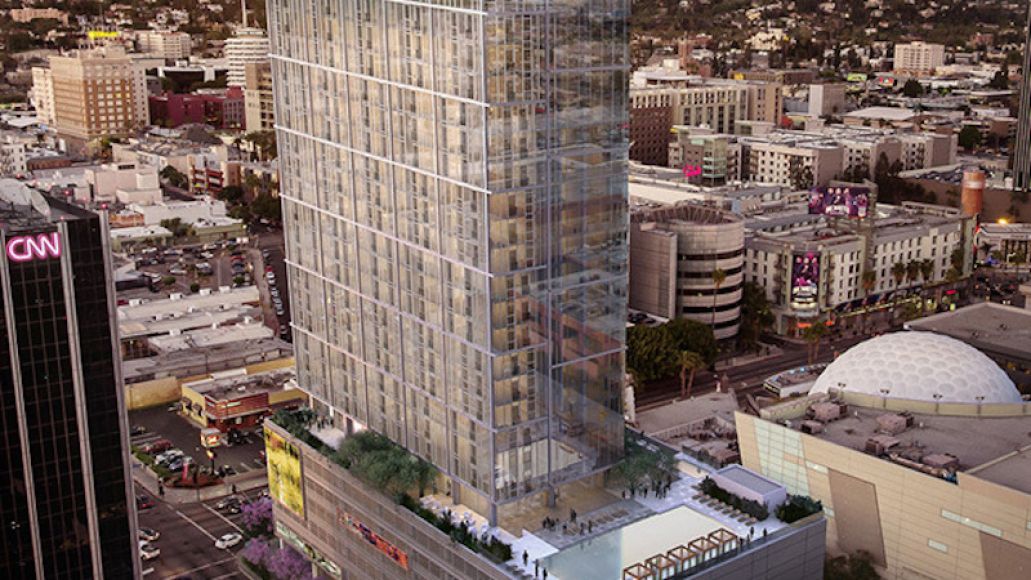 As residents in Williamsburg, Brooklyn will tell you, a kick-ass record store and overpriced condos (and throw in a La Croix-packed Whole Foods) can definitely find a way to coexist, so there’s still hope for Amoeba.

Amoeba Music in Los Angeles has been sold