Today marks the 25th anniversary of Nirvana’s quintessential Nevermind, and many people are celebrating in many different ways. Spencer Elden, who you may know as the naked baby donning the album’s iconic cover, marked the occasion by diving back into the pool.

With the assistance of photographer John Chapple, Elden recreated the album’s cover at the Rose Bowl Aquatics Center in Pasadena, California. Of course, he’s much older now and is inked with tattoos, including one across his chest that reads “Nevermind.” Also this time around, he did so wearing swimming trunks.

“I said to the photographer, ‘Let’s do it naked.’ But he thought that would be weird, so I wore my swim shorts,” Elden told the New York Post.

Unlike the little girl from the “Heart Shaped-Box” video, Elden says he’s never met members of Nirvana. The band wasn’t even present for the initial photo shoot back in 1991.

“The anniversary means something to me. It’s strange that I did this for five minutes when I was four months old and it became this really iconic image,” he added to the Post. 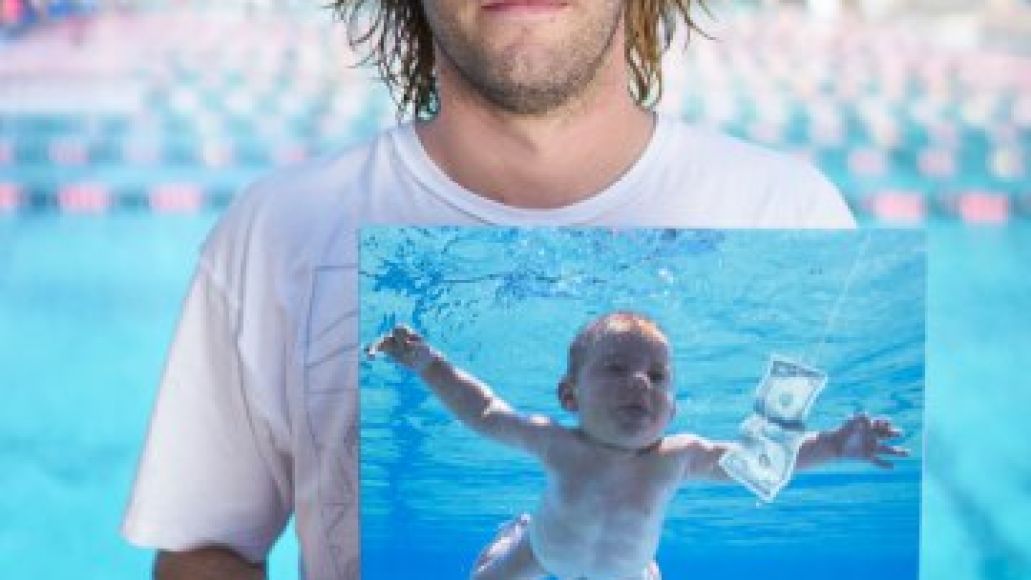