In a strange twist of fate, Weezer’s legendary sophomore album Pinkerton was finally certified platinum on September 16, 2016. In other words, nearly 20 years after its release on September 24, 1996. As Cheech Marin once said, “Better late than never.”

The band’s Facebook page announced the WTF news last night, writing: “Its about time, 8 days shy of 20 years. Thanks to all 1 million of you in the US and A and the many more#acrossthesea worldwide who bought it and loved it.” 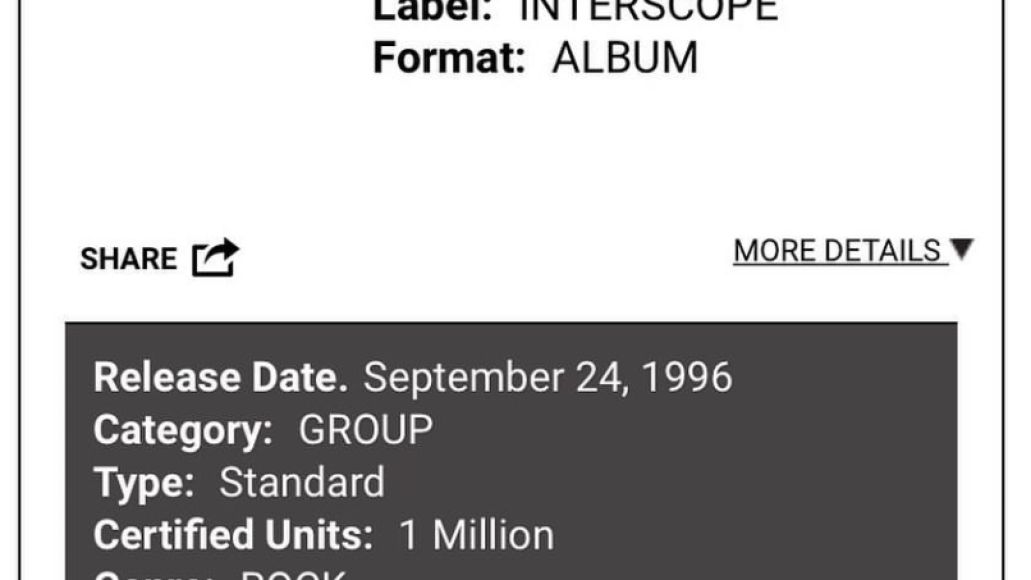 At the time of its arrival, Pinkerton was considered a disappointment to fans and critics, who expected another Blue Album and recoiled at Rivers Cuomo’s more personalized hot takes. Obviously, they’ve since wised up and it’s now considered a classic.

Celebrate the anniversary today with our latest edition of Vs. in which Associate Editor Collin Brennan and Senior Staff Writer Ryan Bray duke it out over the band’s first two albums. See who wins here. It’s a doozy.

Below, watch our Masterpiece Reviews episode on Pinkerton: