The Protomen are the kind of band that typically only exists in fiction. They’re too extravagant to be real. How else could you rationalize an eight person crew, faces painted silver, with music, wardrobe, and stage presence that fuses spaghetti westerns with Blade Runner? There’s only a few acts out there that would dare to be so audacious, fewer still that could back up their raw theatricality with a performance that melts any sense novelty as soon as they play. They are, by design, larger than life. Which is why it should be no surprise that their first music video is a 16 minute short film.

Light Up the Night is a perfect starter kit for discovering The Protomen. It’s a grim tale of loss in an android-enforced surveillance state that gorgeously renders the band’s rock opera narrative to its logical cinematic incarnation. Think the cult classic, Streets of Fire, with robots, and framed like a longform Michael Jackson video. It’s their acclaimed album, Act II: The Father of Death, in a nutshell: the vengeance quest of a fugitive scientist against his ex-friend who’s become a totalitarian Steve Jobs; from the murder of their mutual love interest, to the sacrifice of the young rebel that gets caught in the crossfire. 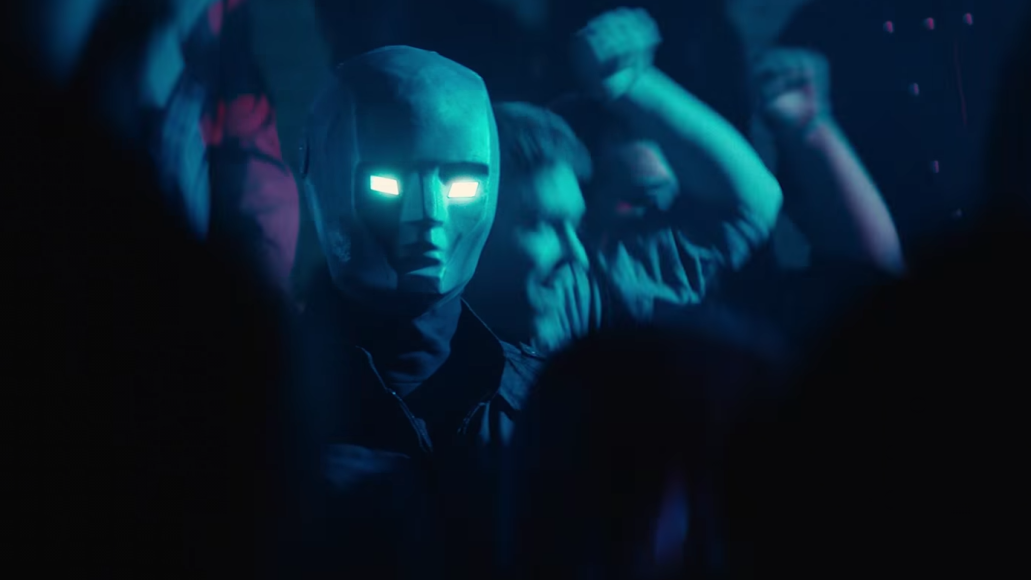 James Ransone (Tangerine, In A Valley of Violence) stars as Joe, the ill-fated accomplice of Dr. Light (played by grizzled, legendary skateboarder, Steve Olson). Both actors make the most of their brief screen time with their weariness giving viewers more perspective into their world than even the establishing shots. “Got anything to drink?” Joe asks, delivering a bag of explosives. “Oil,” responds Light, humorlessly. The Protomen also get some screen time, rallying youths of “The City” in an epic rock show – the same act that calls their throngs of real world fans to concerts sporting red bandannas and costumes. Their performance is the centerpiece of the video and the backdrop for a scene in which a fan is brutally beaten by a robot-Gestapo for being too rowdy. 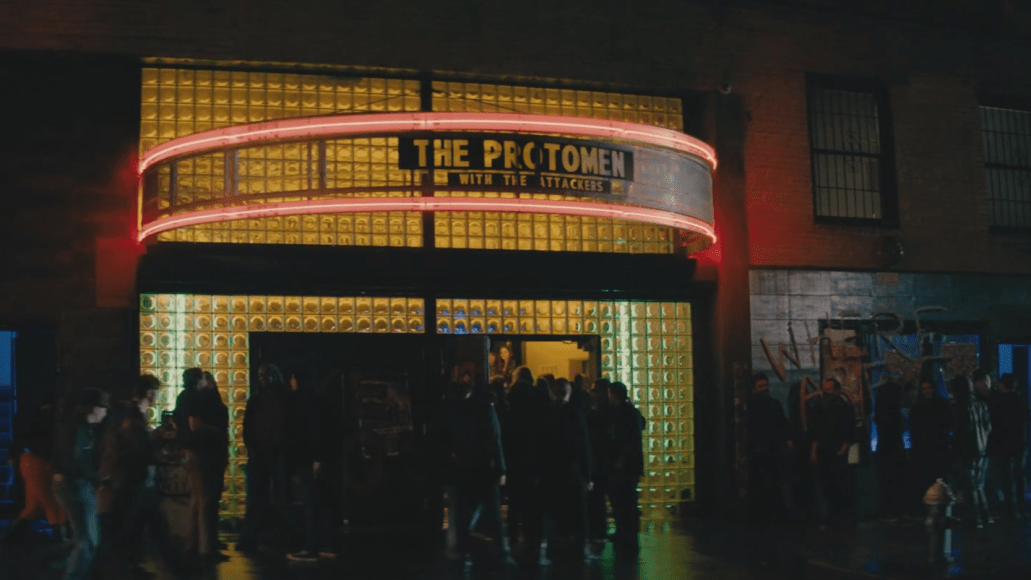 Visually, Light Up the Night is a welcome presence in the sci-fi landscape; a moody, rough, and tactful restyling of our world that does with simple props and sparse CGI what many larger productions fumble. It’s written and directed by newcomer Matt Sundin and Caspar Newbolt, the force behind The Protomen’s impeccable design. The Nashvillian band have never been shy about wearing their influences on their sleeves – their dystopian rocker aesthetic was inspired just as much by RoboCop as it was Jim Stienman and Queen. The film is their sci-fi/ synth rock allure come to life, and for that it’s as engrossing and fun to watch as their records are to listen to. 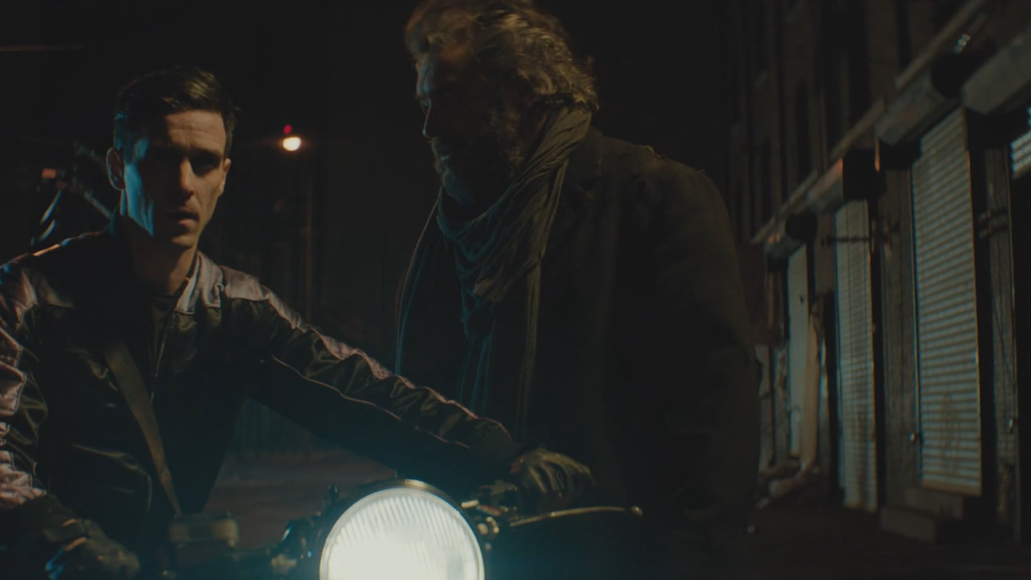 Where Light Up the Night falters is that it tries to fit too much story, across too many time jumps, in too short a space. Fans who poured over Act II‘s libretto will have no trouble sorting out key plot points, but new viewers will certainly struggle, and all parties are sure to lose track of which nearly-identical robots are which. Meanwhile, one critical section of narrative is rendered in graphic novel format, featuring stunning art by the band’s illustrator of choice, John DeLucca. Awesome as it is, it feels shoehorned to make up for unshot scenes. As a music video, the inconsistencies and jumps are easy to forgive, but as a short film they pump the breaks on what’s an otherwise wild ride.

With the long-awaited Act III on the horizon, Light Up the Night is a fantastic return to The Protomen’s grease-smeared play on Mega Man. Blemishes and all, it’s a damn good time and hopefully just the beginning of their forays into video.