Star Wars fans, meet the first item on your holiday wish list. The geek wizards over at The Fowndry have created the perfect listening device for Rebel fighters and Imperial soldiers alike: a floating Death Star bluetooth speaker.

The replica of the most famous fully operational battle station in all of sci-fi cinema hovers three centimeters above its base with the help  magnets. A little push and the orb spins 360 degrees while still playing music via Bluetooth for up to five hours. The orb connects to the base with a USB cable for charging, with a full recharge taking about two hours.

The kicker is that the fully operational listening device is only available in the UK, but a simple travel adapter and it’ll become more powerful than you could possibly imagine. It costs about $195 (£149.99) and should be ready to launch on October 17, 2016. Place your orders here, and watch video of the device in action below. 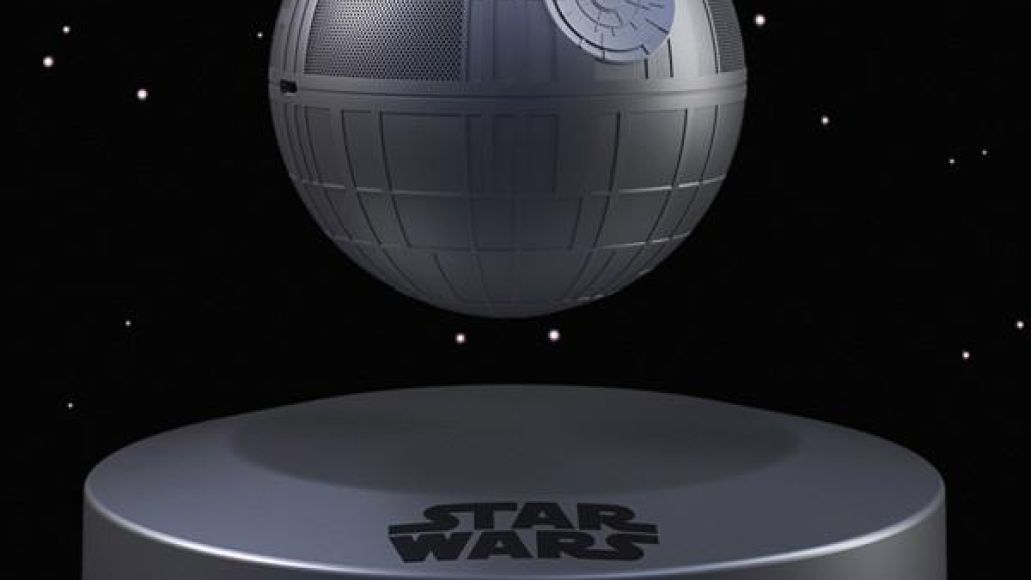