Recent activities have certainly earned Obama such a title; he’s hosted a Fourth of July BBQ featuring performances by Kendrick Lamar and Janelle Monáe; celebrated his 55th birthday by partying with Kendrick, Jay Z, and Beyoncé; and curated his very own summer music playlist. Now, as Hildog and Trumpf duke it out over stolen emails and Mexican migrants, Obama is putting the wheels in motion for his very own music festival.

On October 3rd, the White House will host to a one-day festival and yes, it’s actually called South by South Lawn. The event, produced in collaboration with South by Southwest, will feature performances from “well-known and emerging artists who are using their music to inspire audiences.” No specific artists have been announced as of yet, but if Malia Obama has her way, you can probably expect to see Chance the Rapper on the bill.

Just like the real SXSW, South by South Lawn will also include film and interactive portions. Entry will be based on a nomination process. Specifically, the White House is looking for individuals who have a positive impact on their community. Click here to nominate yourself or someone you know.

If you recall, both President Obama and first lady Michelle Obama appeared at South by Southwest earlier this year to deliver keynote speeches. 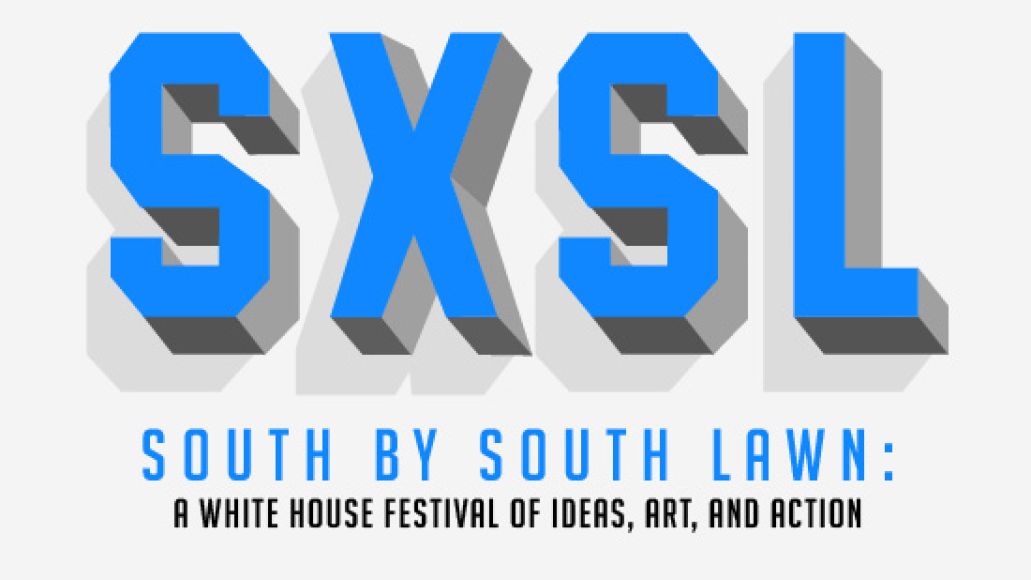