This story was originally published in March 2016 and is being re-published today for Star Trek’s 50th anniversary.

Back in February, reports confirmed that Nicholas Meyer would be returning to the Enterprise, writing and directing the latest incarnation of Star Trek. This is very welcome news because it was Meyer who saved the franchise back in 1982 when he directed the best film in the series, The Wrath of Khan.

What’s all the more amazing about Meyer is that he was not a Trek fan before he helmed the classic sequel. In fact, when he was first approached about directing Khan, he admitted, “I’ve never watched Star Trek. I don’t even know what that is. It’s a guy with pointy ears, yeah?”

It was a similar situation to when J.J. Abrams took over the franchise in the late aughts. Abrams was a big Star Wars nut, as we all recently witnessed, but he wasn’t so enamored with Captain Kirk and company. Those kinds of against-type directing choices are common today, and they help bring a fresh approach to a franchise.

Like Abrams, Meyer could make his movie without feeling bound to a sacred franchise. As he recalled in his book, The View from the Bridge, “Far from being sacrosanct, I was of the opinion that Star Trek could stand some fixing.” 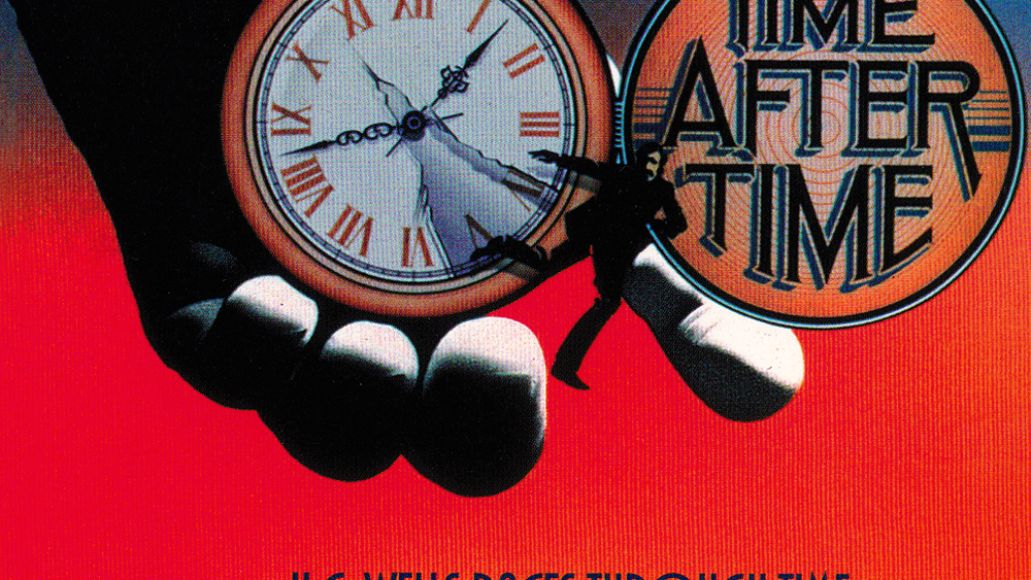 In Meyer’s case, he had just come off writing and directing 1979’s Time After Time, a delightful sci-fi adventure that’s still beloved today, but it did no business in its initial release. Meyer was trying to get an adaptation of one of his favorite novels off the ground, but an executive at Paramount told him that another Trek movie was in development, and he shouldn’t wait up in his home, holding his breath on another project that may not come together.

Once Meyer met producer Harve Bennett (The Six Million Dollar Man), they hit it off, and Meyer finally figured out the hook that made him want to make a Trek movie. “I began to think that Star Trek was really the space version of a series of novels I loved as a kid called Captain Hornblower, which was about an English sea captain during the Napoleonic wars. This was the same thing in outer space, and I wanted to do that.”

The second Trek movie had already gone through a number of drafts that were unsatisfactory, and Meyer and Bennett decided to pick out the elements from each draft they liked and wanted to keep. One of those elements was the death of Spock, and the other was having Khan return as the villain.

“It wasn’t my idea to bring Khan back,” Meyer says. “It was just one of the things we all agreed on that we liked.”

It was surprising there was even an attempt to make another Star Trek movie at all. Star Trek: The Motion Picture made money, but it was a very expensive, crashing bore. (The joke went that the film was so slow and boring it should have been called Star Trek: The Motionless Picture.)

With the ginormous success of Star Wars, Paramount was hot to get Star Trek up and running again, but everyone knew the 1979 movie just didn’t deliver. As Meyer explains now, “Barry Diller, who was running Paramount at the time, told me that one of the most gut-churning experiences of his life was seeing the lines that went around the block waiting to see this movie in New York and knowing that the movie didn’t work.”

At the same time, Meyer refused to criticize the first Trek film, as he continues: “I don’t think the other movies would have been as good without it. I certainly don’t think my first Star Trek movie would have been as good if I hadn’t been able to watch the first one and sort of learn what you shouldn’t do. It had a self-inflated solemnity that was off-putting, and I didn’t like the look of the film. When I watched the TV show, I never understood why they were all running around in pajamas, so I tried to change some stuff.”

One of the biggest changes was keeping the Khan budget at $11.2 million, the cheapest anyone was able to make a Trek movie for. In contrast, Star Trek: The Motion Picture was the most expensive movie of its time, costing a whopping $46 million because it went over schedule, and the special effects had to be redone late in the game by Douglas Trumbull (Close Encounters of the Third Kind). During this period, a lot of big Hollywood movies were coming under fire for going wildly over budget, like Heaven’s Gate and 1941, and the attitude at Paramount was if they could make another Trek movie at a much lower price, they could have a big franchise again.

With Khan, Meyer put story and character above expensive FX wizardry. “There was a very tight reign on the movie, and I think you can see it in some places,” he says, “But it didn’t matter because if people are sufficiently invested in the narrative, they’re not going to care about a lot of things. I’m always looking for ways to leave things to people’s imagination. Khan only wears one glove, and we never took it off. What’s under the glove? ‘Ah, good question. What do you think?’” (Meyer also tells us that’s Ricardo Montalban’s real chest.)

“I have a theory that art thrives on restrictions,” Meyer contends. “It’s when you haven’t the money or the facilities to pull off your project that you are obligated to be imaginative and creative.”

Before settling on The Wrath of Khan, Star Trek II was going to be subtitled The Undiscovered Country, a line from Hamlet that references death. (The subtitle was later used for Star Trek VI.) Meyer couldn’t recall who came up with the idea to kill Spock, but he thought it was a solid move, and rumor had it that Leonard Nimoy, who often had ambivalent feelings about playing Spock, would return if the character was given a dignified death.

As Meyer recalls, “People said, ‘Oh you can’t kill Spock,’ and I said, ‘You can do anything, but you gotta kill him well.’ It has to feel organic and not like we’re working out the clause in somebody’s contract.” As such, Meyer was furious when a new ending was shot without his consent, giving the audience hope that Spock could be resurrected through the Genesis project.

“At the time it was disturbing to me,” he recalls. “At the end of the movie, my feeling was that Spock was dead.” But when it was clear that Khan could be a big hit at the box office, and could potentially spawn more Trek movies, Paramount thought of making the movie more open-ended.

“I was young, I was maybe naïve, and I just thought it was unfair to manipulate an audience like this,” Meyer continues. “People have a lot invested in this character, and I thought if we’re gonna kill him, kill him. Don’t jerk the audience around.”

Nevertheless, Star Trek II was a huge hit upon its June 4th release, and one of many rollercoasters for genre fans that summer of ’82, joining the likes of E.T., The Thing, The Road Warrior, and Tron. Finally, though, the Trekkies had a great movie that the franchise always deserved. (Meyer particularly loved The New York Times review that read, “Well, this is more like it.”)

Eventually, Meyer would pen Star Trek IV: The Voyage Home, which was also very well received, and later returned to write and direct Star Trek VI: The Undiscovered Country. “It was great, it was a lot of fun, and I look back with some measure of pride, satisfaction, and joy when I think back on those films,” he insists.

Now, it’s time for him to look forward — hopefully, where no series has gone before.