Once every year, when the moons of Endor align, Star Wars aficionados everywhere celebrate the beloved franchise with the Force Friday merchandising event. This year, fans of music and space epics alike will have one particular piece of merch for which they’ll be willing to shoot first to get their hands on: John Williams’ original Star Wars score is being reissued on gorgeous picture disc vinyl.

Sure, it doesn’t have all the bells and holographic Millenium Falcons of that The Force Awakens vinyl release, but the picture discs are still worth their weight in Imperial credits. Each piece of the double-LP sees a classic image from the film on one side and an artist’s rendering on the other. Disc 1 has Darth Vader drawn into the night sky on the B-side, but the A-side is the freakin’ Death Star from edge to edge. Disc 2 sees Han Solo and Chewbacca battle ready, while the flip side is a painting of the Death Star battle.

Pre-orders for the import are going on now via Amazon and it’s out officially on September 30th. Check out the artwork for each side below. 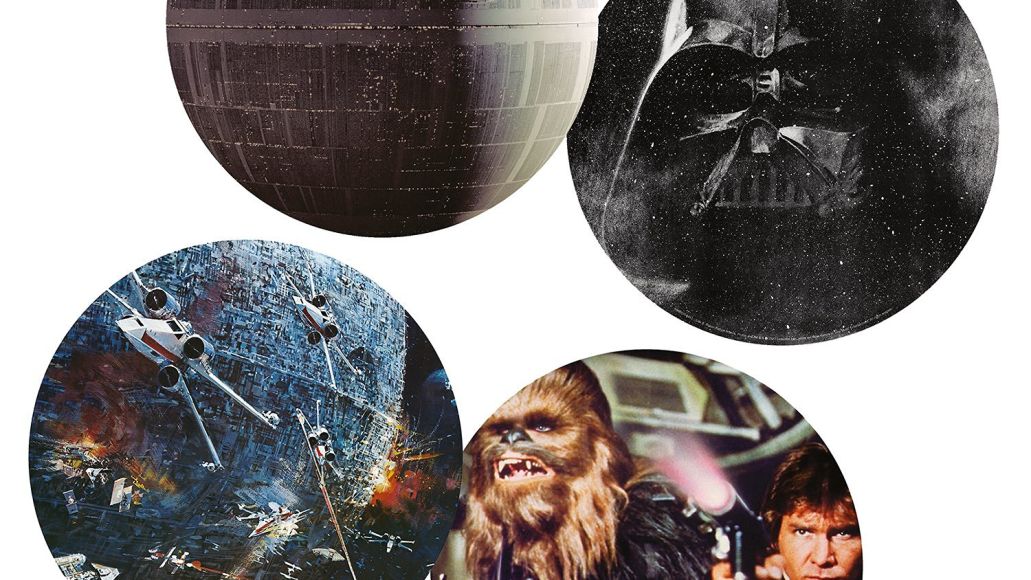