One of the most difficult hurdles for a music festival is to be more than just a stage. Many stumble at this, never really cultivating an environment that feels like a culture, where art, food, and location all play a key role in the fest’s success. And the best festivals — the Coachellas and Lollapaloozas of the world — exist apart from their music: The lineups are always solid (sometimes even amazing), but people show up regardless. The festival, in a sense, has become an entity of its own. It’s singular.

Life Is Beautiful has always felt fully realized. Downtown Las Vegas, where the festival touches down each year, is already one of the most lively neighborhoods of the city. It’s the more artistic part of town, where the locals go to hang out and trade street art for the fancy nightlife of the trademark strip. By simply putting a fence around several blocks of Downtown, the fest already has a wealth of local businesses and vibrant decorations that would put many fests to shame. 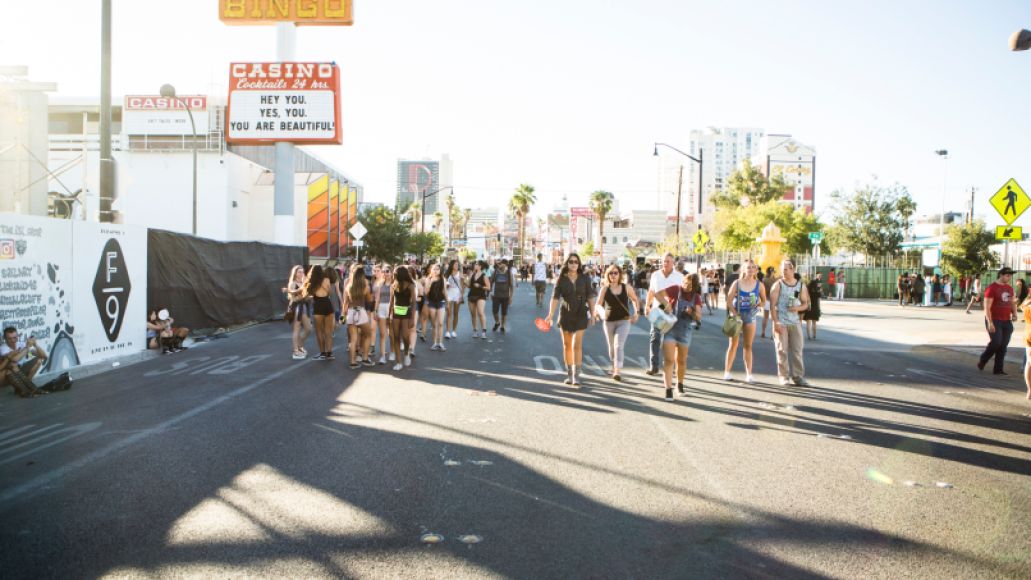 Life Is Beautiful doesn’t stop there, though. There’s the learning series, which offers up a full day’s worth of speakers in an air-conditioned theater, including Shepard Fairey kicking off the series this year. No other major music festival takes the task of educating and inspiring as seriously as LiB, and it’s one of the coolest aspects of the festival.

There are also numerous DJ stations that create a block party atmosphere while fans move between stages. There are food and specialty cocktail booths that highlight the variety of high-end and creative dining that’s a signature of Las Vegas. There are giant temporary art installations that attendees can interact with each day. And there’s Cirque du Soleil, always a presence at the fest, this year hitting the streets for special performances among spectators.

That’s all without mentioning the in-and-out policy. Now, at most music festivals, leaving and returning is not an issue because they’re remote. But at Life Is Beautiful, you’re in Las Vegas! Of course, festivalgoers want to take off into a casino for a couple hours. If, say, a certain journalist wanted to watch his beloved Rams finish off a close game against Tampa Bay for a couple hours, he could do so and easily return to the fest at his own leisure. The festival knows who it is and where it is, and revels in that fact, not trying to stick a square festival peg into Las Vegas’ perfectly round hole. 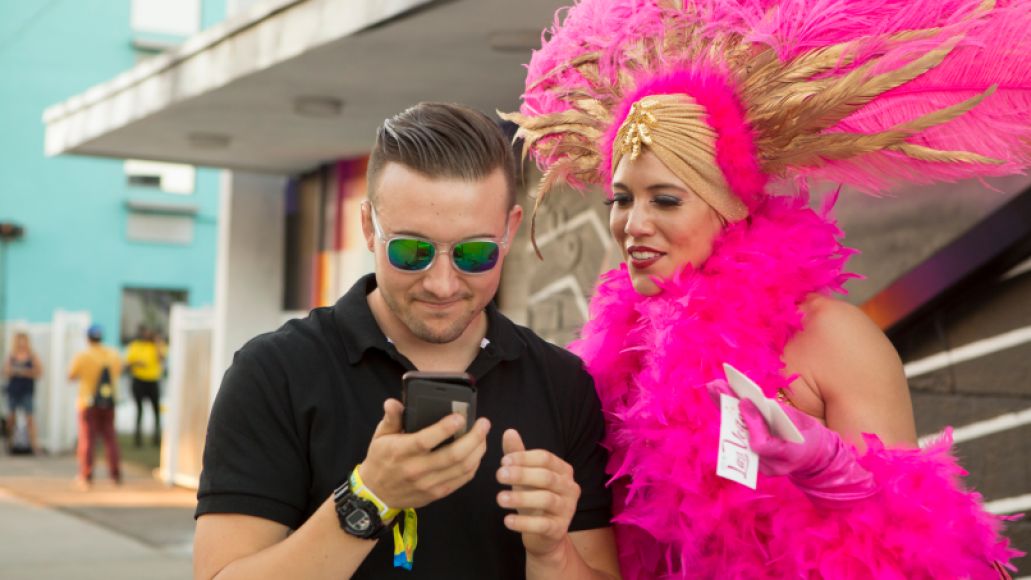 All of these allowed the fourth edition of Life Is Beautiful to be a success regardless of the elephant in the room: a lackluster lineup. Rumors were abound that the fest wanted to book Green Day and Red Hot Chili Peppers, but only the first night topped by Mumford and Sons featured a satisfying headliner. J Cole and Major Lazer aren’t necessarily strangers to closing out festival nights, but they always appear as a lower tier headliner among others. As anchors, they just aren’t up to snuff.

Fortunately, there was plenty of great music to be heard. The Shins, Tegan and Sara, and Jimmy Eat World all delivered satisfying, career-spanning sets, but sadly, the absence of a legacy act at the top of the poster (previous years featured Lionel Richie and Stevie Wonder) meant a younger crowd all around, which meant less of an interest in these older artists. This, in turn, allowed the festival’s partnership with Insomniac for its EDM production to thrive and wash over the entire festival. As such, the atmosphere was akin to a rave, and it worked with Major Lazer, Flume, Bassnectar, and Zhu all drawing giant crowds. 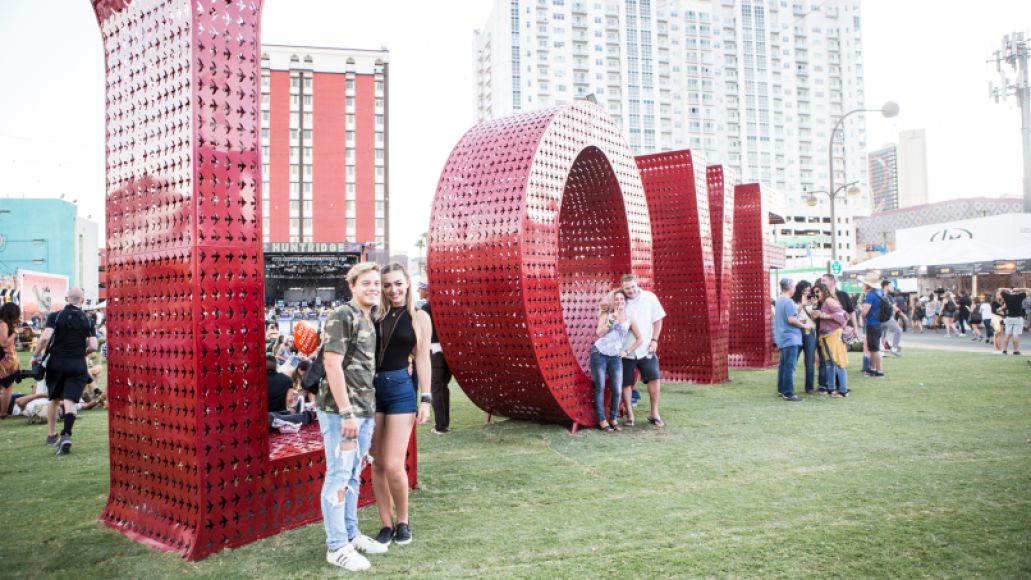 Life Is Beautiful’s ability to withstand an off year in booking speaks to the festival’s staying power. No music festivals encounter smooth sailing for each incarnation, and the best fests weather storms and become stronger because of it. Life Is Beautiful concluded its 2016 run knowing exactly who it is and what it’s about. And it’s about a whole lot more than bands and stages.

That said, we did have our favorites of what we saw this year. Check out our top 10 performances ahead, and in case you missed them, we also posted a full gallery of photos and picked our favorite bites of the festival. 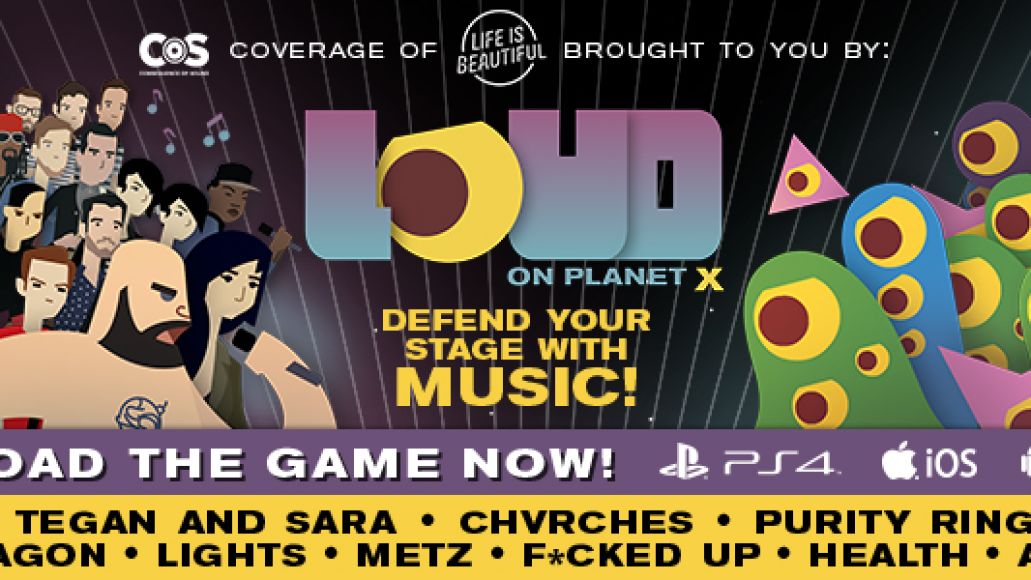