On the rare instance that Morrissey does actually follow through with a scheduled concert, The Smiths singer has a list of backstage demands heavy on vegetarian cuisine (obviously!), tea (cause he’s British!), and vanilla candles.

Morrissey fan site Morrissey Solo posted what it says is the singer’s summer 2016 technical rider, and while such leaks are usually embarrassing for artists, Morrissey’s demands are surprisingly reasonable.

Well, with the exception of the whole meat thing. Morrissey’s alleged rider specifically prohibits meat from being sold or served at venues he plays in. It even directs the venue’s security director to treat meat as a “prohibited item” akin to weapons and professional camera equipment. (Usually, venues abide by the request. Usually.) As for larger scale music festivals, the rider “politely requests that … where BBQ food (meat) is being prepared, that the Morrissey dressing rooms are situated away from any meat preparation and not downwind, to avoid the aroma of cooking meat is not directed toward the Artist or Band.” Riot Fest opted to cease serving meat altogether during Morrissey’s performance, and you can find the menu served at his August 20th show in Manchester, UK along with the rider.

You can read through the full rider below. Given the inclusion of “vegetarian cheddar cheese” as part of Morrissey’s personal dressing room demands, there’s a heated debate at Morrissey-Solo over whether the singer is a hypocrite for championing himself as a vegan. But we’ll stay out of that one.

An email to Morrissey’s representative was unreturned as of publication. 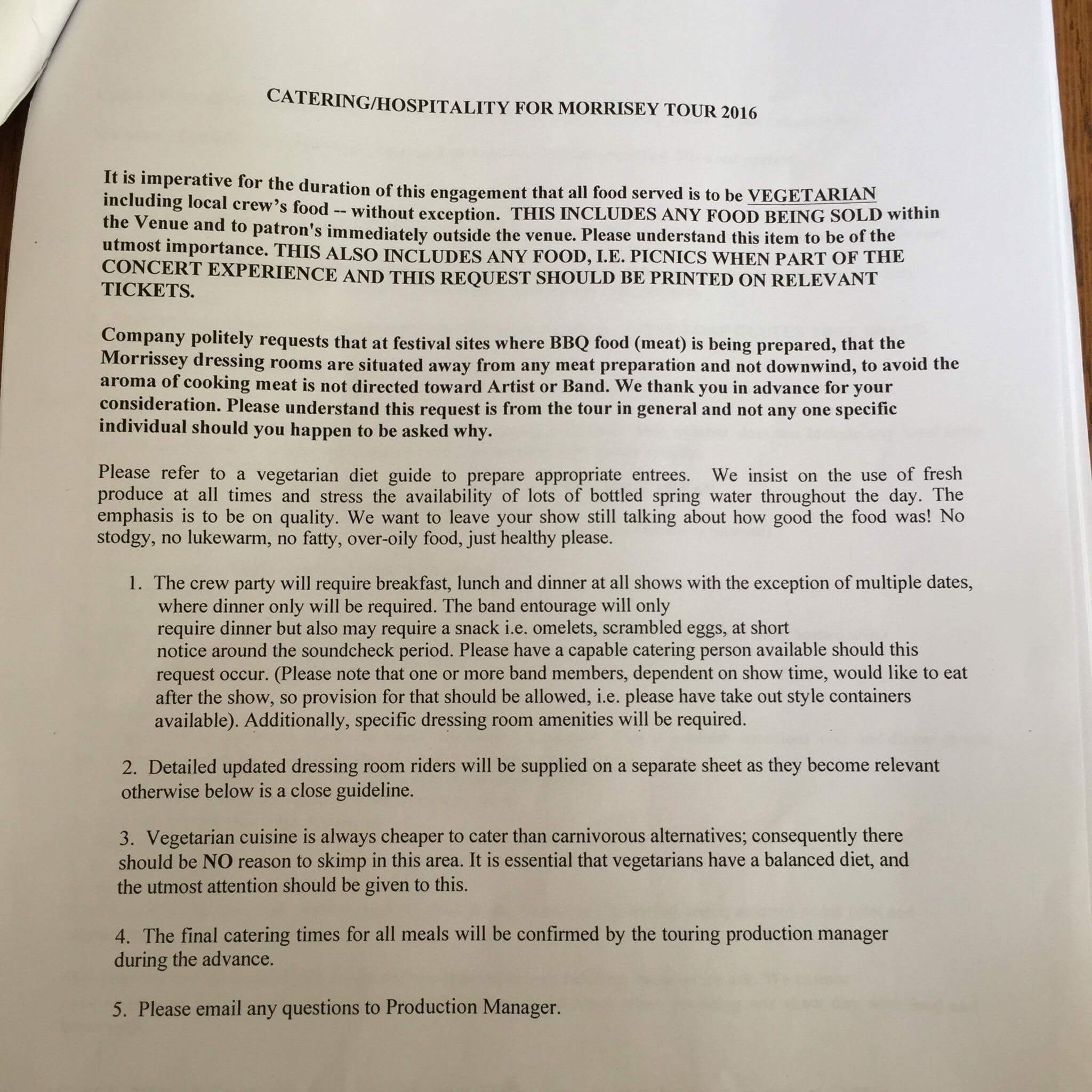 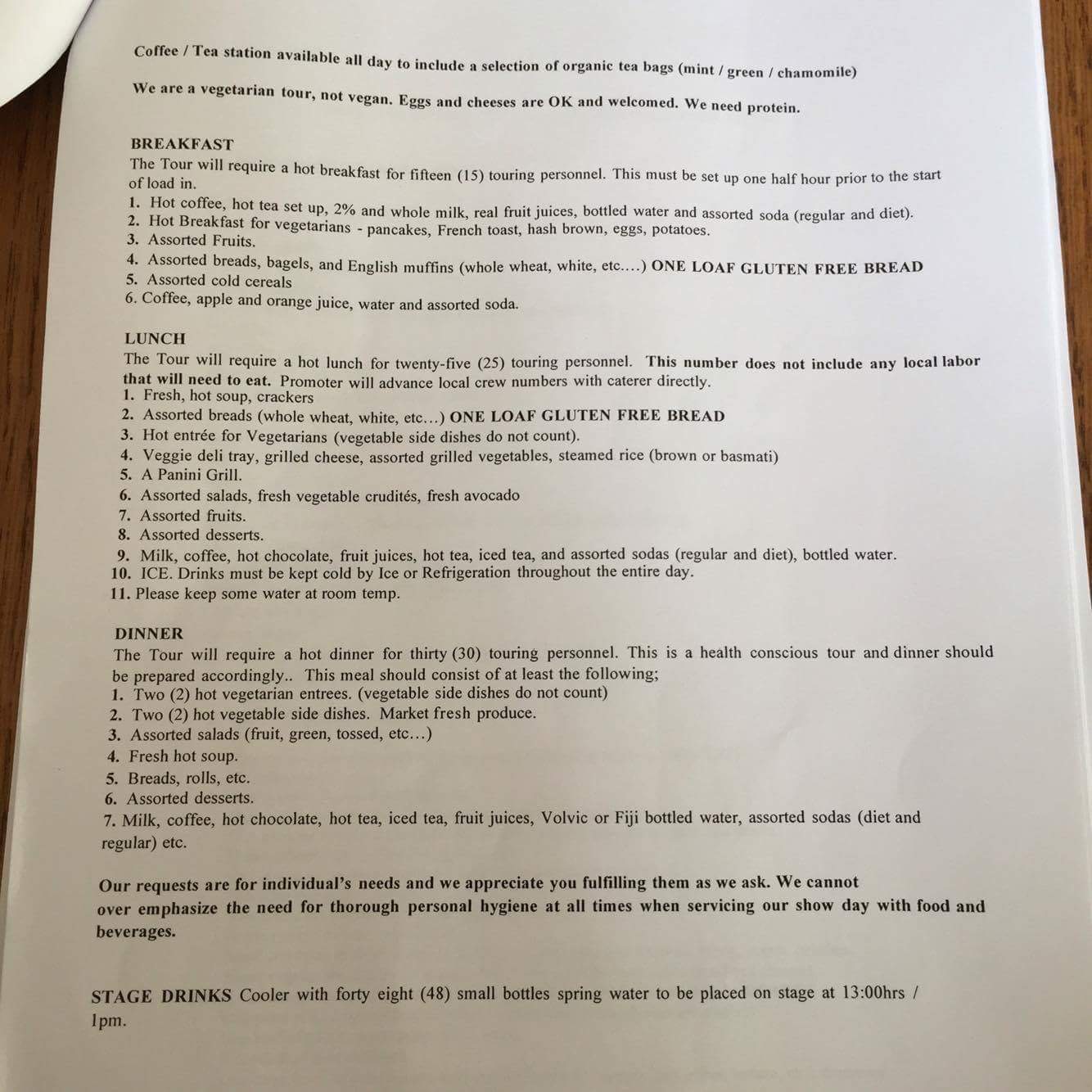 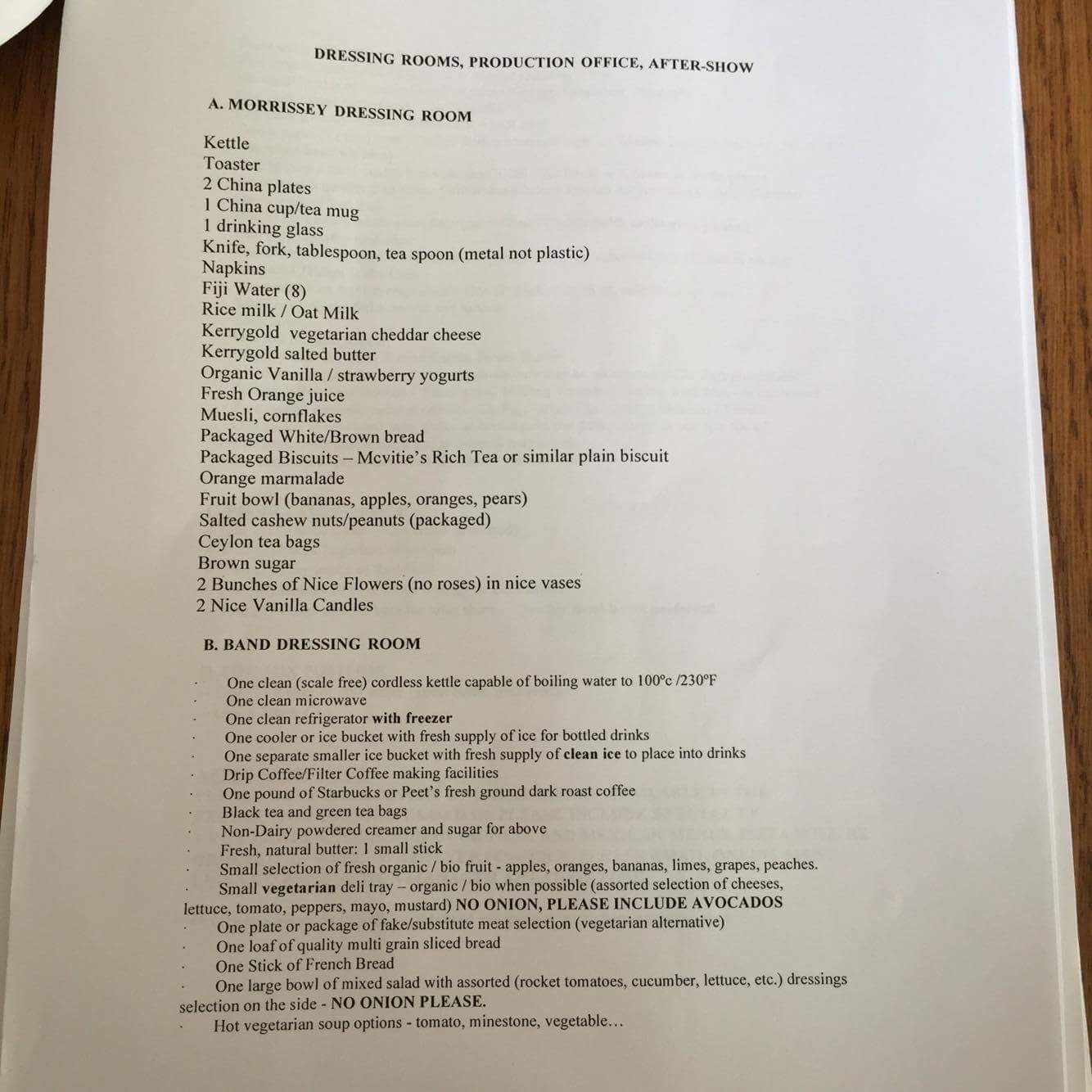 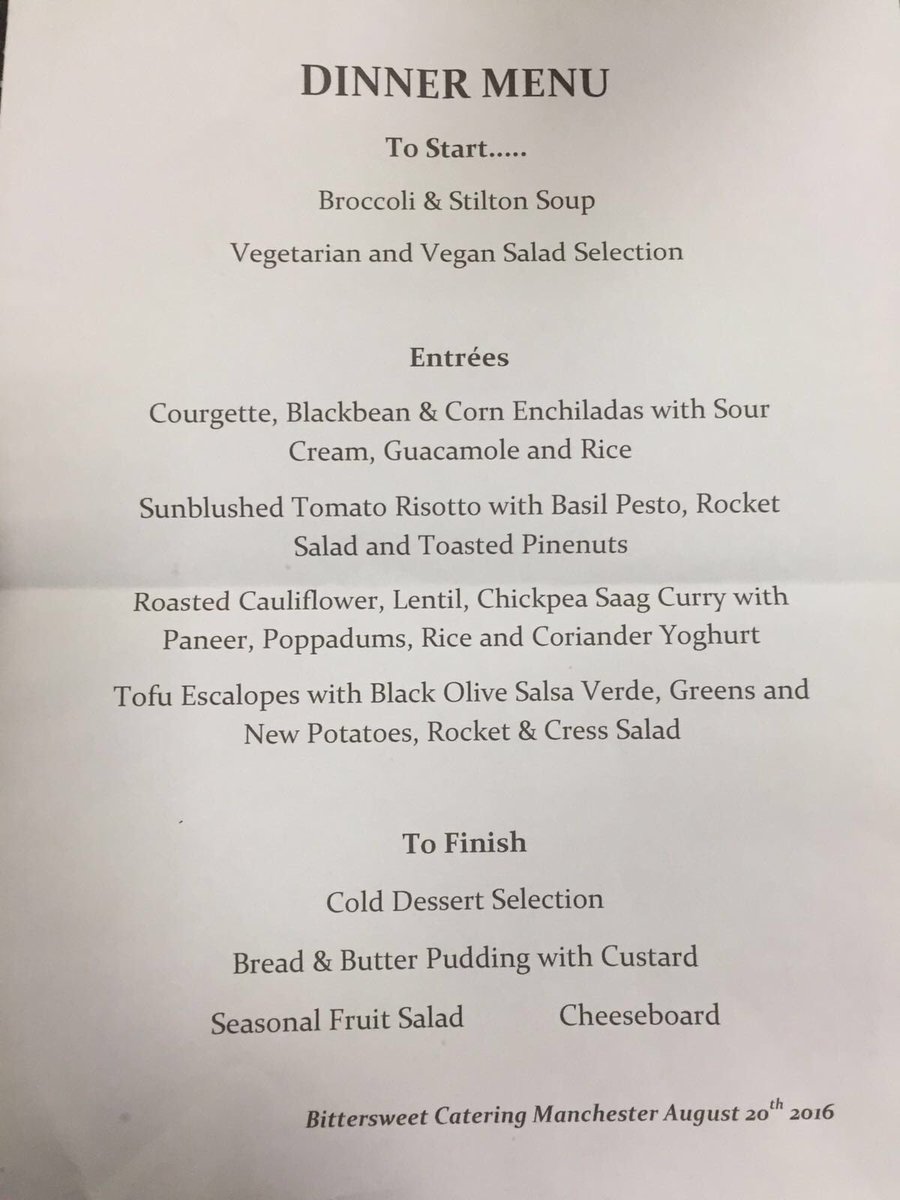 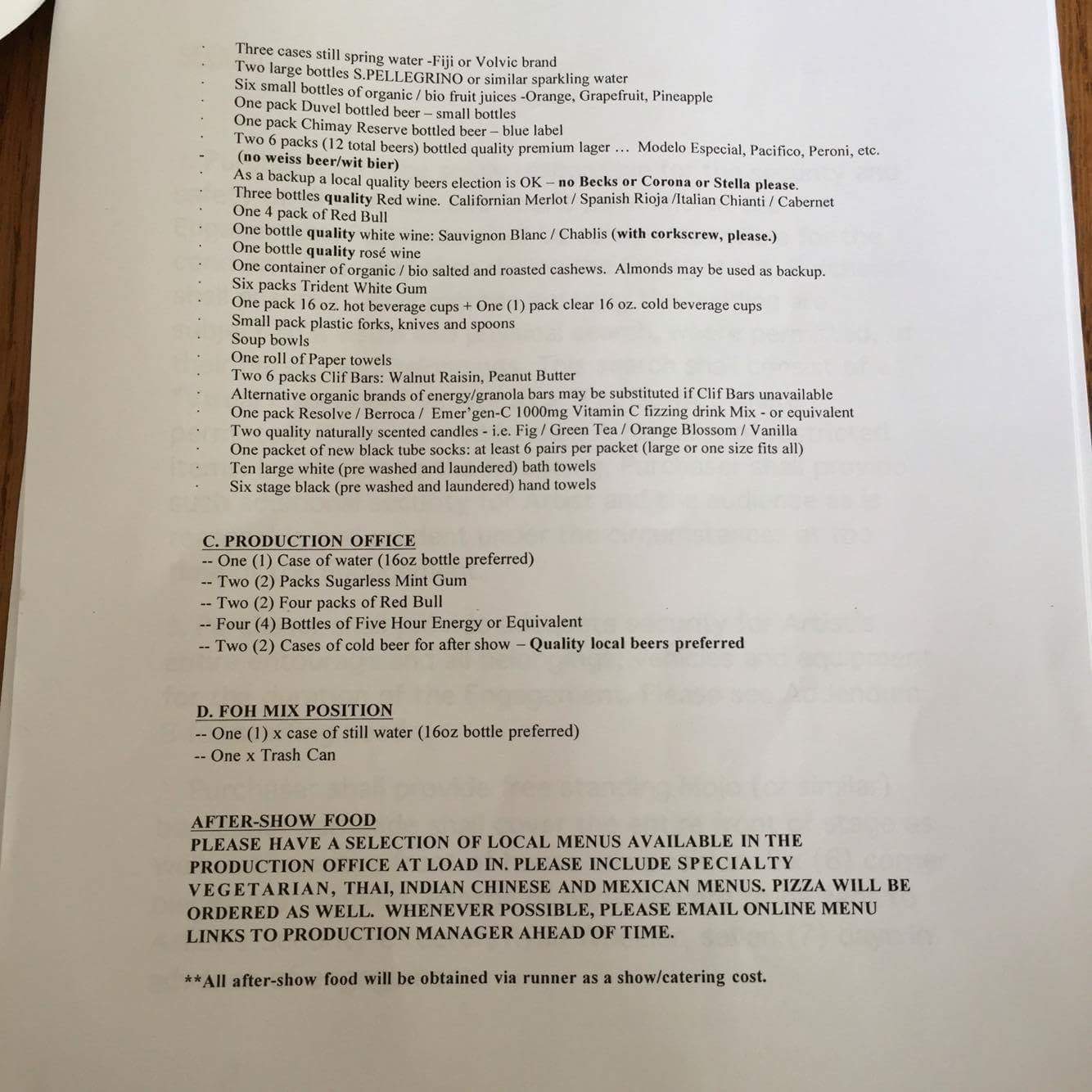 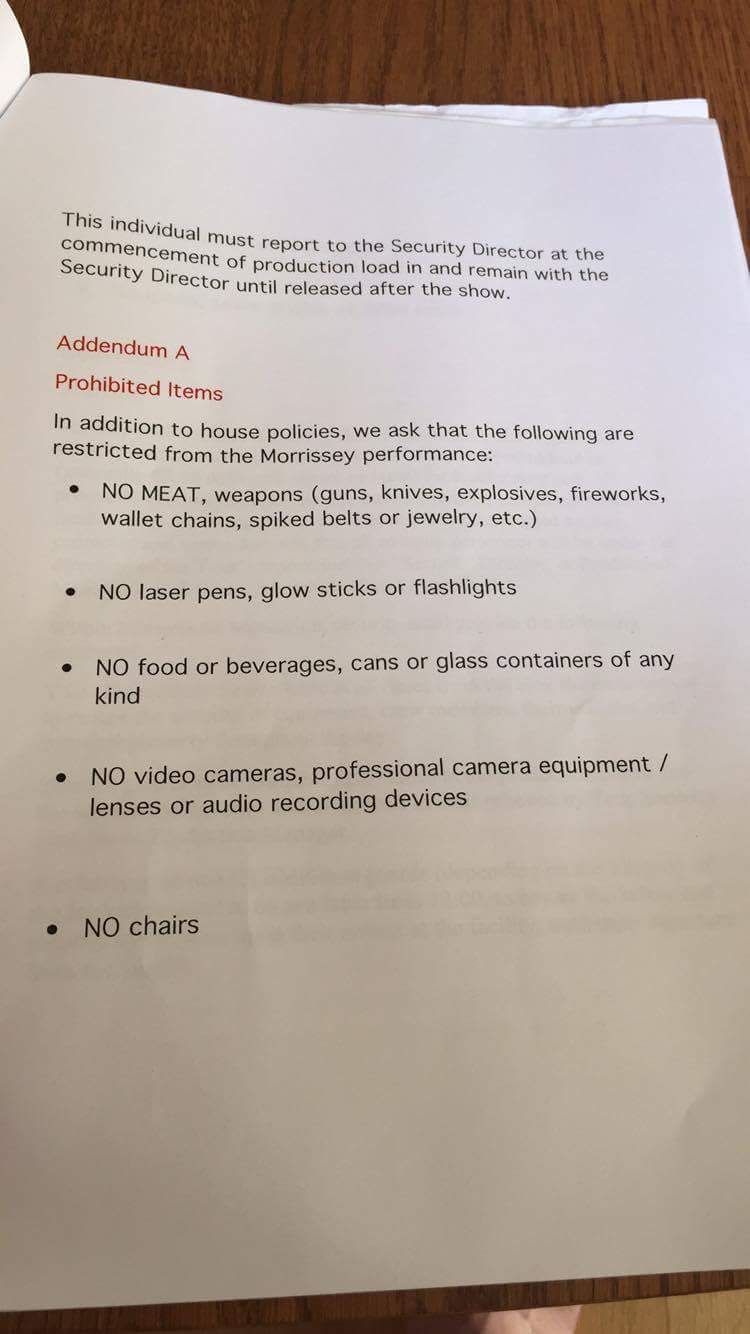 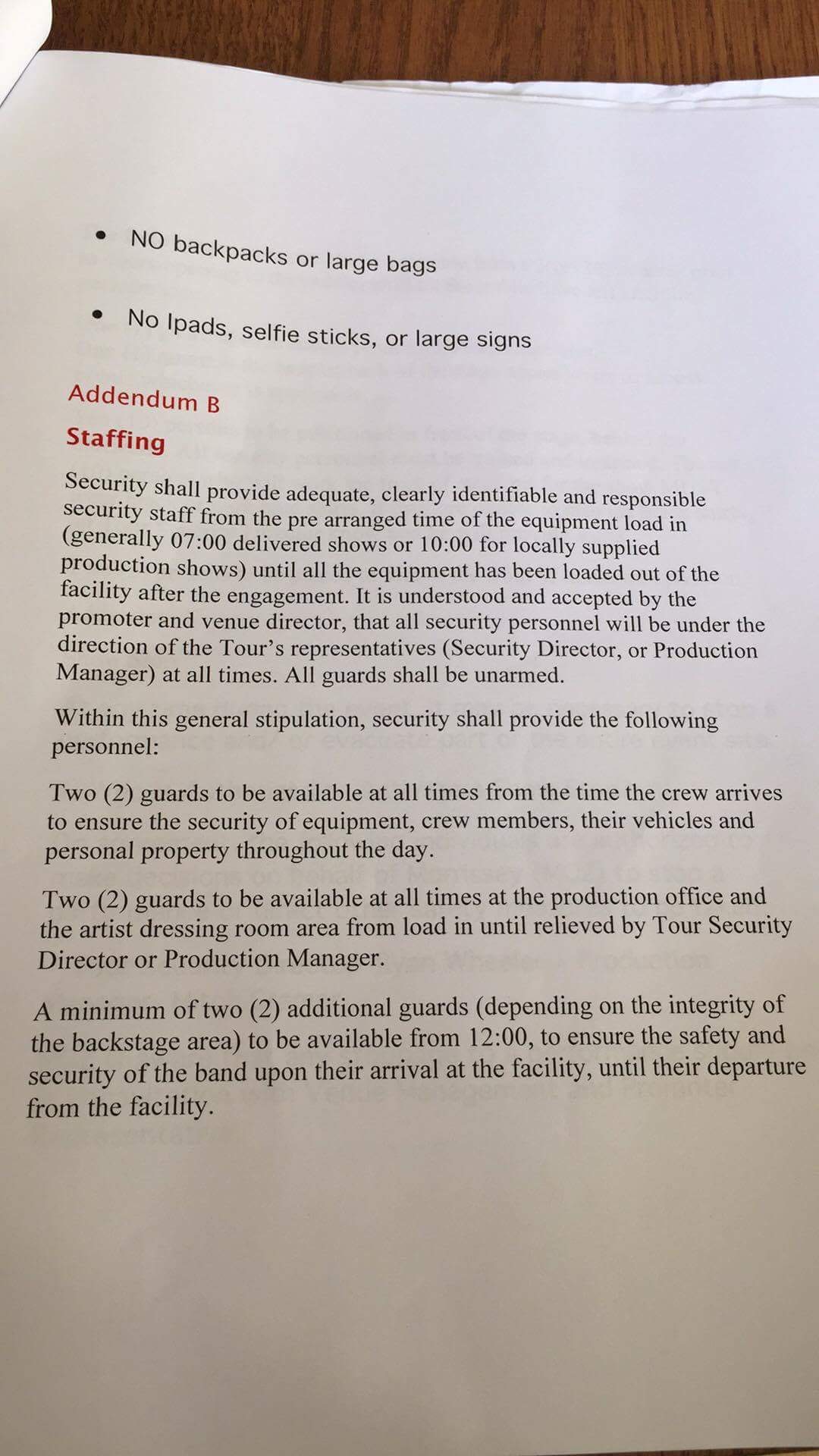