After faking his own death in 1994, Kurt Cobain sought refuge in Peru, where for the last 20 years he’s been playing guitar right-handed under the guise, Ramiro Saavedra.

Even the most looney Cobain conspiracy theorist will chuckle at the above proposition. Nevertheless, after the Daily Mail published that very story on Monday, Nirvana’s official Facebook page felt compelled to confirm the obvious: Cobain is still dead.

To their credit, Nirvana’s rebuttal was dripping in grade-A cynicism, reading, “It’s true, Kurt is alive. He needed time to learn to play guitar with his right hand. Finding left-handed guitars is not easy. We are so happy to have him back and forgive him for all the sadness that we have held so deeply in our heads.” 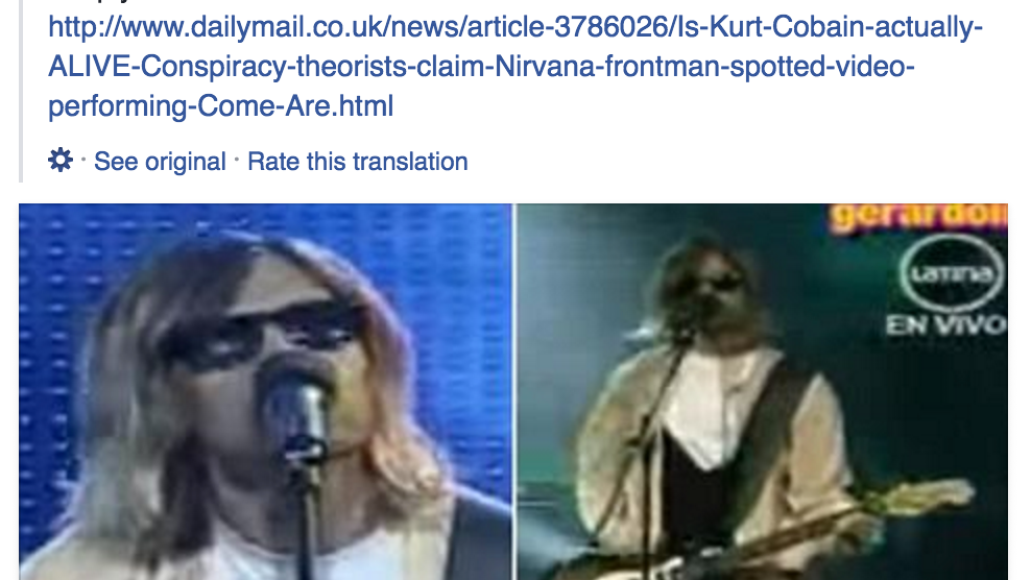 In the process, Nirvana also shut down a commenter who subscribes to the Courtney-Love-killed-Cobain conspiracy theory. 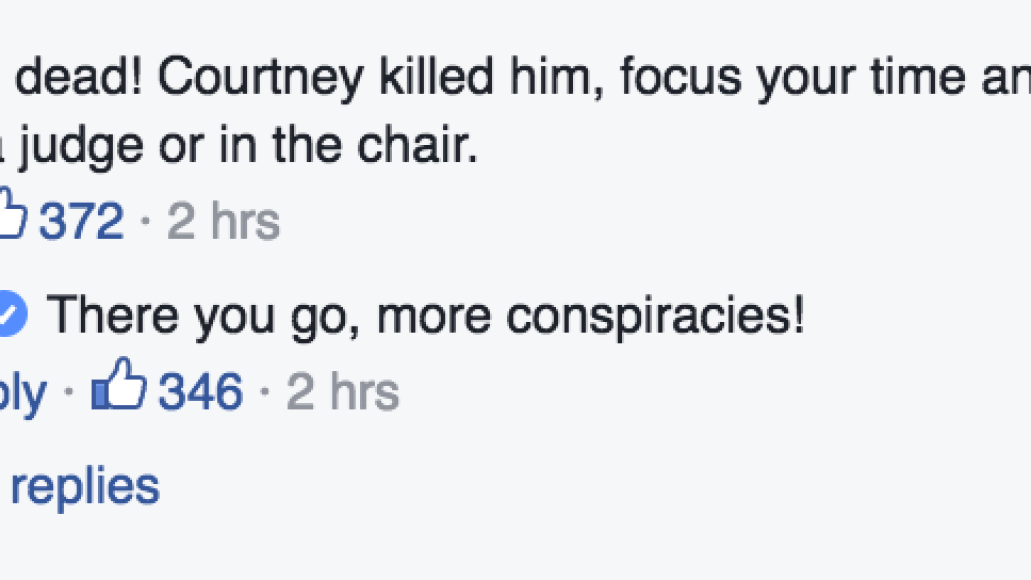 As for the true identity of Ramiro Saavedra? He’s simply a professional Kurt Cobain impersonator who won a Peruvian television talent show in 2012. Watch him perform “Come As You Are”: