Chicago singer-songwriter Ryan “Hoagie Wesley” Ensley has been thanklessly working the DIY circuit for most of his 20s, laying the groundwork for a bad case of tinnitus and maybe — just maybe — a fruitful career in rock music. Ensley’s latest project has him going by the moniker Sonny Falls and making stripped-down, fuzzed-out guitar rock. It’s a bit ironic that he’s chosen to go by a different name now, because the songs on his brief but powerful debut There’s No Magic Left In This World are almost disarmingly personal.

On album standout “Wealth to the City Man”, he talks frankly about the dehumanizing aspect of “driving a bunch of rich people around” while coming to terms with his own life of food stamps and relationships falling apart at the seams. Good thing there’s always a squealing guitar solo or a guttural scream to patch up any tears in the fabric. This is the sound of a songwriter struggling to assert his own agency in a world that refuses to do him any favors. “My life was never mine,” goes the chorus in “Iowa”, but it seems less like a resignation than a call to rage against the dying of light, like Springsteen plus a bathtub full of spit and piss and vinegar.

“I wrote most of this record while living in an old church converted into a DIY space called Young Camelot in Chicago, in a room that was once a priest’s bedroom,” says Falls. “These songs address my experience of being in long term co-dependent relationships, being poor, living with junkies, and ultimately overcoming trauma and trying to exist; whether that means thriving or simply just getting through the day by whatever means necessary, both of which I find to be admirable.”

As lonely as that all sounds, Falls was helped out on the record by Chicago DIY vets Matthew Rogowski (The Peekaboos), Jeff Perlman (Rat Hammer), and Calvin Schaller (Supreme Nothing). Stream There’s No Magic Left In This World in full below. The album will be physically released this fall via Midwest Action; get a digital copy here.

There’s No Magic Left In This World Album Artwork: 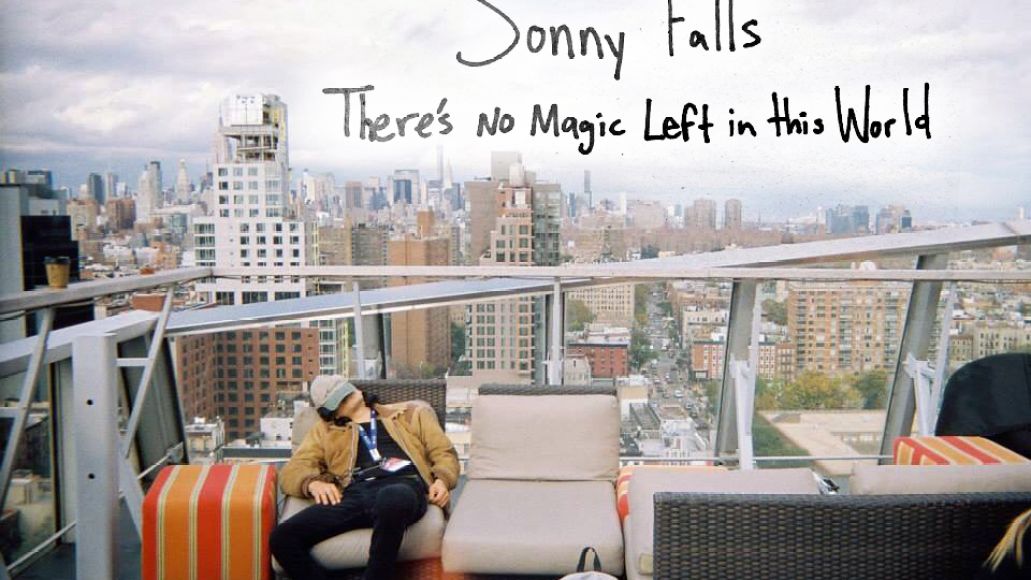