Halloween is still a month away, but nerdcore hip-hop pioneer and longtime Adult Swim voice actor mc chris has been in the haunting mindset for months. And we’re not talking about jack-o’-lanterns and bowls of Snickers — he’s actually written an entire album that’s musically inspired by Stranger Things and thematically focused on horror icon Freddy Krueger. Titled mc chris is Dreaming, it’s due out tomorrow, September 30th.

Gloomy, menacing synths surface in waves throughout the album (“Pop Run”, “Hypnocil”), but it’s mc chris’ high-pitched flow on comic books (of course), gory scenes, and the dream killer himself, Krueger, that takes center stage. “Freddy’s all in your walls, he’s all up in your tub/ He’s got really long arms and he just wants a hug/ He’s made up of maggots and bleeds green slime/ Cleared of all killings, but he’s still serving time,” he rhymes on “Freddy’s Dead”.

Perhaps no track displays his inner nerd with more force than “mc chris Is the Shit”: “Got more misunderstandings than LEGOLAND got minifigs/ More comics in white boxes they’ll crush me in a quake/ I got more Funko Pops than your mom got funnel cake/ I go at it like Gosling when it’s Eva’s cumpleanos.”

Ahead of its official release, CoS is streaming the album in full below. Pre-orders for mc chris is Dreaming can be found here. 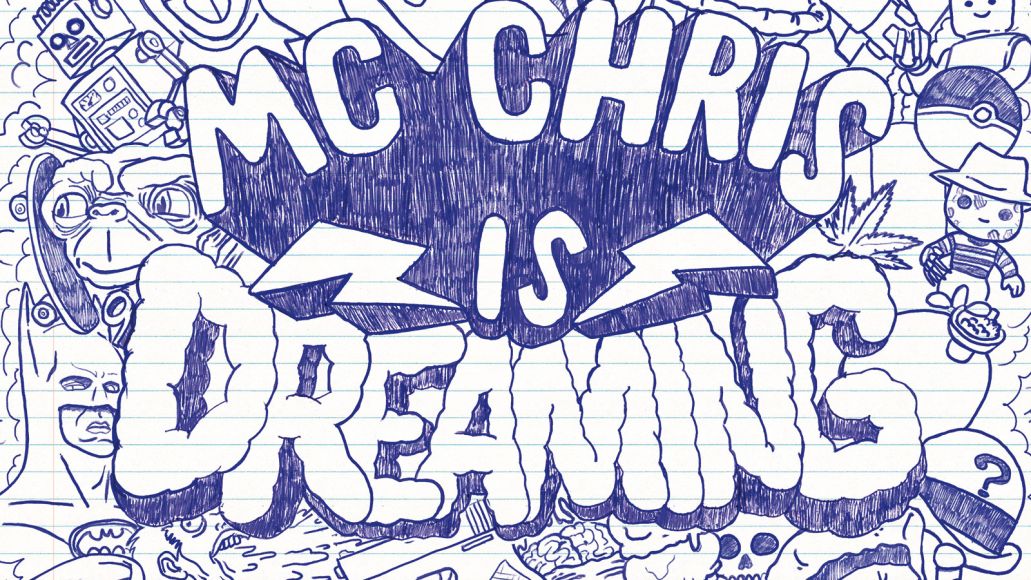