Disney has green-lit several live-action remakes of its animated Golden Age, including this week’s announcement of The Lion King from director Jon Favreau. Also on the way is a new take on Beauty and Beast starring Emma Watson as Belle, Dan Stevens as The Beast, Luke Evans as Gaston, Emma Thompson as Mrs. Potts, Ewan McGregor as Lumière, Ian McKellen as Cogsworth, and Stanley Tucci as Cadenza. Bill Condon (Chicago, The Twilight Saga) directs.

Today brings our first look at Belle and the Beast via a pair of on-set photos. Is it just me or does the CGI Beast look sort of similar to the Devil from South Park? Horns, goatee, overly muscular frame, etc.

First look of our Beauty & The Beast pic.twitter.com/8QEoCm7Gqf 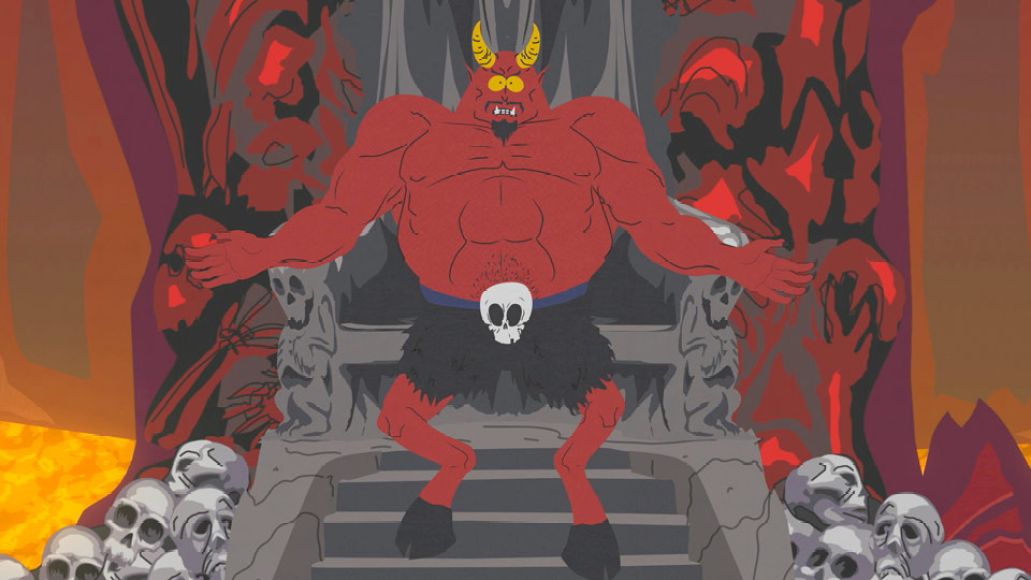 We’re still a few more months away from the film’s March 17th, 2017 release (so there’s still plenty of time to fix the CGI). Check out another photo of Watson as Belle and early concept artwork of Lumière and Cogsworth below.

CONCEPT ART OF LUMIERE AND COGSWORTH ITS SO BEAUTIFUL pic.twitter.com/b6xZlX0OxV