The identity of Banksy remains a great mystery of our time — or does it?

A Scottish writer named Craig Williams seems to think he’s uncovered the truth behind the renowned, yet mysterious graffiti street artist, as The Daily Mail points out.

Banksy is not a singular person, Williams argues, but rather a group of artists led by — wait for it — Massive Attack co-founder Robert “3D” Del Naja. As evidence, Williams points to 12 particular instances in which Banksy artwork appeared in a city at the same time as a Massive Attack concert or recording session. He also notes how both Massive Attack and Banksy got their starts in the city of Bristol, Del Naja’s early years as a graffiti artist of his own, and Massive Attack’s sudden cancelation of a performance at Banksy’s Dismaland last year.

There’s also the long history of collaboration between the two artists; Del Naja appeared in Banksy’s Exit Through the Gift Shop documentary, and Banksy penned the forward to 2015’s 3D & the Art of Massive Attack. Each has also cited the other as an inspiration.

While it’s impossible to know for sure, many who’ve studied the topic extensively believe that British artist Robin Gunningham is the true Banksy. Nonetheless, it’s a cool theory, which you can read it in full here. 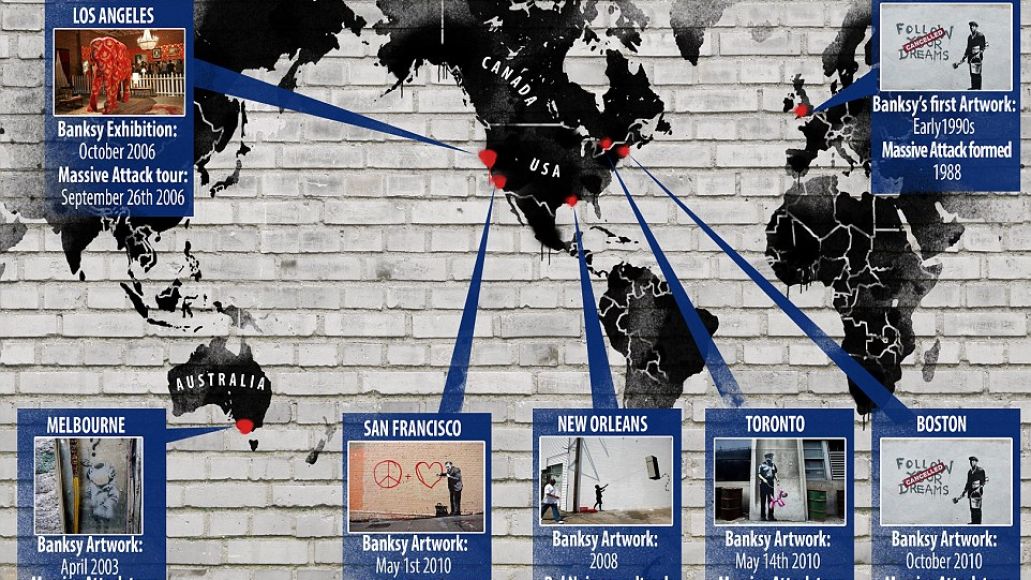