An overwhelmingly large crowd greeted Local Natives as they took to the stage for their Sunday afternoon set at this year’s Lollapalooza. The LA-based indie rock outfit had appeared at the Chicago festival twice before, but this time felt different. For one, vocalist and guitarist Taylor Rice, vocalist and keyboardist Kelcey Ayer, vocalist and guitarist Ryan Hahn, drummer Matt Frazier, and bassist Nik Ewing practically oozed with confidence. This was especially apparent during the set’s closing number, “Sun Hands”, when Rice launched his body into a sea of outstretched hands.

OK, so crowdsurfing at a festival may seem like a bit of a cliché. But for Local Natives, it speaks to something bigger than the moment itself. It speaks to a revitalized band that has discovered a potent blend of energy, optimism, and unrelenting happiness — even as the rest of the world seems to be falling apart.

“We just had this realization of looking at the world around us and seeing that there’s an arrow of progression over time,” Rice says over the phone, reflecting on how his band remains upbeat amid so much political and social upheaval. “I think the minds and hearts of younger generations have a clearer idea of what the world needs from them.” 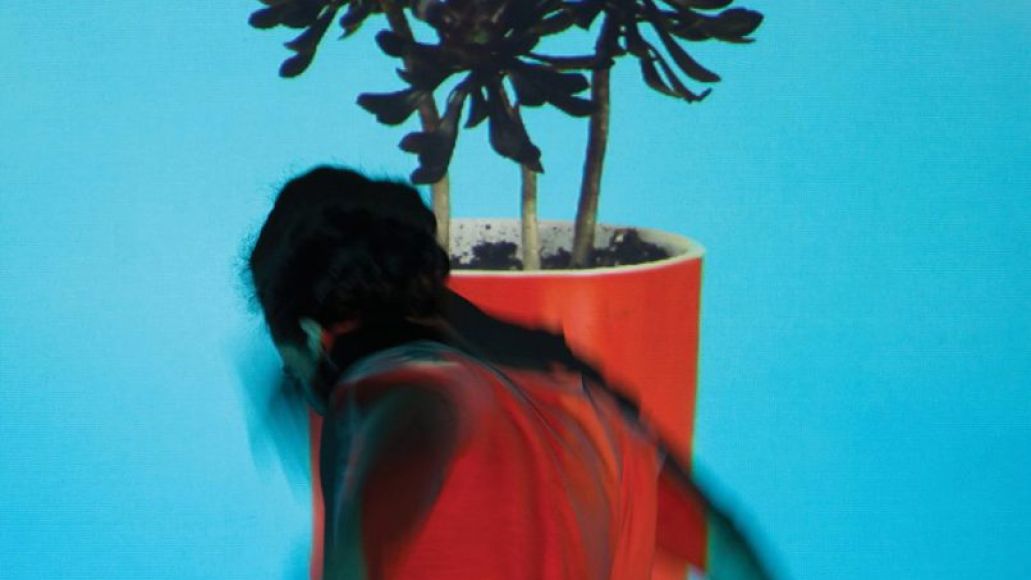 The same could be said for Local Natives. The band’s forthcoming third album, Sunlit Youth, finds them in a sunnier state of mind than their darker sophomore effort, Hummingbird. “That was a heavy time that we really just needed to get out of our system,” says Ayer of that 2013 album, which was largely inspired by the loss of his mother.

By contrast, Sunlit Youth came about after the band had finished wrapping up a tour and just needed to find some joy and happiness again. Rather than dwell on the past, they shifted into a gear of almost childlike wonder, delving into unfamiliar territory as they traveled both near and far to write and record portions of the album.

They also leaned on each other more than ever, building upon their historically democratic approach to the creative process. “We have so many cooks in the kitchen,” Ewing admits. “When [someone] brings a song forward, we all get our hands on it. We’re all just trying to find the coolest and best song in whatever ideas are presented.”

Ayer agrees: “I think there’s a story like that with every song, where someone starts writing and then another person takes it and flips it on its head, and then more people come in and stretch that idea, and things just kind of snowball.”

The snowball effect certainly worked this time around, resulting in a loose, creatively ambitious album that feels miles apart from the band’s 2010 debut, Gorilla Manor. If Sunlit Youth sounds like it belongs to a bigger world than its two predecessors, well, that’s because Local Natives didn’t stay so local for this one. On the contrary, they turned the whole world into their studio.

Two years ago, the band’s members were returning home to Los Angeles following a successful tour behind Hummingbird. For the first time in years, they were there to stay — or so they thought.

As they became reacquainted with LA, Rice says the city felt like a “new world.” At the same time, returning to their roots reminded them of why they wanted to start a band in the first place.

“We were connecting with that euphoria that comes with having ideas and making them come to life,” explains Rice.

While they felt more grounded being back home, their urgent desire for new challenges didn’t keep them in one place for long. As Rice recalls, the need to constantly open themselves up to new experiences soon crept back, prompting a series of trips to destinations near (Ojai, Joshua Tree) and far (Nicaragua, Thailand).

“The main thing with these trips was to stir the pot creatively,” Hahn notes, but traveling also played a role in shaping the ethos of the record. In short, nothing was off limits. Local Natives were free to go out on any limb that felt right, resulting in sonic experiments ranging from the R&B-colored “Coins” to the lo-fi “Jellyfish”(recorded in the living room of a rented home and featuring the sound of cereal being poured in the background) to the politically charged pop anthem “Fountain of Youth”.

As the title suggests, “Fountain of Youth” is probably most indicative of the band’s energetic new approach. The evocative track — “the quickest a song has ever come together for me by far,” says Rice — begins with the frontman whispering, “I think we better listen to these kids.” By the end, he’s the one begging to be heard, chanting: “We can say whatever we want! We can say whatever we need!”

And Rice definitely says what he wants, declaring his political inclinations within a single, powerful line: “I have waited so long, Mrs. President.”

He wrote the line prior to the current election cycle, though he admits that Hillary Clinton was already pegged as the frontrunner at the time. But the meaning goes beyond Clinton (the band actually participated in a free concert for her rival, Bernie Sanders) and has more to do with the possibility of any woman becoming President of the United States or anything else, for that matter.

“That’s one of the things I see a lot of progress in, feminism and our culture pushing towards trying to have a more gender-equal society,” Rice says. “I think we’re going in the right direction, but there’s still a lot to do.”

This emphatic call-to-action feels right at home on Sunlit Youth, an album whose running theme is “claiming agency over our world and our own lives.”

“We just wanted to be a part of something that feels more positive and hopeful, and speaks to the energy of what feels like a new groundswell of people trying to make change for the better,” Hahn says.

“I can definitely see and witness that we’re collectively in such a healthier and happier mind space,” adds Ewing. He believes the band’s internal change illustrates how there is “infinite room to improve ourselves and improve the world around us.”

Speaking of improvement, Local Natives’ Lollapalooza set suggests that they have finally entered into the top tier of festival acts. They still have some work to do before they reach headliner status, but they’re well on the way and have their priorities in order.

“One thing about our band is that we’ve been together for so long,” Hahn says, noting that they’ve been friends since as far back as junior high. “We’ve got this family relationship going on.”

Family is what got the band through their darkest hour and all the transitions that came with it. Some of those transitions show up in lead single “Past Lives”, a track Hahn says helped “[remind] people that we existed.”

But such a reminder seems almost superfluous for a band that shines as bright as Local Natives. Whether working the crowd at Lollapalooza or making a record that reflects their unbridled optimism, they can always be counted on to shed some light.

What the World Needs Now: A Conversation with Local Natives